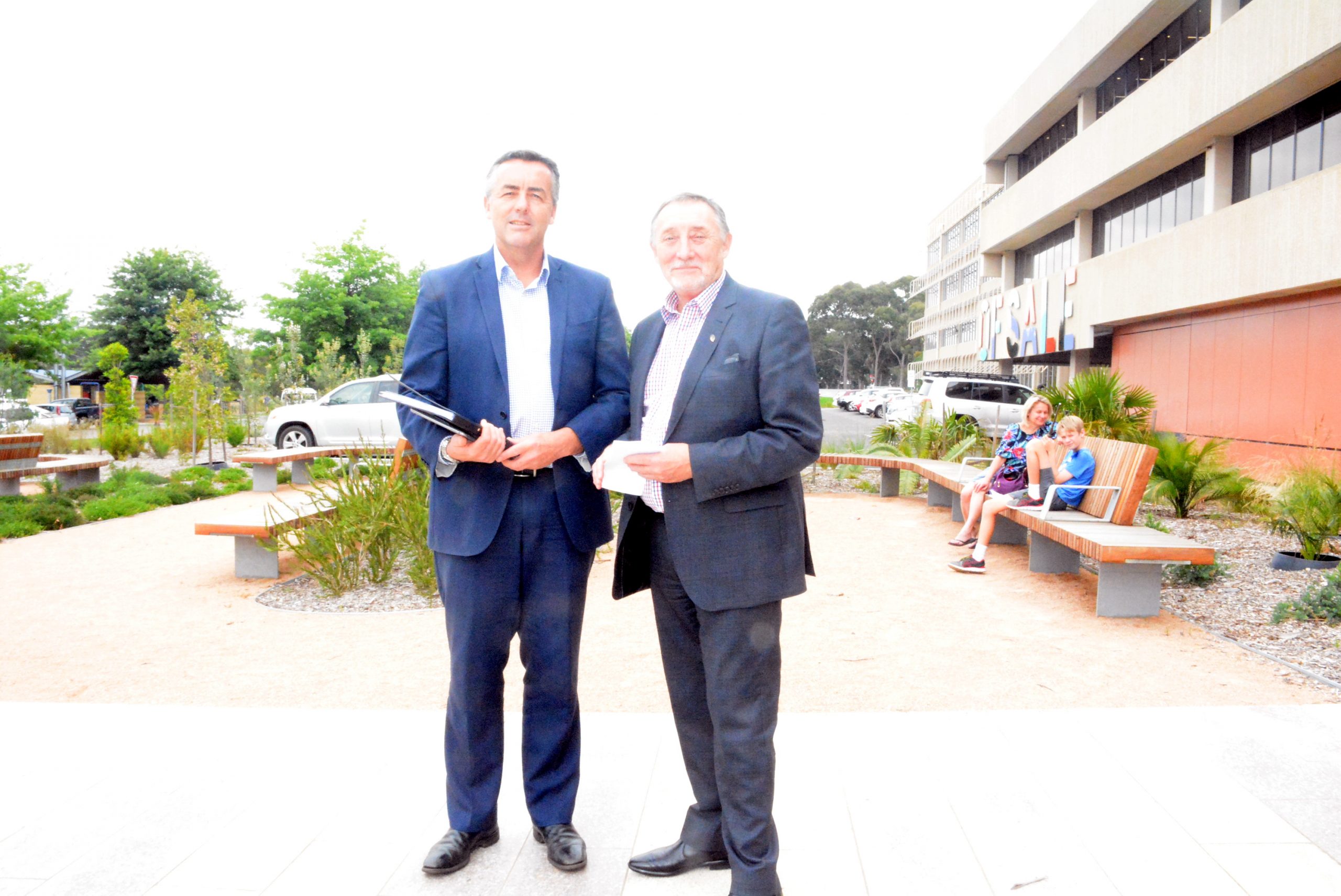 SALE’S livestock yards are in for a major makeover to improve competition and add an online sales approach for buyers and sellers.

The Gippsland Regional Livestock Exchange is just one beneficiary of a $1 million funding boost for Wellington Shire Council from the federal government’s drought communities program.

Mr Chester said the extended drought conditions were making it increasingly difficult for farmers across Gippsland, with a flow-on effect to the small business sector.

“All levels of government need to work together to respond to the drought by supporting community recovery activities and investing in job-creating infrastructure projects,” he said.

“I’m pleased to announce $1 million for Wellington Shire Council to focus on the projects it believes can best support the local community.

“East Gippsland Shire has also been identified as a priority region and also is eligible to receive $1 million for localised projects.”

Mayor Alan Hall said Sale was “well positioned” to capitalise on the excellent IT knowledge and facilities to bring online buying facilities to the stock exchange.

Technology in saleyards is considered to be one of the most important elements of improving throughput and competition.

The Drought Communities Program is targeted at projects that stimulate community spending by using local resources, businesses, suppliers and workers, or provide long-lasting benefits for communities and the agricultural industries on which they depend.

Cr Hall said the funding would also be spent, in conjunction with East Gippsland Council, to increase “visitation” to some of the region’s smaller communities, and help boost local economies.

He said a recent stop in Yarram by a mobile home group showed that there were direct and strong economic benefits for smaller communities when tourism and visitation increased.

“We’ve done some preliminary work with East Gippsland and we want these strategies implemented as quickly as we can,” he said.

“The whole community suffers when farmers suffer — their spend drops and that affects everyone from retail to hospitality.

“We welcome this funding to support not only the farmers, but the wider community, during this time of difficulty.”

Minister for Regional Services, Local Government and Decentralisation Bridget McKenzie said despite the impact of natural disasters, regional and rural Australia continued to punch above its weight in the nation’s economy.

“We know when our regions are strong, so is our nation,” Ms McKenzie said.

“With regional Australia accounting for around two-thirds of our exports and employing hundreds of thousands of Australians, supporting these  communities now is a small price to pay to ensure we keep the economy growing.”

The Drought Communities Program supports communities in the most drought-affected regions of Australia and builds on more than $7 billion of federal government drought support measures.

For information on the government’s Drought Communities Program, visit https://regional.gov.au/regional/programs/drought-communities.aspx.