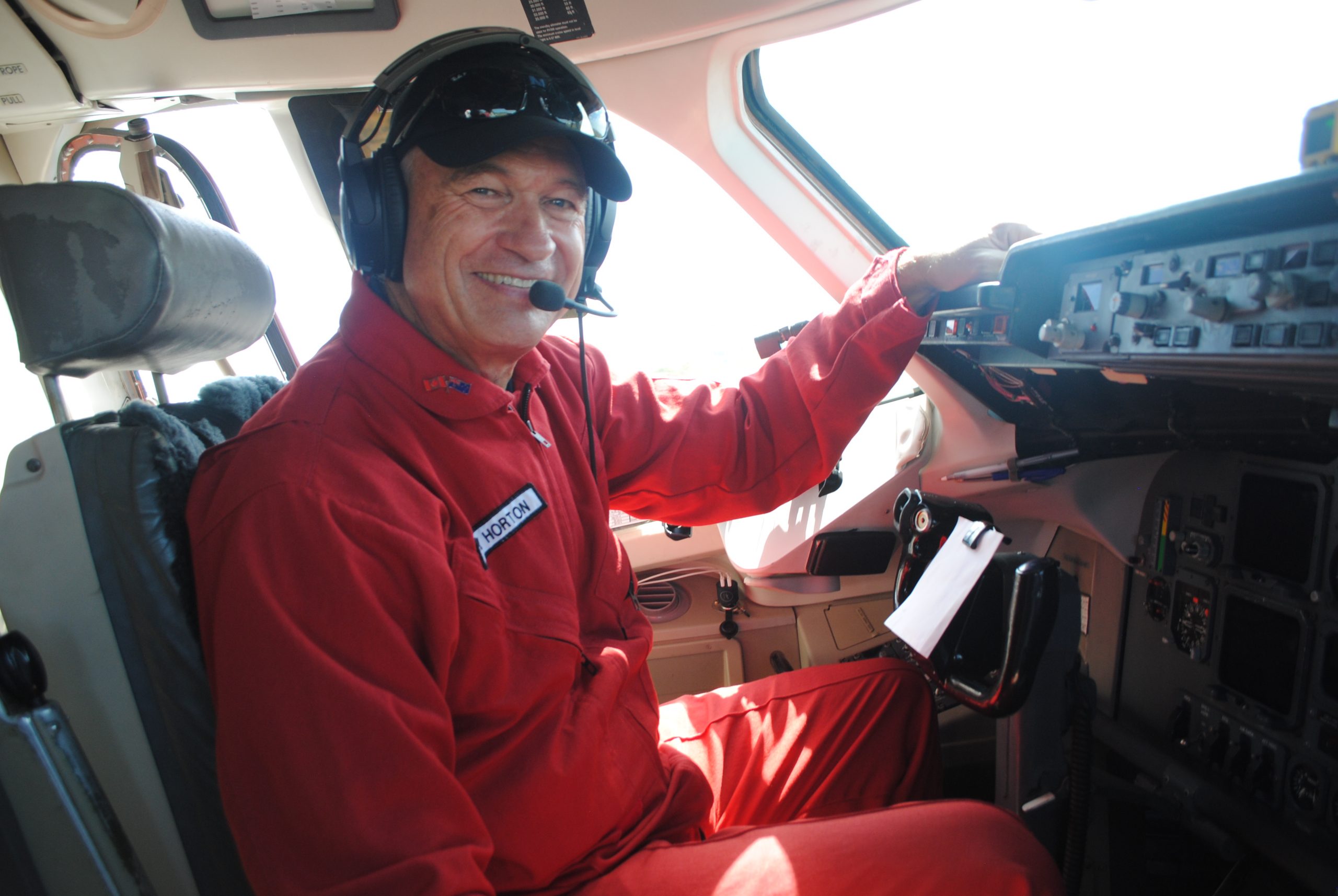 RAY Horton is the captain of the RJ85 Bomber 391 large air tanker, otherwise known as Boomer, or the best insurance policy ground crew firefighters have.

Able to carry 11,500 litres of water or retardant, the Large Air Tanker is the equivalent of almost four of the smaller firebombing aircraft based in Gippsland.

Boomer is one of two large air tankers in Victoria, and part of a core firefighting fleet of 49 aircraft strategically used around the state.

Previously, because of the aircraft’s size, Boomer has only been able to operate out of Albury, Mildura and Avalon airports, resulting in long turnaround times.

As of last week, RAAF Base, East Sale has stuck up its hand to host the plane.

This reduces the Rosedale bushfire turnarounds from an hour to Avalon, to just 20 minutes.

A mobile refuelling station has been set up at the RAAF base, where the plane refuels, and loads up retardant and water.

Since then, Ray has joined the arsenal of firebombers doing their best to hold the flanks of the fire, which started over a week ago.

“I think the RAAF base opening up for us here and allowing us to work out of here is going to be a tremendous advantage for firefighting in all of eastern Victoria,” he said.

“It really is about transit times and quick turnarounds on a fire — the quicker we can get to a fire, hopefully the smaller we can keep that fire and be able to contain it sooner.”

Ray said the aerial bombing work he undertook was just a support of the ground crew — “the ground firies are the ones that do the really hard work”.

“We’re there to try and contain it, knock the heat out of the fire, put a little bit of a fence around it and that allows the firies to get in close and work closer to the fire and put the hotspots out that are along the edges,” he said.

“It was wind driven and very fast moving on the first couple of days, but on the last day I think we were able to make some progress and help the firies get some of their objectives completed that they’ve been trying to do.”

After spending his summer fighting fires in his native Canada, Ray pops down to Australia during the Canadian winter to fight fires during the summer here.

“In Victoria, you can almost count on a wind change every afternoon,” he said.

“That might not be the same in other parts of the world; you just sometimes have to attack the fire more directly because the winds can’t be relied on to change.”

While Ray and the other pilots are offered a unique vantage point of the fire, they’re part of a firefighting team, carrying the same objective.

“This is a job you either love to do, or it’s just not up your alley — in my particular case, I love firefighting,” he said.

“It’s not something I wish for, fires, but it’s a very challenging and rewarding job when you’re able to help the firies on the ground contain the fire.”

“Of course, it is a job at the end of the day, and it pays the bills, but it’s more a job you do because you love it.”