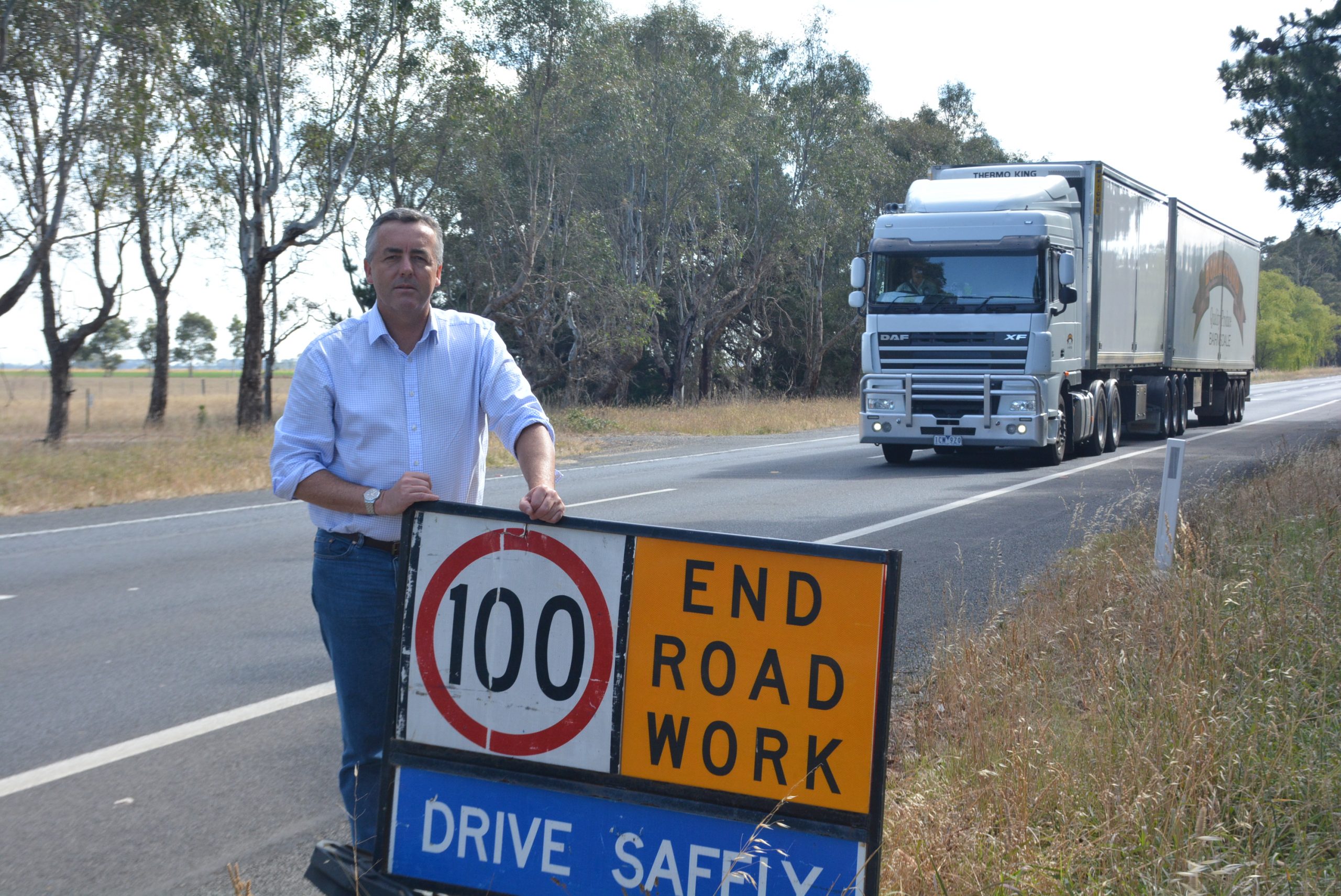 THE federal and state governments appear to be in a stand-off over funding for the final two stages of the Princes Highway duplication.

Gippsland MHR Darren Chester says the Princes Highway duplication project has stalled because Premier Daniel Andrews is refusing to provide Victoria’s share of the funding for the final two stages, labelling lack of commitment to the project as “mind-numbingly stupid”.

But a state government spokesperson said it would not be lectured on infrastructure funding, and would consider its approach to the remaining two stages “in due course”.

An outspoken advocate for road safety, a frustrated Mr Chester warned lives would be lost on the highway if the Labor Party didn’t back the project, which had previously received bipartisan support.

“It amazes me that the state government is stalling this project when nine stages are complete,” Mr Chester said.

“The final two stages are expected to cost $165 million and all other sections have been funded, with an 80-20 split between the federal and state governments

“I was pleased to secure $132 million from our federal government in last year’s budget, but the Victorian Labor government is yet to commit its $33 million share.

“It would be disgraceful if the duplication project isn’t completed, and I’ve written to the Premier urging him to stop stalling and get on with the job.”

In the letter, Mr Chester highlighted the road safety features, along with local jobs and productivity benefits of the duplication project.

“A better, safer Princes Highway will reduce road trauma and save lives in our community,” Mr Chester wrote.

“At the same time, there are local job opportunities during construction, benefits for the visitor economy by improving access to our region, and productivity gains for the transport sector and local industries.

“The last of these first nine sections — at Nambrok between Nambrok Rd and Maffra-Rosedale Rd, and east of Traralgon between Minniedale Rd and Sheepwash Creek Rd — were opened to traffic before Christmas,” Mr Chester said.

“I want to ensure work on the duplication project does not stall.

“It’s now time for the Victorian Labor government to commit funding to the final two stages.

“There is plenty of money being spent in Melbourne on new road and rail projects — and more was promised by the ALP during the state election campaign.

“Everyone who travels along the Princes Highway between Traralgon and Sale has been incredibly patient, but frustration is growing because there’s no end in sight.

“Gippslanders want this 42-kilometre duplication project to be completed as soon as possible.

“The Victorian government must allocate money to this project immediately to save lives and avoid further delays for motorists.”

In a statement prepared for the Gippsland Times, a spokeswoman from the Transport Department said Labor would not be lectured by the Morrison minority government on infrastructure funding, and would consider its approach to the remaining two stages in due course.

“Whether it’s the Gippsland line upgrade or record investment in country roads, locals know it’s the Labor government that gets things done,” the spokeswoman said.

With the waiting game continuing, Mr Chester said along the highway duplication, the alternative Sale truck route and bypassing of Traralgon were the three priorities Gippslander’s needed to see completed.

“You would have to be mind-numbingly stupid to not commit to the project when the funding is on the table,” he said.