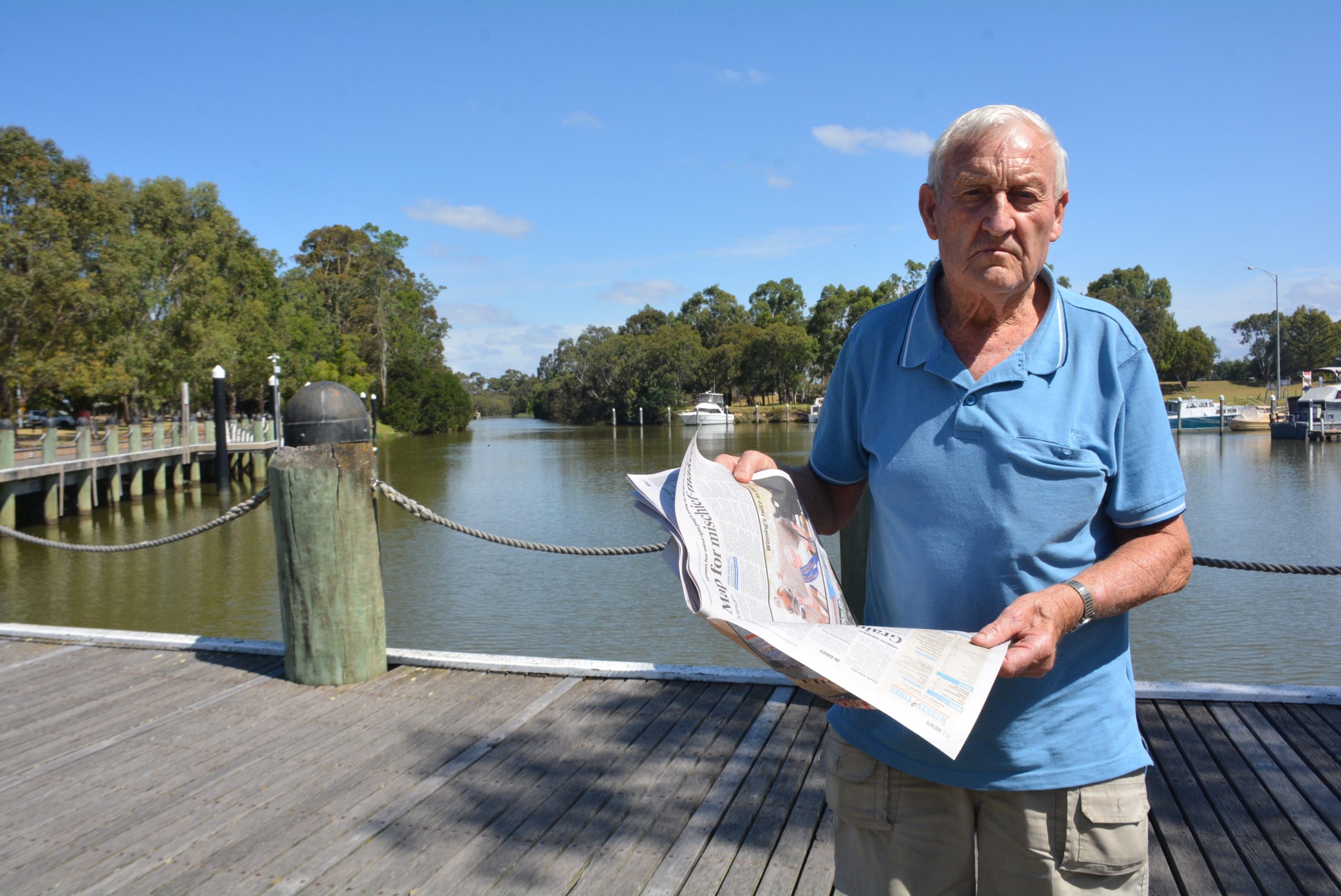 AN animal activist group has sparked outrage among Wellington Shire farmers after the location of several properties were included on a map designed to expose animal cruelty.

The Aussie Farms map — which shows four animal-related businesses in Tinamba, Maffra, Stratford and Sale — is described on the group’s website as “an interactive map of factory farms, slaughterhouses and other animal exploitation facilities across Australia” in a bid to “force transparency on an industry dependent on secrecy”.

People are invited to upload images and information they have about individual farms or facilities.

However, the site has not relied on accurate or up-to-date information, with one of the Sale businesses listed not even in operation any more after being destroyed by fire last year.

Respected former dairy farmer Alex Arbuthnot said the map presented an inaccurate story about farms, and should be taken down immediately.

“Absolutely it should be taken down; these and other groups provide a real challenge for us in the industry to get the right stories and information about the challenges we address,” he said.

Mr Arbuthnot, who is the chair of Agribusiness Gippsland, said the map was an “outrageous invasion of farmers’ privacy”.

“Our dairy farmers are very aware that happy cows make happy milk, and more of it,” he said.

“How would these people like their address given out to farmers to come onto their properties?

“If the shoe was on the other foot, it would be a different story.”

Mr Anderson, whose family has run a mixed farming operation for generations, rejected the group’s assertions that farmers were being secretive.

“What these people don’t understand is the biosecurity risks of people going from farm to farm,” he said.

He said anybody encouraged to trespass on farmland was creating huge risks for farmers and their animals.

The VFF and NFF have met with the federal government to lobby for the removal of the animal welfare group’s charity status.

But the only course of action currently available for farms and businesses identified on the map is to write to Aussie Farms to request their names or properties be removed.

He said Aussie Farms was levelling accusations of animal cruelty at some Gippsland people “just going about their business”.

“It goes beyond any attempt to address animal cruelty, and presents misinformation,” he said.

Mr Jochinke said the VFF had few courses of action available in cases where the map was just “a catalogue of addresses”, but there were legal avenues where farms and businesses were being defamed or where there had been evidence of trespass.

He told the Gippsland Times the challenge now was for the farming industry to show the public that farms were not “cruel” just because animals were killed.

One farmer on the VFF website is calling for new laws to make interference with food production a domestic terrorism crime.

“Farmers don’t have enough to worry about?” he wrote.

“Now we have to worry about some idiot, who couldn’t understand or care what it takes to be responsible for living beings, invading our properties in the name of activism.

“Time to pull up your breeches and make a stand.”

Mr Jochinke said the farmer’s advocacy group believed farmers should have the “right to farm”, and for “responsible farmers to undertake their daily business activities without intervention from activists”.

Mr Jochinke said he was also calling on Facebook to remove the map, and wanted the police to be on alert for illegal behaviour.

“We encourage the Victorian Police to be aware of the activity unfolding, to ensure the safety of Victorian farms, to apply  appropriate penalties for those breaking the law, and we are interested in receiving legal advice regarding the implications of these actions on privacy and trespass laws,” he said.

An Aussie Farms spokeswoman said the organisation had no interest in filming people’s homes, and if what farms were doing was morally defensible, “there should be no issues in the public seeing where the products come from”.

She said in other areas the organisation had documented the maceration of day old male chicks in the egg industry, the slaughter of week old bobby calves in the dairy industry and acute suffering on pig and broiler farms.

“Everyone with the interest of honesty, integrity, freedom of information and transparency would support this project and map,” she said.

The organisation has a statement on its website stating its core values were “in the rights of non-human animals to not be exploited, owned, abused, or killed for human purposes”.