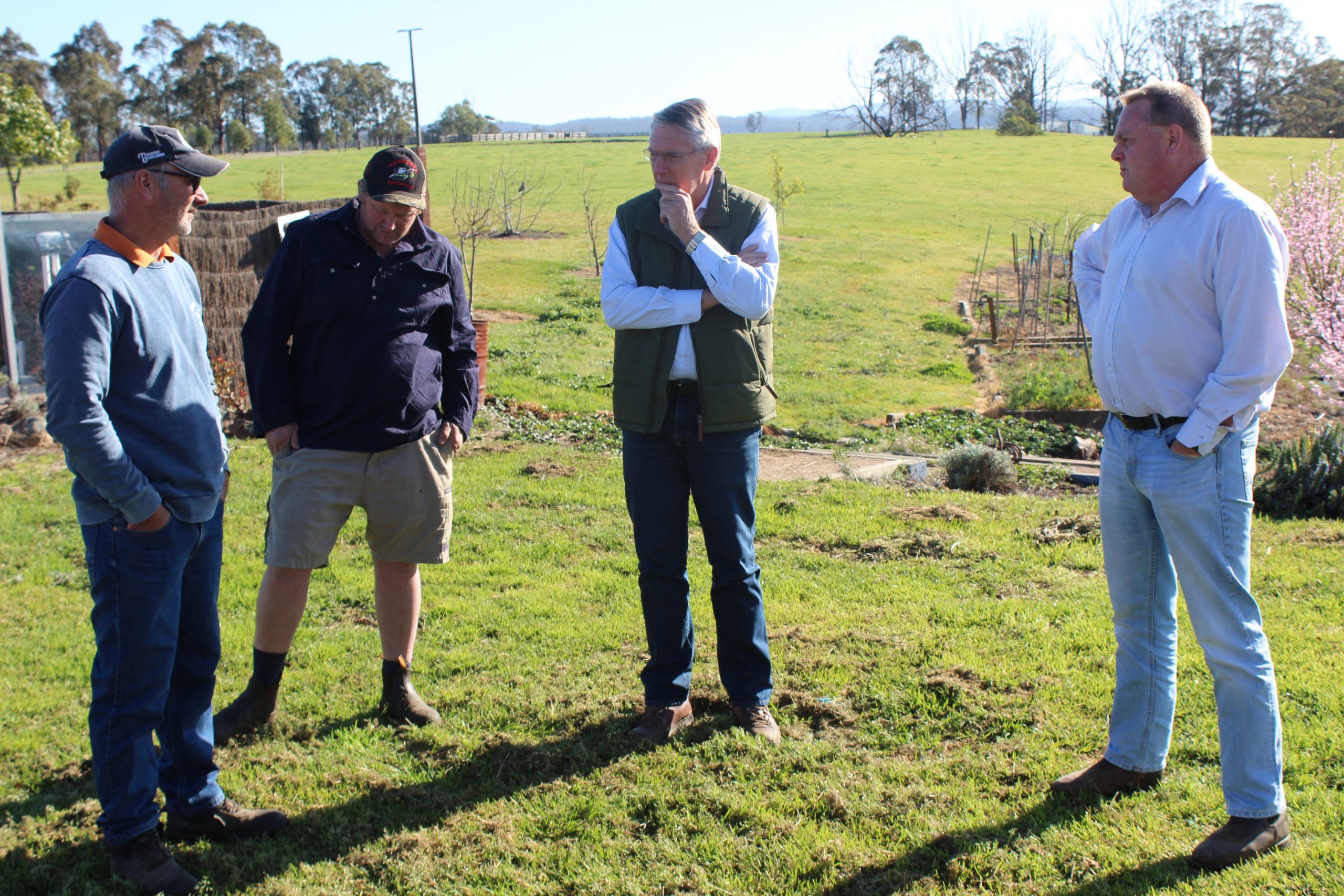 GIPPSLAND East MLA Tim Bull has told Premier Daniel Andrews that drought-affected farmers need rate relief, urging him to visit the area to see for himself the devastation caused by lack of rain.

Mr Bull has told the premier that council rate subsidies would provide some immediate financial relief, adding it was an obvious next step, given the unrelenting dry conditions in the region.

He told Mr Andrews that at a series of on-farm forums he convened late last year, almost all agreed that the one subsidy that would assist all and could be equitably provided during the drought, was council rate relief.

He said other suggestions included subsides for freight, water-carting, superphosphate for when it rains and power for additional pump use.

“The view was, savings in rates could be invested into each farmer’s area of need, or if they had no specific need (other than financial hardship) it would simply provide some badly needed financial relief in this difficult period,” Mr Bull said.

“Last year the previous Agriculture Minister, Jaala Pulford, when pushed on the issue preelection, pointed out that rates were not due until February, and a decision on them would need to be made ‘in the new year’.

“The situation since the election has worsened considerably in many areas, and with rates due imminently, farmers and their families need to know rate relief will be provided.

“Our farmers need assistance with fixed recurrent costs, and the overwhelming feedback and my strong view is that council rates is the fairest form of relief.

“They are due imminently, it would provide some immediate financial relief and hopefully free up some capital for various on farm needs.”