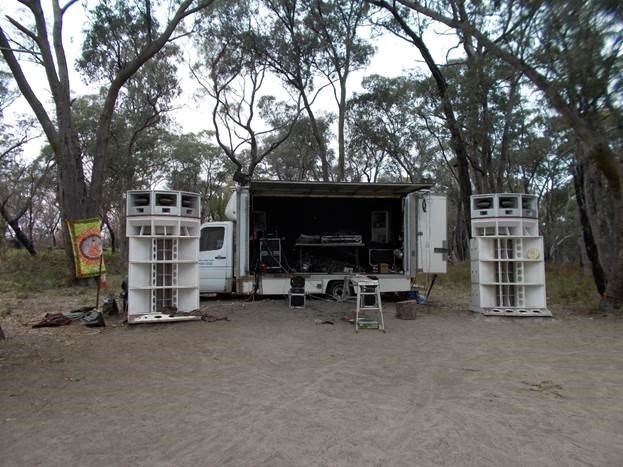 Holey Plains State Park is currently closed because of the Rosedale fire which burnt more than 12,000 hectares earlier last month.

It has been reported that up to 1000 people paid $60 each to attend the illegal event, which was organised without permits, public safety or emergency procedures or concerns for the natural environment.

Combined, the two men were prosecuted on eight charges including conducting an unlicensed event, erecting equipment without a permit, unlawfully displaying advertising, camping in an area not permitted and driving off-road.

Both men failed to appear and were prosecuted ex-parte at the Sale Magistrates’ Court. The two men from Springvale and Trafalgar received convictions, a fine of $1000 and $2000 respectively, and ordered to pay costs.

Parks Victoria regional enforcement coordinator Martin Downs said Parks Victoria would investigate and prosecute people who did not respect parks and waterways so these charges should serve as a warning to others.

“We are focussed on protecting and conserving Victoria’s natural environment and ensuring visitors to our parks and waterways have a safe and enjoyable experience. To ensure our parks are looked after, we require permits for events to make sure it is appropriate for the park landscape. There are significant public safety and environmental impacts to consider when planning and participating in an event such as this,” he said.

“We urge those enjoying the great outdoors to respect the natural environment and other park users.”

Visitors to parks and forests are encouraged to research trips and destinations thoroughly prior to departure to get the most out of their stay and avoid possible penalties. Parks Victoria officers actively patrol and enforce regulations to make sure visitors are conducting activities safely and conforming to regulations.