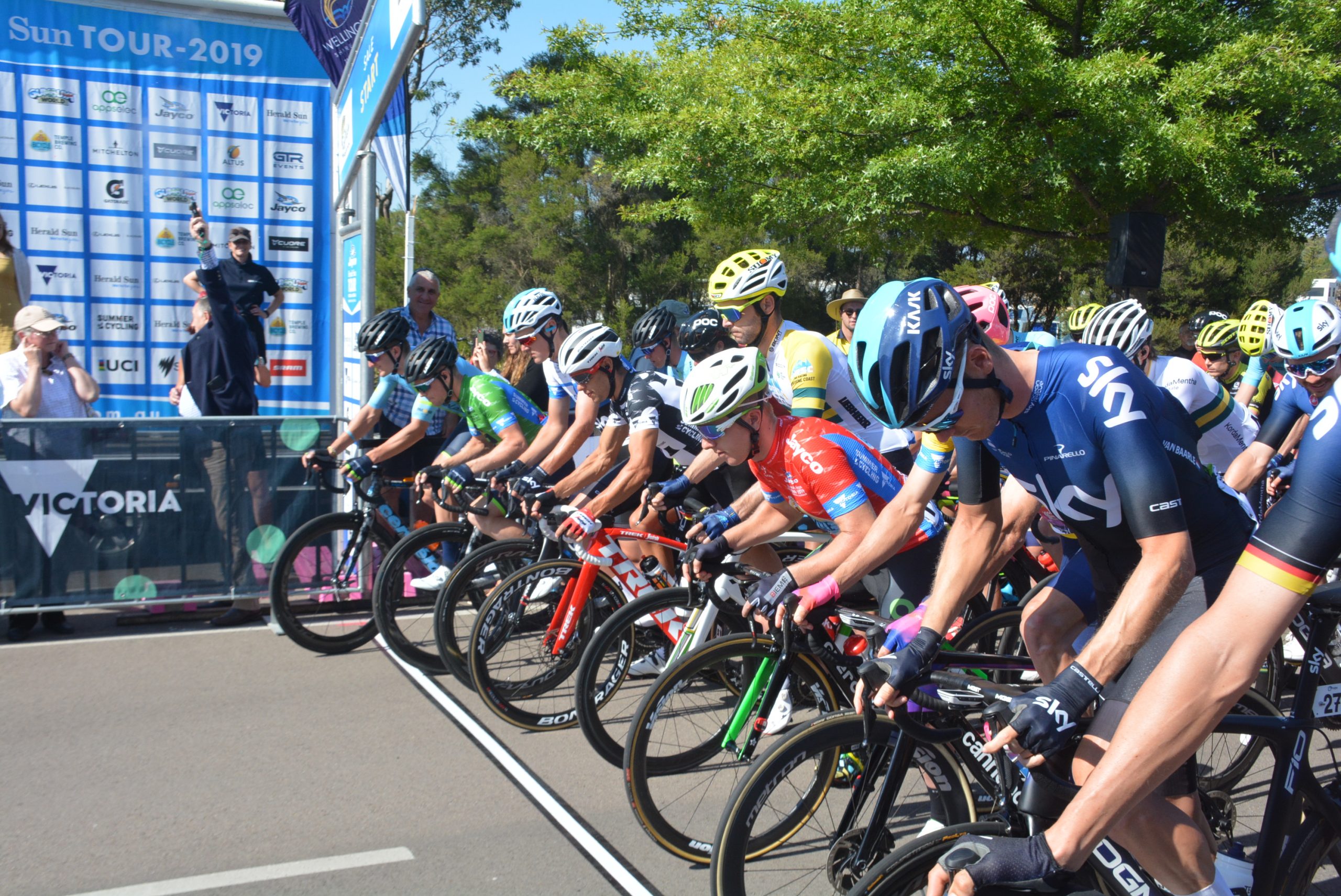 As well as the yellow jersey, van Baarle’s Sky team also won three stages, the king of the mountains and young rider categories and the teams classification.

Ayden Toovey of the Bridgelane team was the exception, taking home the green sprinter’s jersey.

Van Baarle claimed the leader’s yellow jersey after the fourth stage on the Mornington Peninsula, which was won by Australian Nicholas Schultz (Mitchelton-Scott) in his first professional victory.

Superb, sunny conditions greeted riders for the start of the Sun Tour’s longest journey, the 161.6 kilometre third stage from Sale to Warragul.

Riders lined the Port of Sale last Friday, with Tour de France rider Richard Porte among the competitors as a sizable crowd was on hand to see off the riders.

Departing Sale at 10am, the peloton were expected to arrive in Warragul at 2.15pm, after making its way through Tinamba, Heyfield and further along through Yallourn North.

Narrow roads and open farmland early in the stage gave opportunity for the race to be split apart, and undulating and twisting roads in the middle of the stage presented a chance for a strong breakaway group to gain some time on the peloton and make for a hard chase closer to the finish.

The race was marred by a crash that happened only 34km out of Sale that brought down several riders and resulted in newly-crowned Australian road race champion Michael Freiberg being forced out of the race and taken to Latrobe Regional Hospital for stitches to facial wounds and attention to severe grazing and bruising. He has since been discharged but his first tour in the green and gold was cut short.

Eighteen-year-old junior Oceania champion Carter Turnbull was also caught up in the crash and was taken to LRH under medical care.

The intensity of the race was high, and after some brief breakaway attempts the race officially split 40km into the stage, with nine riders holding a five-minute margin from the chasing peloton.

Within sight of the finish line, Sky riders Owain Doull and Luke Rowe stormed clear. The British teammates completed the one-two, with regular workhorse Doull taking the honours. Victorian Liam White was 29 seconds behind the pair to claim third.

Woods and Porte went head-to-head on the final climb before Woods beat the Tasmanian to the finish line to take the yellow jersey from Dan McLay, who won the first stage around the Phillip Island Grand Prix Circuit.

Queensland’s Lucy Kennedy won the women’s tour, which ended with the second stage at Churchill on Thursday.