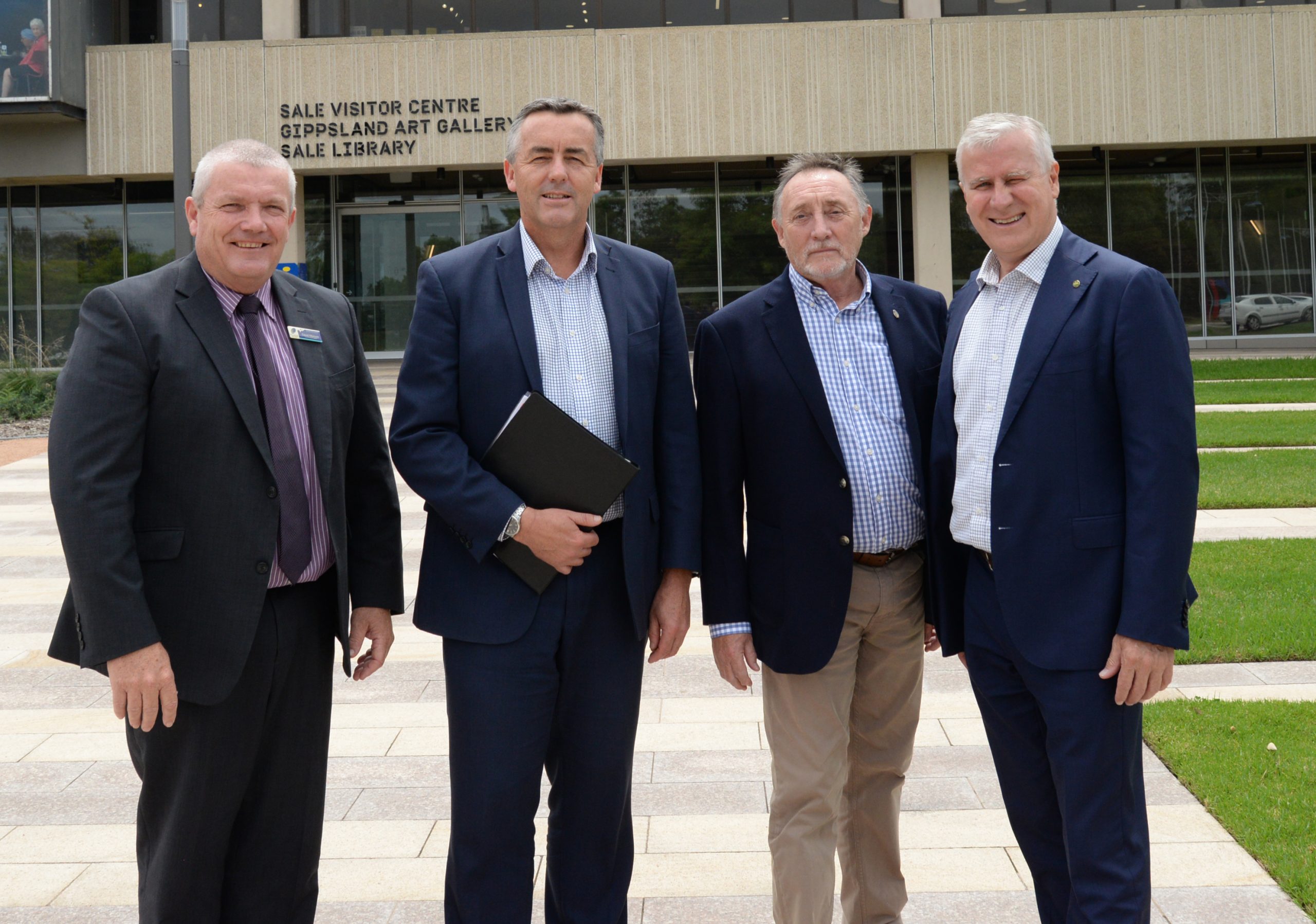 THE ongoing affects of the drought and recent bushfires were top of the agenda when Deputy Prime Minister Michael McCormack met with Wellington Shire Council.

Wellington Shire mayor Alan Hall, council chief executive David Morcom and economic development officer Mark Coleman painted a detailed picture of the affect, not only on farmers and the wider agricultural sector, but also those in businesses such as retail who were directly feeling the impact of a downturn in local spending.

The Deputy PM was also briefed about how councils and other agencies were working together to try and assist those impacted by the drought.

The federal government has provided $1 million in direct assistance to council to provide support, which has allowed it to roll out direct assistance programs like free cartage of potable water to farm households.

To date, council has received around 350 phone calls from farm households wanting to take up the offer, as their potable water supplies diminish.

Mayor Hall said he also advised the Deputy PM that council had passed a formal motion to write to the Premier Daniel Andrews seeking an immediate escalation of the status of the drought in Wellington Shire from moderate to severe.

“If this escalation was approved, it would provide freight and fodder subsidies and other forms of financial assistance to our farming community, as outlined in the Victorian Drought Preparedness and Response Plan,” he said.

“The Deputy PM also assured us that Canberra was well-aware of the issues we are facing down here in Wellington, due to strong advocacy on behalf of Member for Gippsland Darren Chester.

“We are pleased Michael McCormack decided to see our region for himself and speak to those directly affected, because sometimes is can seem as though we have been forgotten in the wider narrative of drought in Australia.”

Mr McCormack, who is also the federal Infrastructure, Transport and Regional

Development Minister, was invited to the region by Gippsland MHR Darren Chester, who was pleased he was able to give Wellington Shire Council the opportunity to speak directly to the Deputy PM.

“This was a great opportunity for the Deputy Prime Minister to hear from council about its infrastructure priorities, such as completing the Princes Highway duplication between Traralgon and Sale, and phase two of the Macalister Irrigation District modernisation project,” Mr Chester said.

“Importantly, it was also a chance to hear about the work Wellington and East Gippsland (councils) are doing to assist our farmers during this drought and work out what more can be done to help them.”