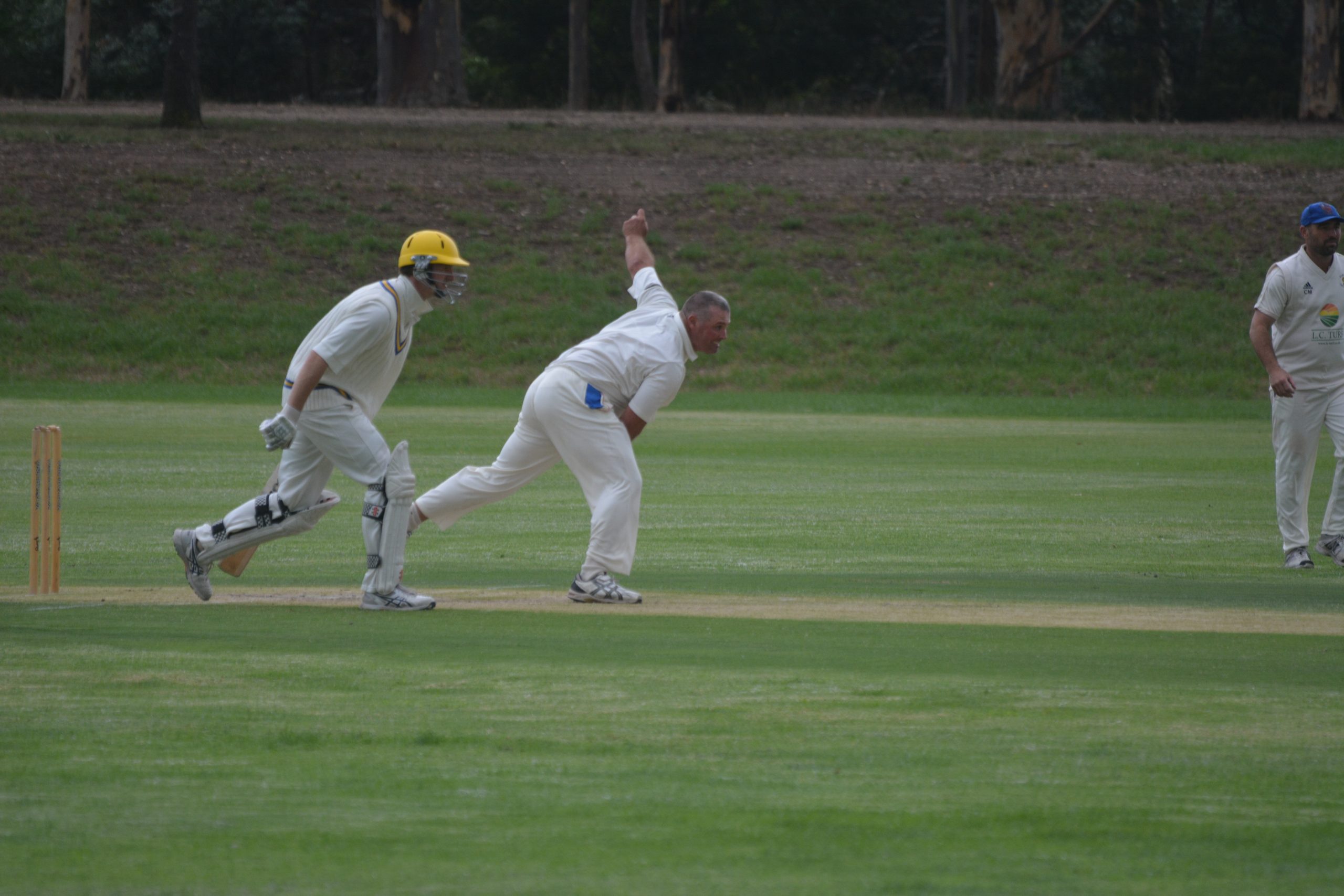 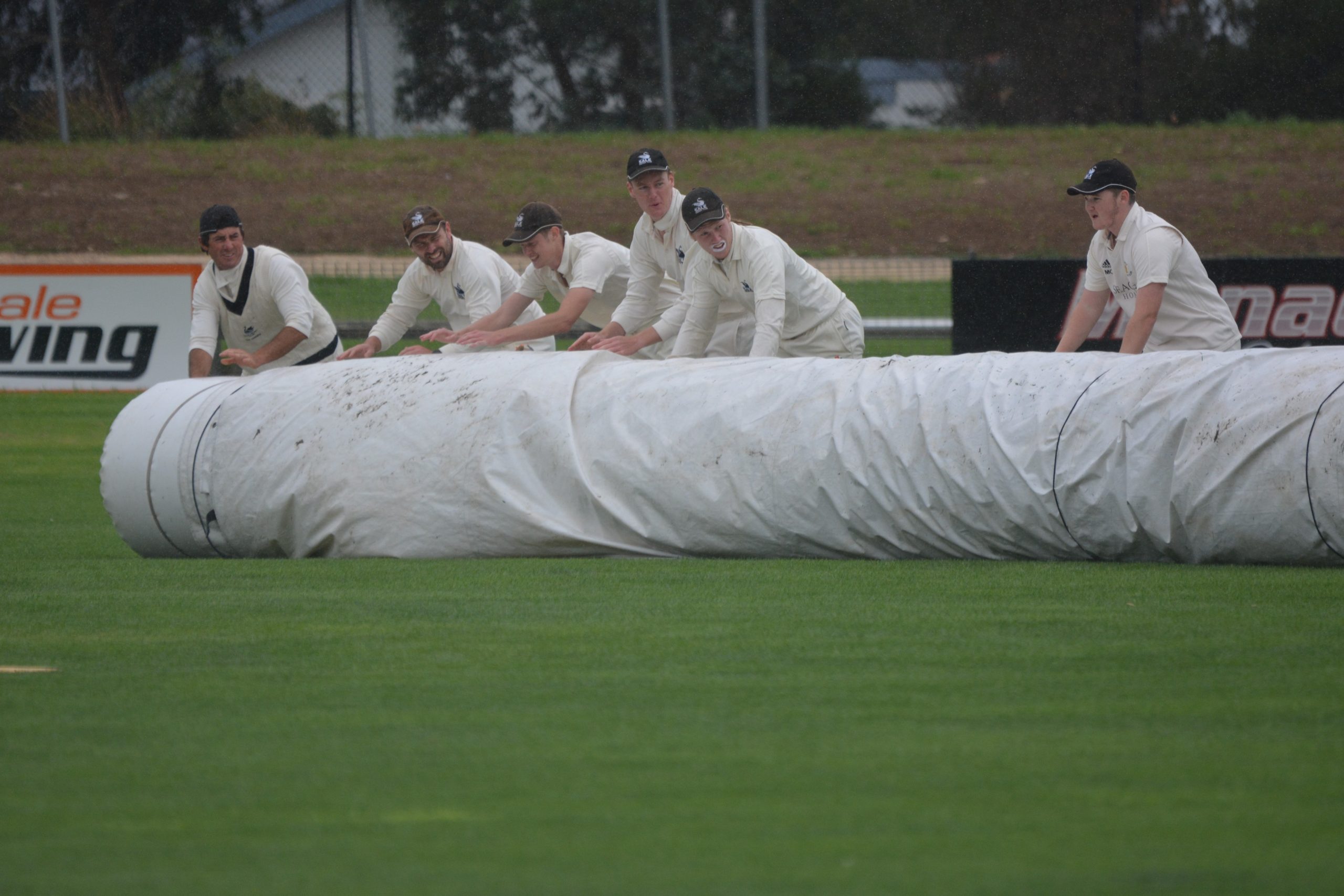 ROSEDALE-Kilmany was humbled by Collegians, bowled out for just 30 on Saturday.

Rain on day two of Sale-Maffra cricket’s 12th round challenged batsmen. Despite the rain, a result was achieved in three of the four first grade matches.

Collegians returned to the top of the ladder after humbling RK at home.

College was in a strong position after scoring 286 the previous weekend, and had the Warriors on the back foot early on day two, at 3-10.

All six of his wickets came from catches.

Two players top-scored for RK, with five, as the innings finished in the 41st over.

Collegians only needed to use four bowlers, with each claiming at least one wicket. Captain Jack Tatterson took 2-18 from 18 overs.

The loss pushed the Warriors down to seventh place on the ladder.

Andrew Nicholas and Darshana Gunasekara both claimed four wickets for the home side.

Nicholas claimed the wickets of both Bundalaguah openers to have the visitors in trouble at 2-9. Things got worse for the Bulls when Ben Jones bowled Sam Tudor with the score on 10.

Nigel Sellings, who top-scored with 17, and captain Sam Bedggood tried to steady the innings, but were gone in quick succession, leaving the Bulls 5-36.

Gunasekara claimed the next three wickets, including that of Jake Wynd for 13.

Sale batted for three overs before the end of the match was called, finishing on 1-6.

BOISDALE-BRIAGOLONG remains less than a point outside the top four following its victory over Longford.

In reply to the Saints’ 140, the Lizards were bowled out for 65, with Liam Hurst claiming four wickets for the visitors and Jack Wrigglesworth two.

Lachlan Cunningham top-scored for Longford with 23, while Brett McMaster contributed 17.

Batting a second time, Boisdale-Briagolong made 5-59 from 15 overs. Jonathan Beech scored 24 and Hurst 14, while Sam Baugh and Cunningham each claimed two wickets for the Lizards.

THE match between Maffra and Stratford was drawn.

Twenty overs were lost at Maffra because of rain, with the home side batting out its 60 overs to finish at 5-117 in reply to the Redbacks’ 263.

The Eagles were 2-6 after Simon William claimed the first two wickets, before Ben Sly and captain Josh Davis combined for a 70-run partnership, which ended when Davis was bowled by Jack Rietschel for 32.

Sly was on his way to the pavilion soon after, after being trapped leg before wicket by Dylan Bolton for 40. Cooper Bailey was then caught off Rietschel’s bowling for one, giving Stratford a chance to win.

Coming together at 5-78, Connor Bailey (26) and Grant Thornton (seven) batted out the overs to avoid defeat.

The draw keeps Maffra in third place on the ladder, and moved Stratford in sixth.