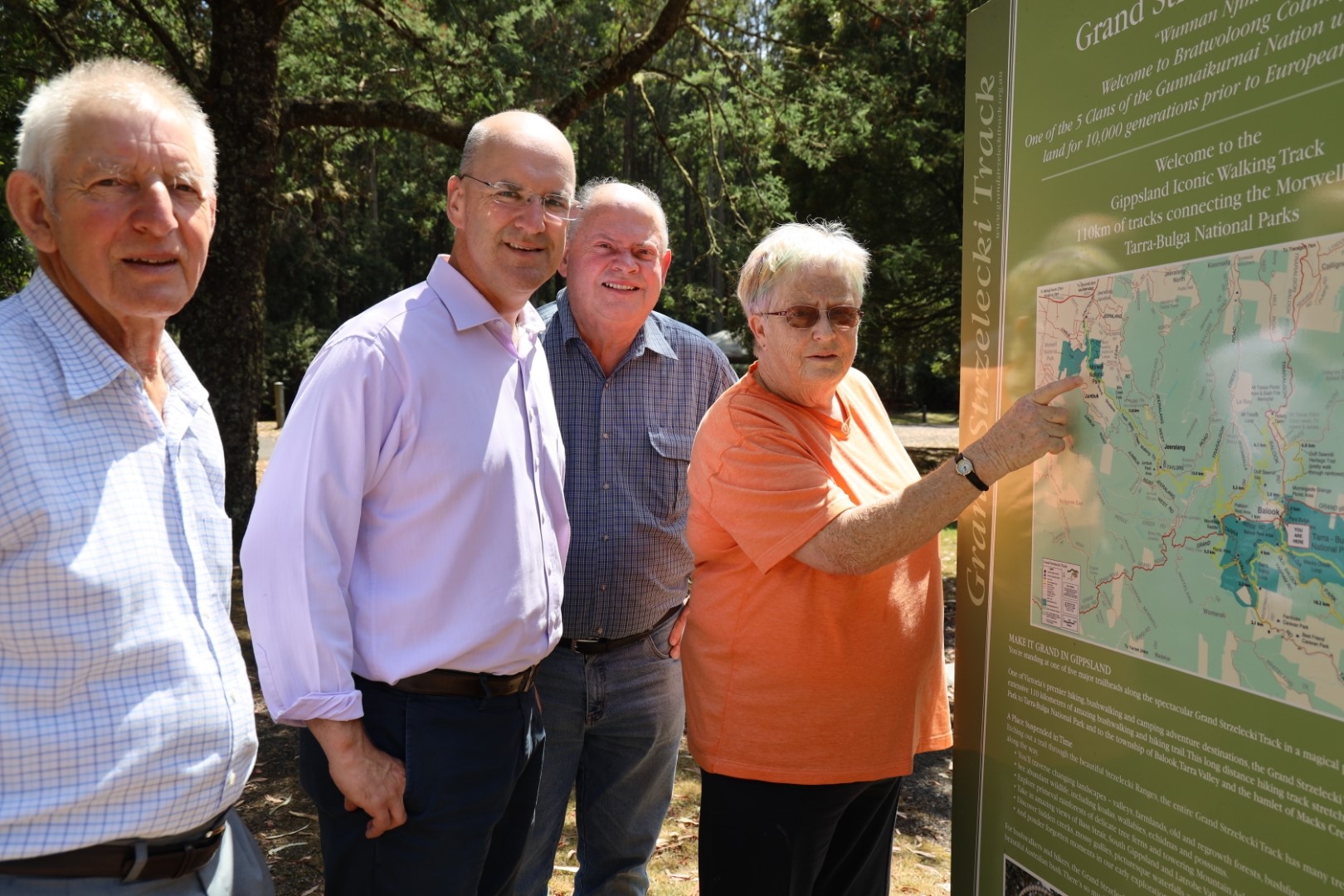 THE state government has been called on to provide its support to better maintain the Grand Strzelecki Track, which runs between the Morwell and Tarra Bulga National Parks.

Gippsland South MLA Danny O’Brien has written to a number of ministers seeking to improve maintenance of the track within the National Parks, and for funding assistance to maintain the remainder of the track.

Mr O’Brien’s actions followed a recent meeting with committee members of the Grand Strzelecki Track who are concerned Parks Victoria has not been upholding its agreed actions to keep the track clear for walkers.

“The Grand Strzelecki Track was opened in 2012 as an initiative to boost tourism and make our beautiful Strzelecki Ranges more accessible,” Mr O’Brien said.

“Running form the Morwell National Park in the Latrobe City, to Tarra Bulga in Wellington Shire, it has the support of a committed group of volunteers, both municipalities and the state government.

“I understand that there were agreements put in place when the track was first opened about who was responsible for its maintenance.

“The committee is concerned that maintenance in the Parks Victoria sections could be better and I have asked the Minister for Environment to act to ensure that Parks Victoria sticks to its agreed actions.”

Mr O’Brien has also sought help from the Regional Development Minister for the volunteer committee to maintain parts of the track which run through private and Crown land.

“The Strzeleckis are a beautiful part of Gippsland and the section that the track runs through has simply stunning areas of forest as well as beautiful views across the Latrobe Valley and south towards Wilsons Prom,” Mr O’Brien said.

“It’s important that we keep the track open because Gippsland needs as many tourism attractions as possible to help us create jobs and a thriving business environment.”