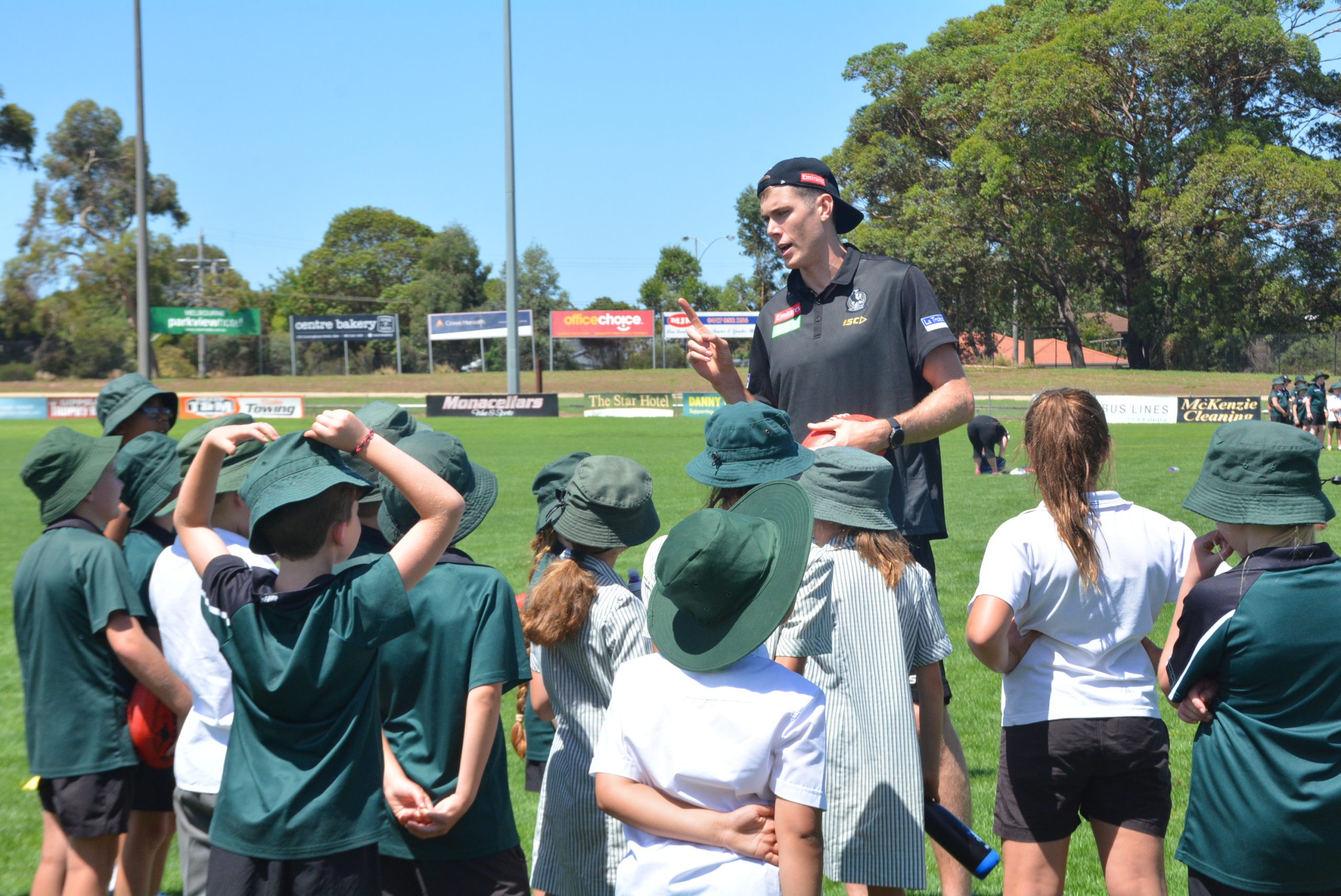 STUDENT from Gippsland Grammar and Sale Primary School were treated to a super clinic from the Collingwood Football Club on Monday, when the Magpies came to Sale as part of their AFL Community Camp program.

The black and white army swooped into Gippsland for a two-day camp hosted by AFL Gippsland, with 26 players participating in a range of activities aimed at promoting the game and supporting grassroots football clubs, leagues and Auskick centres.

Players of note included reigning Copeland Trophy winner Steele Sidebottom, and hard nut Taylor Adams, who both ran a question and answer session, telling kids to make sure they maintained a healthy diet and lifestyle.

All Australian ruckman Brodie Grundy was also on hand to share his expertise, as was rising star Jaidyn Stephenson, along with Tim Broomhead, Brody Mihocek and the man at the centre of the controversial end to last season’s grand final, Tom Langdon.

Groups of students were rotated to various stations at 15-minute intervals around Sale Oval, with handball targets, marking bags and inflatable goals all giving participants a chance to partake in various aspects of Australian football.

American revelation and Richmond nemesis Mason Cox was part of the Collingwood turnout, and paid tribute to his captain and former Sale footballer Scott Pendlebury, who was a surprise no-show at his home club.

“It’s a testament to his career that this place is known for him,” Cox said.

“I don’t know if you’ll find another Scott Pendlebury in the world but hopefully there’s one in the next generation coming through.”

A Collingwood spokesperson said it was great to be so warmly welcomed by the Sale community, which provided an opportunity for the team to interact with its regional fans.

The Magpies will be back in Gippsland on February 24, and supporters will have the chance to cheer on their women’s team when Collingwood takes on Greater Western Sydney at Morwell Recreation Reserve.