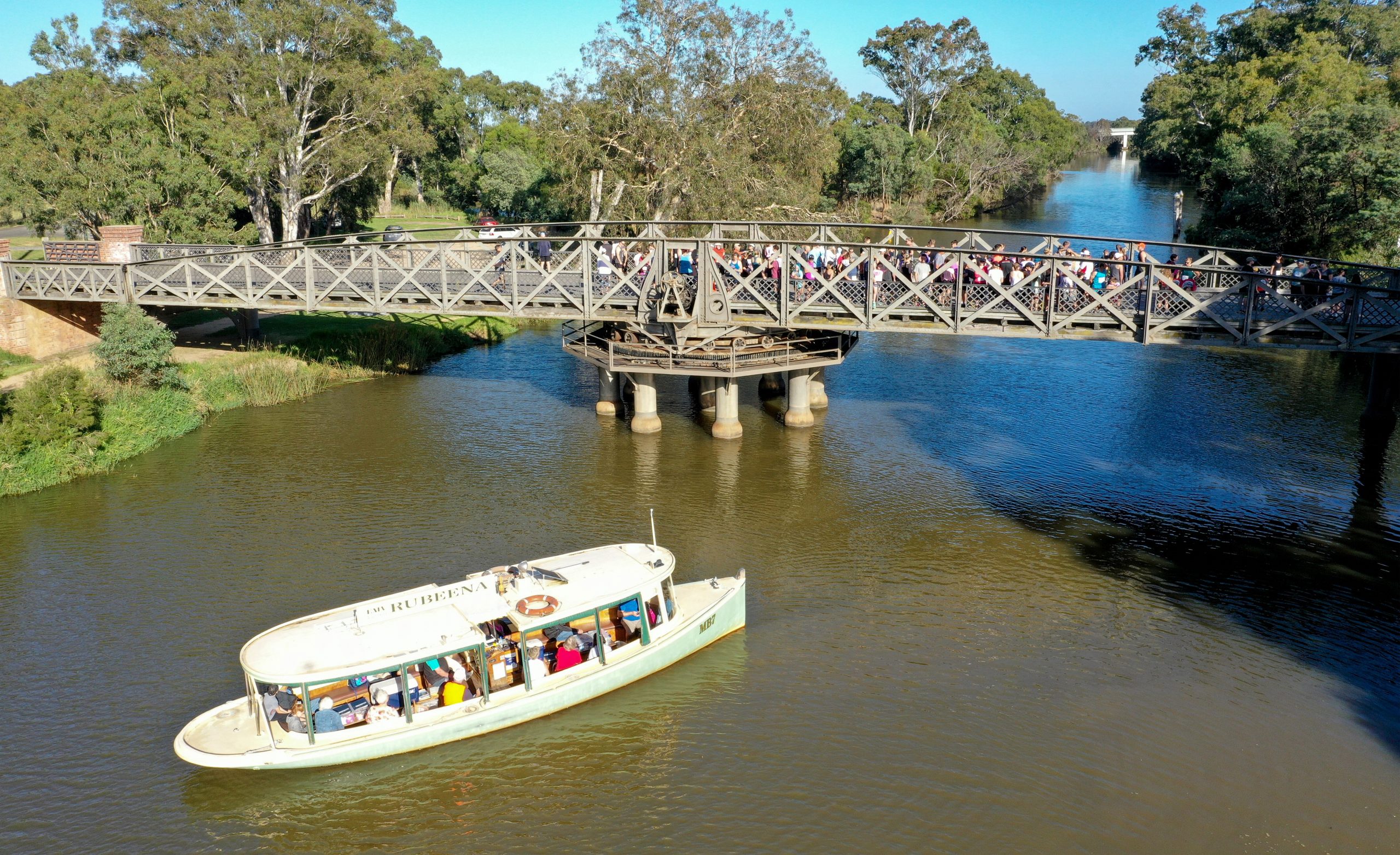 SALE’S answer to the Puffing Billy Great Train Race was another success, with the second running of ‘Race the Rubeena’ attracting a large  contingent to the Port of Sale last Sunday.

Close to 300 competitors entered, with runners ranging from fitness freaks, parents pushing prams and those keen on a Sunday morning stroll along both the 10 and five kilometre circuit from Flooding Creek to and from the historic Longford Swing Bridge.

With the Rubeena travelling about eight knots, most runners completed the course in half an hour, with Gippsland MHR Darren Chester also taking part, and pledging to donate $2 for every runner that came in ahead of him.

Seventy-six people crossed the line before Mr Chester, who rounded his donation to the nearest hundred, happily handing over $200 to the cause.

In the finish, a significant amount was raised by Sale Rotary for Central Gippsland Health, who were the chosen organisation to benefit from this year’s event.

The money raised will go toward buying two crash carts for CGH to use to respond to incidents such as cardiac arrest.

The Rubeena was named after the wife of its owner David Coates, and is believed to be one of the oldest registered boats in Australia.

Ironically, it was registered on April 4 1912, just 11 days before the Titanic met its watery grave in the North Atlantic, meaning the Rubeena has spent more time on top of the water than Titanic has under it.