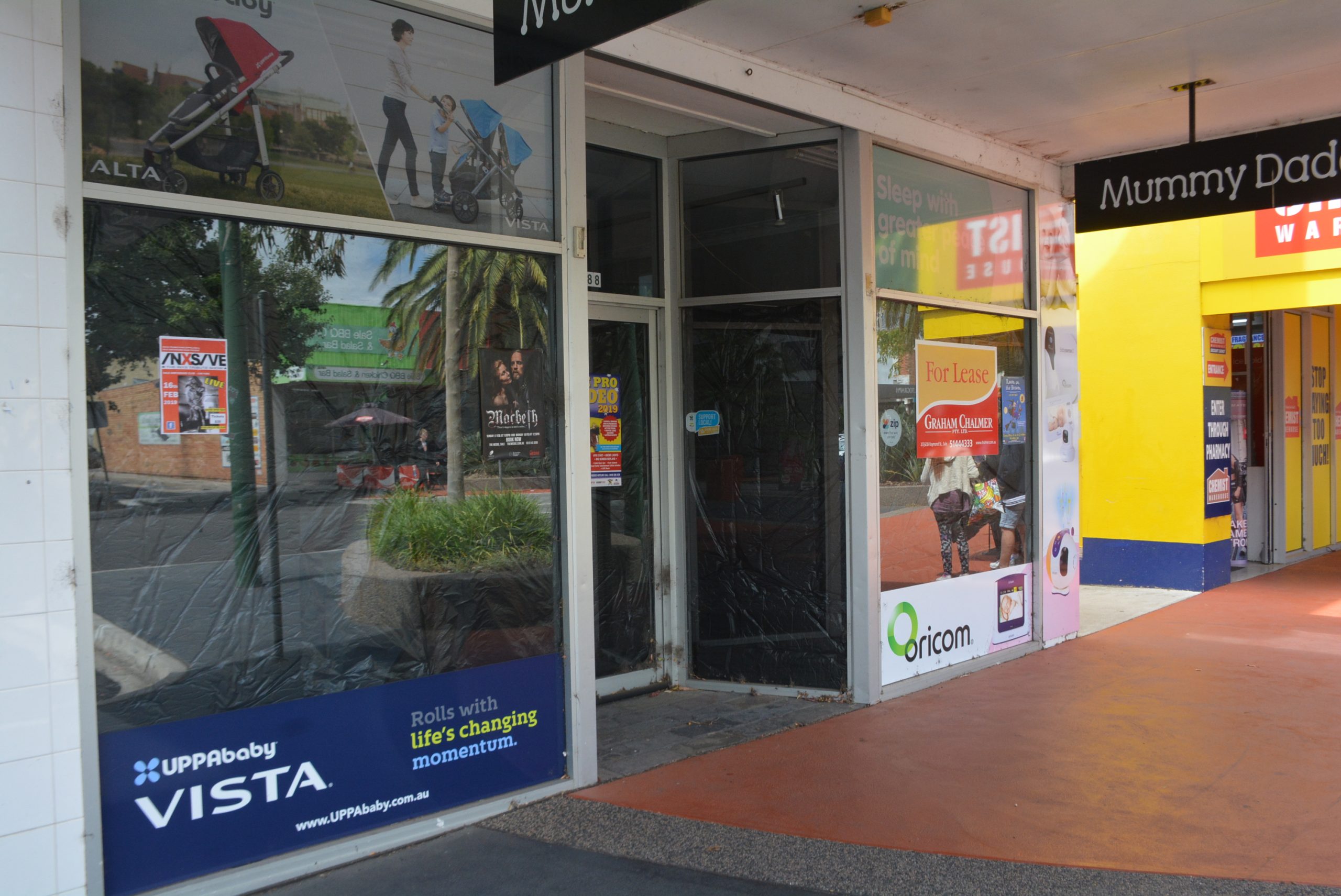 THE Sale business community remains optimistic, despite some vacant shops.

At last count, there were 16 empty stores along Raymond St.

There are also a number of other businesses in the central business district closing, with fashion chains Millers and Black Pepper shut since January.

Some independent operators along Raymond St have been feeling the pinch, with Mick’s Phone Repair recently closing its doors, while clothing store Hello Pretty, just three doors down, will be following suit next month, both attributing their closures to mounting running and overhead costs.

Hello Pretty owner Rebekah Coulthard said Christmas sales were down 50 per cent on other years.

“It’s just been too quiet,” she said.

“I don’t want to close, but that’s just the way its happening at the moment.”

Naomi Cranston from the Sale Business and Tourism Association said while it was a common first reaction to think the worst when seeing empty shop fronts along Raymond St, the current state of affairs was the result of a number of reasons, including business expansion, fluctuating profit margins and owners retiring, all of which made up the natural progression of business.

Ms Cranston said with a glass half full approach, potential existed for enthusiastic investors to try and make something positive of the situation.

“This is a fantastic opportunity for new businesses to open up and bring greater diversity to the CBD,” she said.

“Other external issues such as drought and fire also have an economic effect on local business, as well as those directly affected.

“This is why SBTA take every opportunity to assist our local business through networking and correspondence as well as working closely with other agencies and organisations to provide support and education,” Ms Cranston said.

“Considering the stats that the percentage of money that stays local with a spend of $100 is 66 per cent when spent in a local business, 48 per cent with a chain store and only four per cent when shopping online, SBTA regularly promotes our ‘Support Local’ message and encourages the use of our Shop in Sale e-vouchers, with over 40 local small businesses participating in the program to help create a stronger local economy, business diversity and strength and jobs for future generations.”

Gippsland South MLA Danny O’Brien, who has raised concerns about the number of empty shops in Sale, said more help was needed for those requiring assistance.

“While this is somewhat cyclical and shops often come and go, there’s no doubt retail conditions are tough everywhere, and that’s exacerbated locally by the deepening drought,” he said.

“Empty shops is not a phenomenon restricted to Sale — most regional towns and suburban strip shops are struggling as technology and consumer patterns change.

“Online shopping might bring some convenience, but it’s to the detriment of local shops and jobs for our kids.

“Having said that, the Andrews Labor government could help boost our local economy in a number of ways.

“A consistent policy of decentralisation of industry, jobs and government departments that doesn’t just favour Geelong, Ballarat and Bendigo would help bring new industries and jobs to our city and help revitalise the CBD.

“Construction of a new TAFE campus for Sale is a plus, and the government should get on with the job as quickly as possible.”

Despite the situation, real estate agent of 32 years, Chris Morrison, said he held no great concerns for the future or prosperity of businesses in Sale, believing it was up to landlords to make lots as attractive and affordable as they could.

“Vacancies are currently at eight per cent, which we would like to have hovering around five per cent — but the positive is this creates opportunities for new tenants or businesses to expand,” he said.

With the cycle of business taking its effect, one new store is due to open soon along Raymond St, with a lotto outlet earmarked to occupy one of the current vacancies.