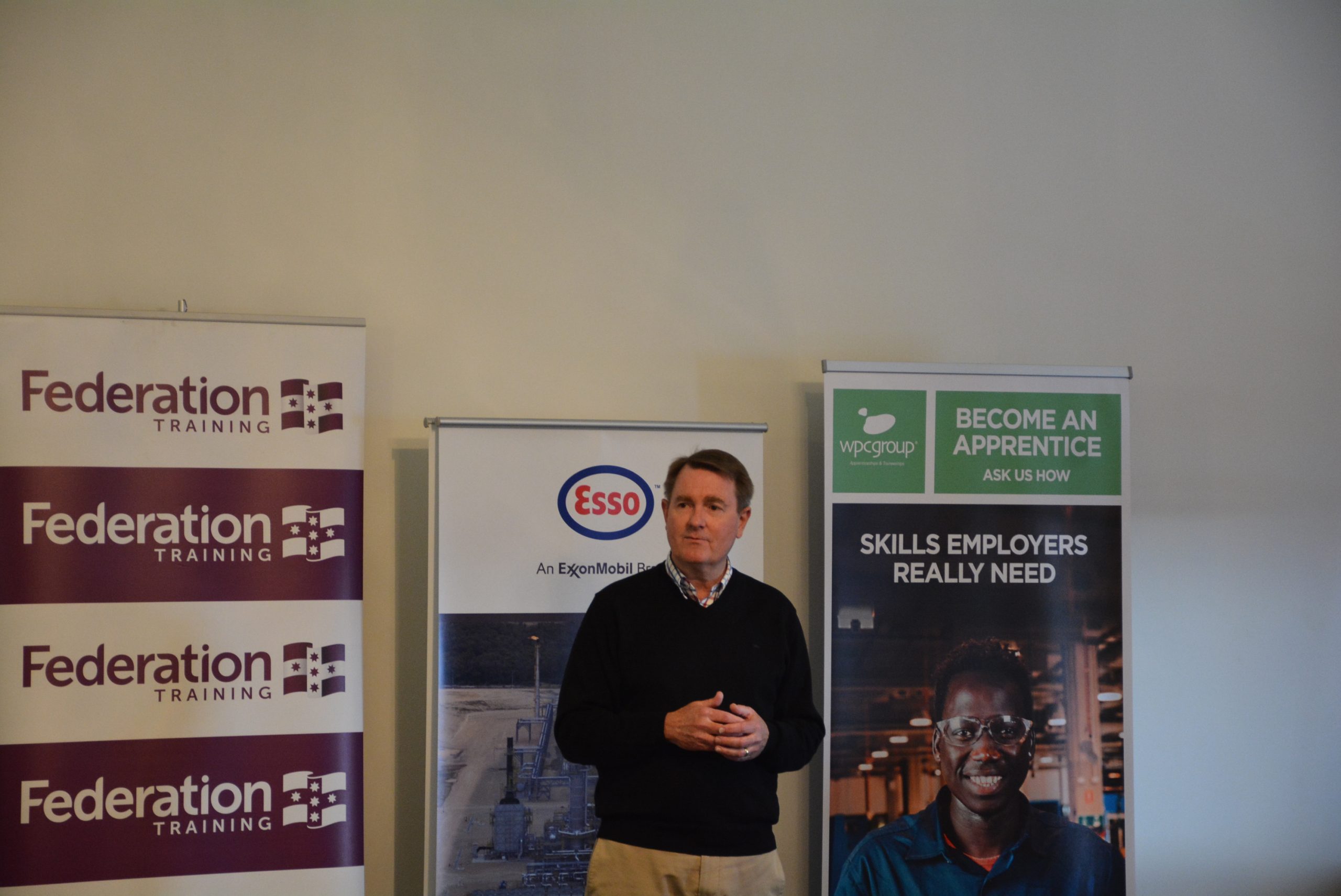 EXXONMOBIL Australia Group of Companies chairman Richard Owen will no longer have the top job, after it was announced on ExxonMobil’s website that he will be replaced.

Englishman Nathan Fay will take on the chairman’s role, based in Melbourne, effective on or about April 1.

He began work with Esso at its Longford Plants in 1983 before rising through the ranks, working at Esso sites throughout Australia as well as overseas, including the United States, Indonesia and in Germany.

He still has family links in Sale, and will continue to be based in Melbourne.

Electrical Trades Union organiser for Gippsland Peter Mooney said he hoped the new chairman would have a “different outlook” on the way he would work with unions and employees.

“We’ve been in a fight for five years in relation to the offshore workforce,” he said.

“Get it fixed and build a better workforce rather than a workforce that doesn’t have any respect for management any more.”

Mr Mooney said he understood that the reshuffle of senior ExxonMobil positions was part of a worldwide restructure of the company, and others had also lost their senior positions.

An Esso spokesperson said under Mr Owen’s strong leadership, the company had been able to consolidate its position as “the most competitive integrated petroleum company in the Australian energy sector”.

“During this period, Richard has overseen significant investments in our Gippsland operations, delivering highly skilled jobs and business opportunities to Gippsland,” he said.

“This includes the completion of the largest single investment into Australia’s domestic gas market, the AUD$5.5 billion Kipper Tuna Turrum Project and Longford Gas Conditioning Plant, the AUD$400 million Esso pipeline replacement project, exploration activities in the offshore Gippsland Basin, the re-establishment of an Esso Sale office and the introduction of an apprenticeship program.

“As part of this orderly transition, we look forward to welcoming Nathan Fay to build on that success and ensure a bright future for Esso in Gippsland and ExxonMobil in Australia.”

Mr Fay will inherit a difficult job as he deals with a long-running dispute with unions which have had a protest camp established outside the Longford Gas Plants site for more than 620 days.

They are protesting the sacking of workers who refused to sign a new agreement with contractor UGL, the dispute sparked when UGL tendered on the basis of an enterprise agreement approved by just five casuals in Western Australia, through its shell subsidiary MTCT.

The agreement slashed wages and conditions, yet none of those who signed the enterprise agreement worked in the area.

Since the dispute began, unions have launched a nation-wide ‘Change the Rules’ campaign, and have repeatedly attacked ExxonMobil over what they see as inadequate tax contributions.

The Change the Rules campaign is seeking to influence the outcome of the federal election, which is expected to take place in May.

The announcement of ExxonMobil’s change of leadership in Australia was made on Esso’s website last Friday.

It is understood employees were notified about a month ago.