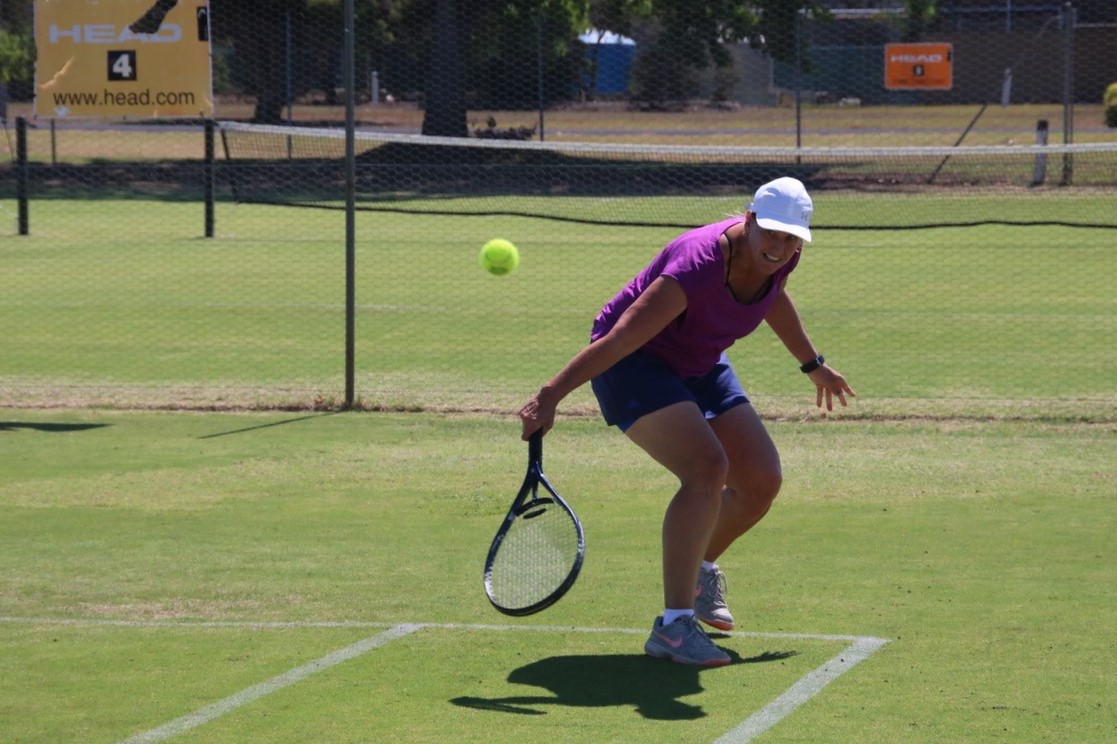 Maffra will suffer through a notable absence; with Tom Supplitt out for the premiership match. The team has roped in Jake Weir, of Maffra Weirs, to fill its number two man spot.

In previous games, the match-up has been plagued by two separate wash-outs, while a neck-and-neck battle at the top of the ladder ensued between the pair.

In round 13, Maffra CSC put away an impressive 68-48 win against Sale, but just last weekend, Sale got its own back.

On Saturday, Sale slipped past Maffra CSC by a single game in a grand final preview, booking its spot in the championship match.

Early on in the day, the spot was anyone’s, with positive signs on both sides.

Maffra scraped past Sale in the men’s, bagging two sets to one, but the scores were reversed in the women’s, as Sale took a set to warm-up.

Joined by Jason Garrett in the next men’s, Allman backed up with another win against Kennedy and Tom Foley, saving a nerve-wracking match point at 6-7 down to win 9-8 in a tiebreaker.

Dunnett and Foley then proved too strong for Garrett and Supplitt, taking the third men’s set for Sale, 8-5.

In the women’s, Sale’s Jo Rule and Masami Goold dropped the first set 8-3 to CSC’s Zara Flynn and Mia Stevens, but quickly regained traction and more than made up for lost ground.

Number three woman Jo Mactier was of particular profit for Sale, using quick hands at the net to overwhelm Maffra’s Emma Allman and put away a 8-1 and 8-5 wins in the second and third women’s sets.

Heading into the mixed with a five game lead, Sale’s players knew they had to win as many games as possible to stay on top.

This tactic was instantly undone by the Allman brother-sister duo, who attempted a Hail Mary by donuting Kennedy and Goold with a blow-out 8-0 win.

Sale maintained composure to its advantage – Dunnett and Rule overcame Flynn and Garrett 8-2, and a tiebreak win for Foley and Mactier over Supplitt and Stevens sealed victory for Sale.

IN the other section one semi-final, Maffra GRE put on a powerhouse performance against Maffra Weirs, winning 67-39, and knocking Weirs clean out of contention.

With no home ground advantage between them, GRE came out of the gates firing, and bagged seven sets to two.

In the mixed, Weirs’ Andrew Ross and Lisa Harrison  comfortably defeated GRE’s Trevor Henry and Julie Foat 8-5 in the number three mixed, but the team fell down in the other two mixed sets 8-3 a piece.

MAFFRA GRE couldn’t maintain its momentum and fell against minor premier Maffra CSC in the preliminary final on Sunday at Stratford.

Maffra GRE began the day strong, winning two from three of the women’s sets, and opting to play the mixed sets before the third women’s was played.

GRE also managed to scoop the first men’s set 9-7, but only after CSC’s Mitchell Allman and Supplitt climbed back from 7-2 to give GRE’s Dave Taylor and Mick Luke a run for their money.

This put GRE ahead by a healthy six game margin, but marked the beginning of a steady decline.

GRE dropped the next two men’s sets, 8-3 and 8-5, and put CSC ahead by two games headed into the mixed.

CSC then amped up the pace and took no prisoners, with the Allmans snatching a ruthless 8-1 victory over their own blood Natalie Allman and her mixed partner Dave Taylor, but not before Natalie got her own back with a few down-the-line winners past her brother.

Flynn and Garrett solidified the lead by pantsing GRE’s Foat and Henry with a handy 8-0 win, putting CSC ahead by 17.

With CSC firmly on the home stretch, GRE father-daughter team Mick and Sarah Luke chalked up an inconsequential 8-4 win against Supplitt and Stevens, but it wasn’t anywhere near enough.

An irretrievable 13-game margin negated the need for the third women’s set, and put CSC back in the grand final seat after a shaky semi-final performance.

Seniors, at Stratford from 1pm: