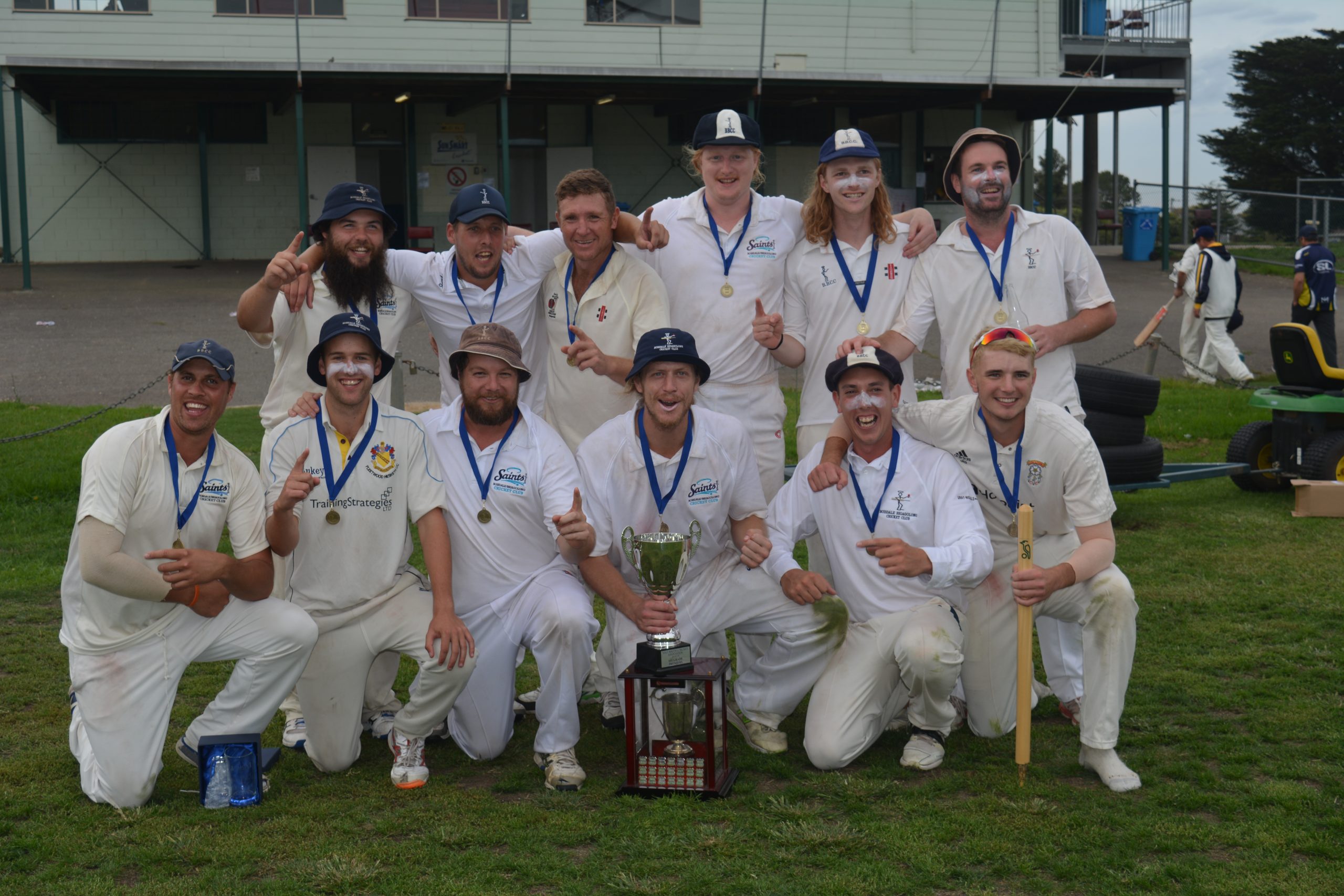 The Saints completed a remarkable second half of the season by defeating Bundalaguah in the grand final at Stephenson Park.

Seventh on the ladder at Christmas with just two wins, the Saints won its remaining six games to make the top four, then defeated the top two teams in the finals.

Jordan Price was outstanding for the premier, scoring a vital 57 before claiming three wickets to be named player of the final.

Rain delayed the start of play on Saturday to 3pm.

After being sent in to bat, victory for Boisdale-Briagolong didn’t appear on Saturday night, when the Saints were 6-97 at stumps, a strong effort on Sunday saw them finished with 159.

Price kept his wicket intact, and provided the key innings for the Saints when play resumed on Sunday, scoring 57.

Bulls bowler Cloete Buitendag was hard to get away on Saturday, and finished with 2-39.

The Saints lost their final three wickets without adding a run.

Gayashan Munsinghe helped wrap up the tail for the Bulls, including the wicket of Price, to record 4-40. Jake Wynd claimed 2-15.

The fall of Bundalaguah wickets at regular intervals put the Boisdale-Briagolong in the box seat.

The Saints claimed the key wicket of Buitendag early, caught and bowled by Todd Mann for five.

The Bulls were 2-24 when Jason Langshaw was caught by Hurst off Jason Phillips’ bowling for 13.

Phillips came into the side in place of an ill Mick Roberts.

Nigel Sellings’ dismissal for 10, Phillips’ second wicket, had the Bulls 3-29.

Nathan Hibbins and Munsinghe looked like providing the big partnership the Bulls needed to settle the team, but Hibbins was adjudged caught behind for 11, leaving his side 4-47.

The Saints had time to claim another wicket before the tea break, Tudor caught off Hurst’s bowling. At the break, the Bulls were 6-63.

The Bulls had little time to settle when play resumed, as Jake Wynd was trapped in front of his stumps by Mann for nine in the first over back.

Captain Sam Bedggood and Nathan Whitford looked to fightback, adding 26 runs for the ninth wicket, until the latter was caught off Price’s bowling for seven.

Bedggood, with support from number 11 Toby O’Reilly, got the Bulls past 100, but the innings ended on 111 when the skipper was caught in the deep, appropriately by his opposing captain, for 29.

Price bowled 12 overs to finish with 3-17, while Mann, Phillips and Hurst claimed two wickets each.