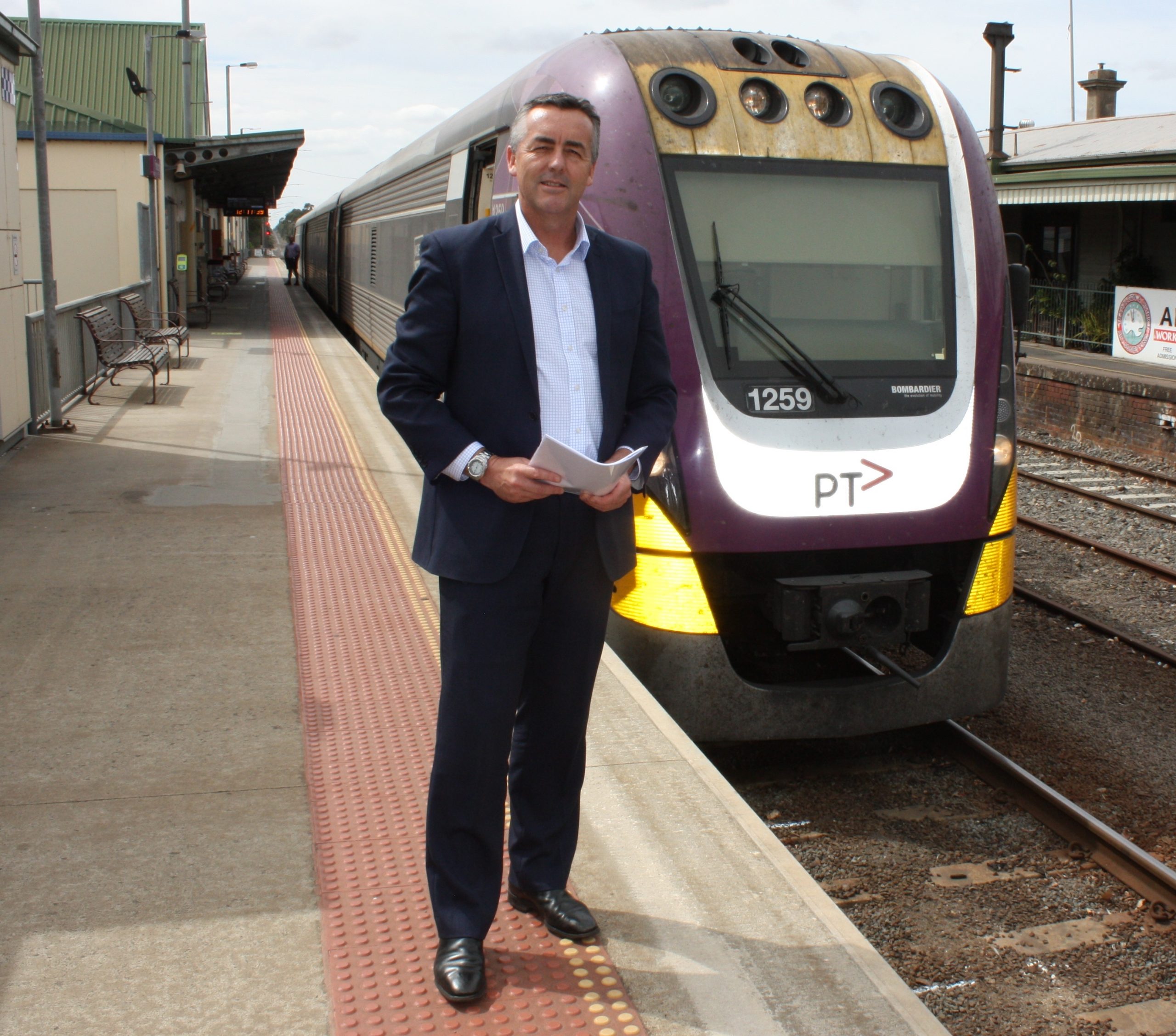 A PLAN to cut train travel times to Melbourne and improve services within Gippsland has been welcomed by Gippsland MHR Darren Chester.

Mr Chester said the federal government’s announcement of $8 million to fund a business case for fast rail between Traralgon and Melbourne was the next step in improving public transport connectivity in the region.

“Train services within Gippsland and services connecting us to Melbourne are currently too slow, unreliable and don’t meet the needs of today, let alone the future population of our region,” Mr Chester said.

The plan would need the support of the state government, but last week it was dismissed by Transport Infrastructure Minister Jacinta Allan, who told the ABC the rail link was a “pre-election thought bubble”, and if Canberra was “fair dinkum” about improving links between the two cities, it would invest in current projects to speed up journey times.

However Mr Chester said funding which the federal government had already given to the state government to improve current services would not deal with the longer term issue of faster and more frequent services into Melbourne and connecting Sale and east Gippsland to the Latrobe Valley more regularly.

“I welcome the $8 million for the necessary planning work and studies to evaluate the best way to develop those services and give Gippslanders a better public transport network for the 21st century.”

Mr Chester said the target of reducing travel times from Traralgon to Melbourne to less than one hour was achievable with the right investment of state and federal funding.

“It can take more than two hours at the moment with an average speed of 66 kilometres per hour, which is a snail’s pace compared to modern train networks throughout Asia and Europe,” he said.

“If we can get the average speed up to 160kmh and improve the services which link the rest of Gippsland to the Latrobe Valley, we would see significant social and economic benefits to the entire region.

“It brings more people into our region to enjoy the range of natural attractions on offer and support local business.”

Mr Chester said the investment in fast rail came on top of $504 million from the federal government already announced for Gippsland rail upgrades, including the replacement of the Avon River Bridge at Stratford.

“Today’s announcement builds on the federal government’s record infrastructure investment in Gippsland of more than $1.4 billion,” he said.

“This rail corridor would be transformative for Traralgon, creating so many new opportunities.

“Residents could stay living in their homes but work in Melbourne,” he said.

“The Traralgon to Melbourne fast rail assessment will determine the next priorities for funding and construction under the government’s 20-year fast rail plan.

“A national fast rail agency will be established, overseen by an expert panel, to guide the work, determine priorities based on the assessments, work with state governments and the private sector and provide innovative finance solutions.”

The latest push to built a fast trail link comes almost 40 years since the Very Fast Train (VFT) was proposed, which was to be a privately funded high-speed railway between Sydney, Canberra and Melbourne.

Major studies were undertaken in the 1980s and early 1990s, which showed the proposal to be technically and financially feasible, but in the end the idea floundered and was shelved.

There have been numerous subsequent studies into high-speed rail since the VFT, but none have come as close to realisation.

Some of these services have maximum speeds exceeding 300kmh.