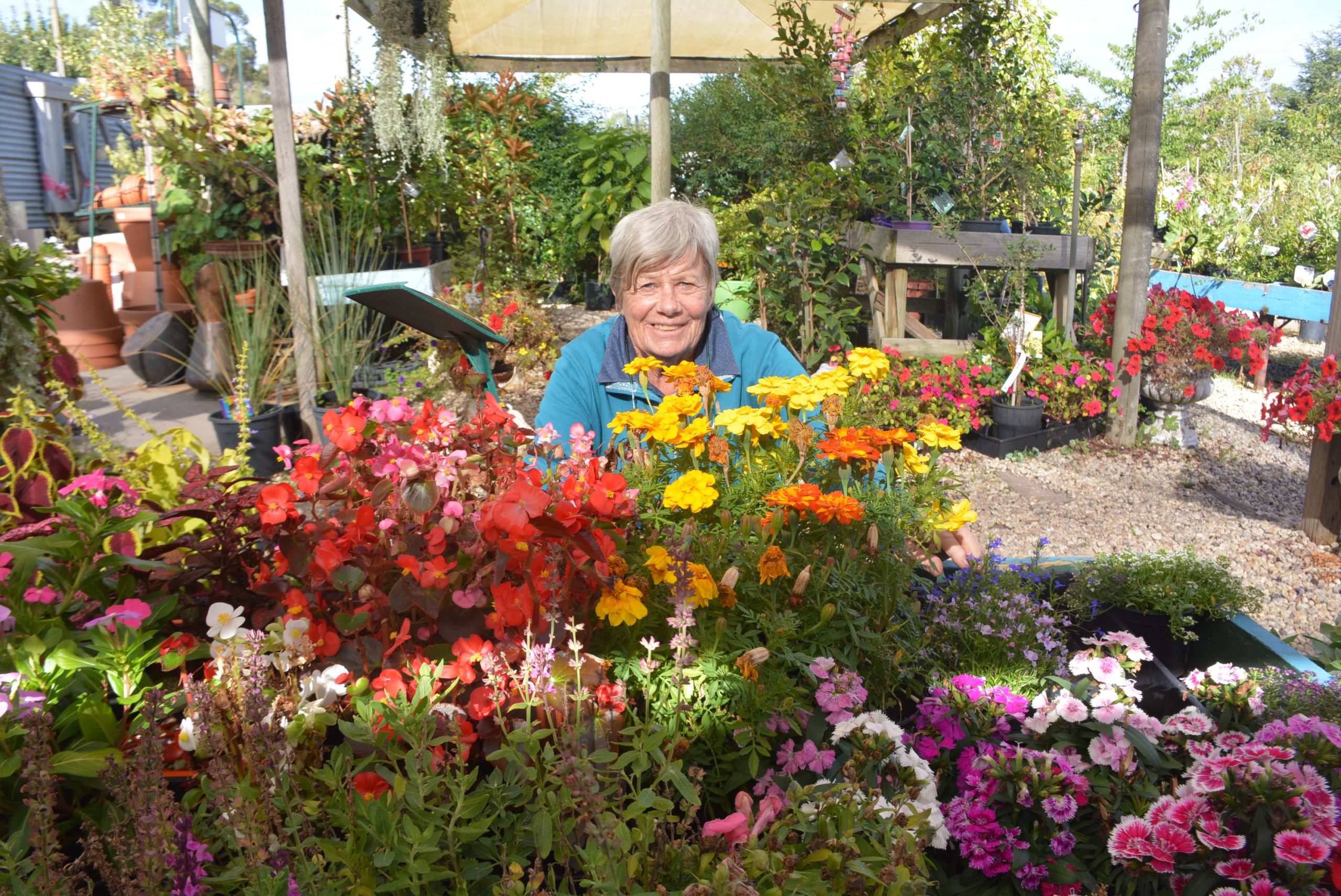 NANCY Morgan is somewhat of a local gardening guru.

After 34 years in the plant industry and half a century of the nursery serving Sale and surrounds, things are changing and the rumours are flying.

“A favourite is that I have moved to Melbourne with my toyboy,” she cackles in her Californian drawl.

The truth is less titillating, but nonetheless noteworthy.

The front gates will close and the front residential block is up for sale.

Nancy will sell all her stock and move into  troubleshooting, advising and workshopping, both at the nursery and in the field – a move she describes as “changing lanes”.

Surprisingly, the knowledgeable nurserywoman’s fascination with plants began in the Mojave Desert in California, where she grew up with her parents and three siblings.

The ebb and flow of life in Yucca Valley amazed her .

There would be no rain for years, then two inches in an hour. Six hours later, wildflowers would be blooming everywhere.

After completing her education, Nancy trained in hospitality and worked up and down the coast from San Diego to Canada, over to Hawaii and back again.

In her early 20s, the impulsive Nancy announced to her family that she was moving to Australia, as she wanted a pet kangaroo.

Her dad was not surprised – she had promised this at the age of four (something she doesn’t remember).

It took a couple of years to complete the immigration process, and in 1970 she arrived in Melbourne with a husband and two bicycles.

“When the plane landed, I vividly remember a huge sigh of relief, knowing that I was finally home,” she said.

And off the pair pedalled to find that pet kangaroo.

Loving her new country, she couldn’t get past east Gippsland where she spent the next four years putting her hospitality skills to good use and learning to milk cows.

In 1974 she arrived in a rapidly-expanding Sale – less one husband, plus one beautiful little boy – to begin work at the newly-built Commodore Hacienda Motel.

There she continued to work on and off for many years.

During that time she studied horticulture in Melbourne and Churchill.

As her plant collection grew, she stumbled into a job managing a petrol station in Wurruk which became her first plant outlet, “which grew and grew”.

She relocated to the old Cobb and Co Stables in Raymond St, Sale, establishing a nursery there.

In 1988 Raglan Gardens Nursery, on the historic Sale Brick Company site, was offered for sale.

Thinking it was a great opportunity, Nancy and two other partners took over the business, which thrived during the boom of the oil industry and growth of the National Safety Council of Australia.

The bubble burst in the early 90s and Nancy and her little dog were the last ‘men’ standing.

Since 1988 Nancy has been involved with ABC Gippsland, first as a producer, then a guest speaker, which she continues to love to this day.

She gains joy and satisfaction from interacting with people, their gardens, and the challenge of solving their gardening problems.

After more than three decades of seven days a week, Nancy will have her lane change.

Many festive season lovers will be happy to know she will continue to sell her popular Christmas trees and stands in the lead up to Christmas each year from the usual Short St entrance.

Footnote: Nancy got her roo. In fact she reared three young joeys – who lived out indulged lives at Gypsy Point.