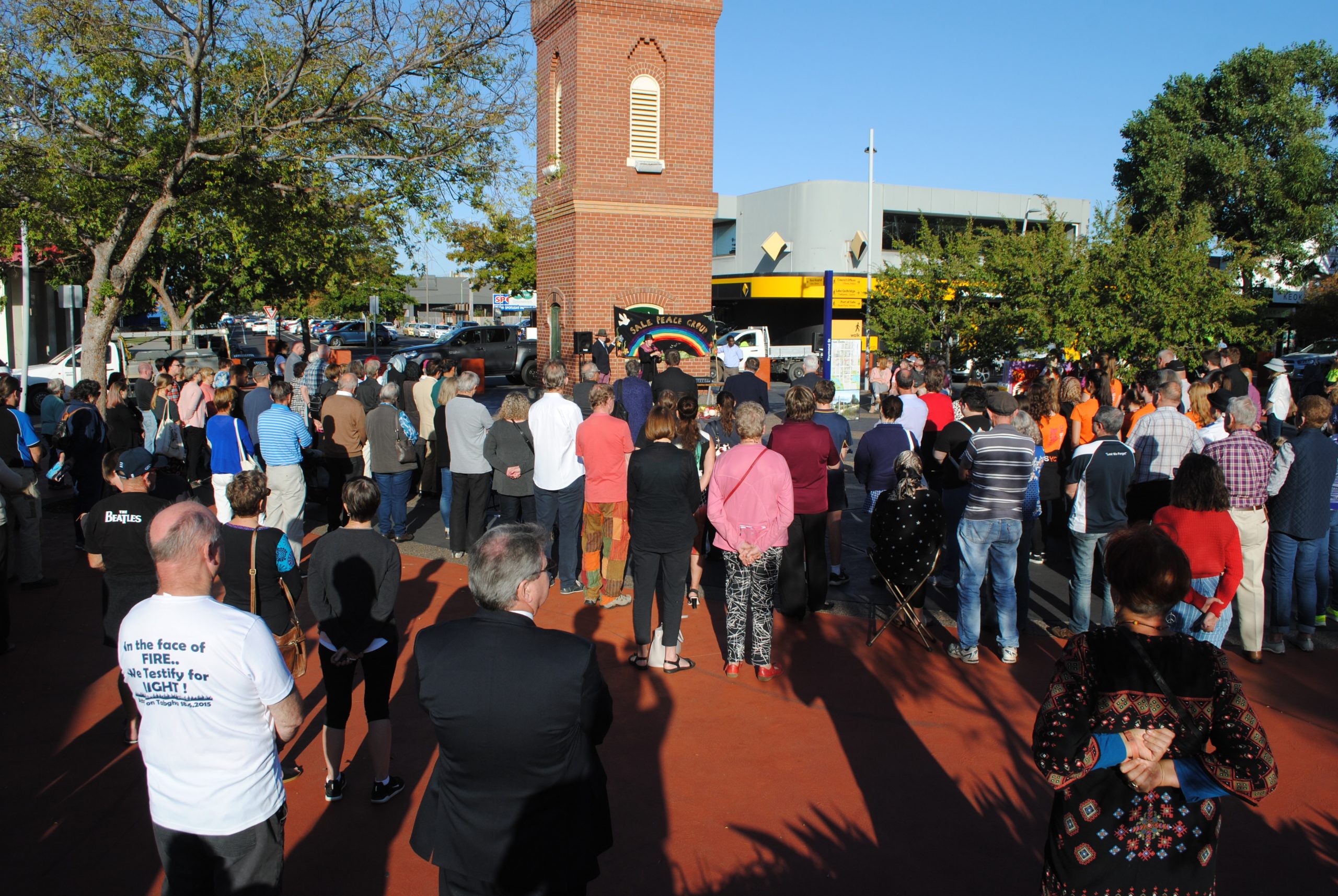 ABOUT 100 members of the Sale community stood in solidarity during a rally on Wednesday.

The event in the Sale Mall was organised by the Christian Churches of Sale to show support for the Muslim community and the people of Christchurch following the terror attack in the New Zealand city earlier this month.

The shootings at two mosques killed 50 people and injured another 50.

“I cannot imagine how it would be if someone came into St Paul’s Cathedral and shot all the congregation, and wounded many others … but I know it would be terrible,” she said.

“As a community of love and compassion, we stand here today in solidarity with the Muslim community and with the people of Christchurch. We say that we are with you, and we love you.”

Gippsland Australian Muslim Community Association president Dr Zafar Iqbal said the response to the shootings showed people had more in common than that which divided them.

“We are people of different faiths, but we are all brothers in the name of humanity,” he said.

“The terrorist act in Christchurch has woken all of us. It has shown us that terror has no place, terror has got no faith.”

“Violence inflicted on any group is tragic,” he said.

“Not every act of disrespect ends in murder, but every murder starts with disrespect.

“The elements of society that contribute to and incite disrespect need to be called out for what they are.”