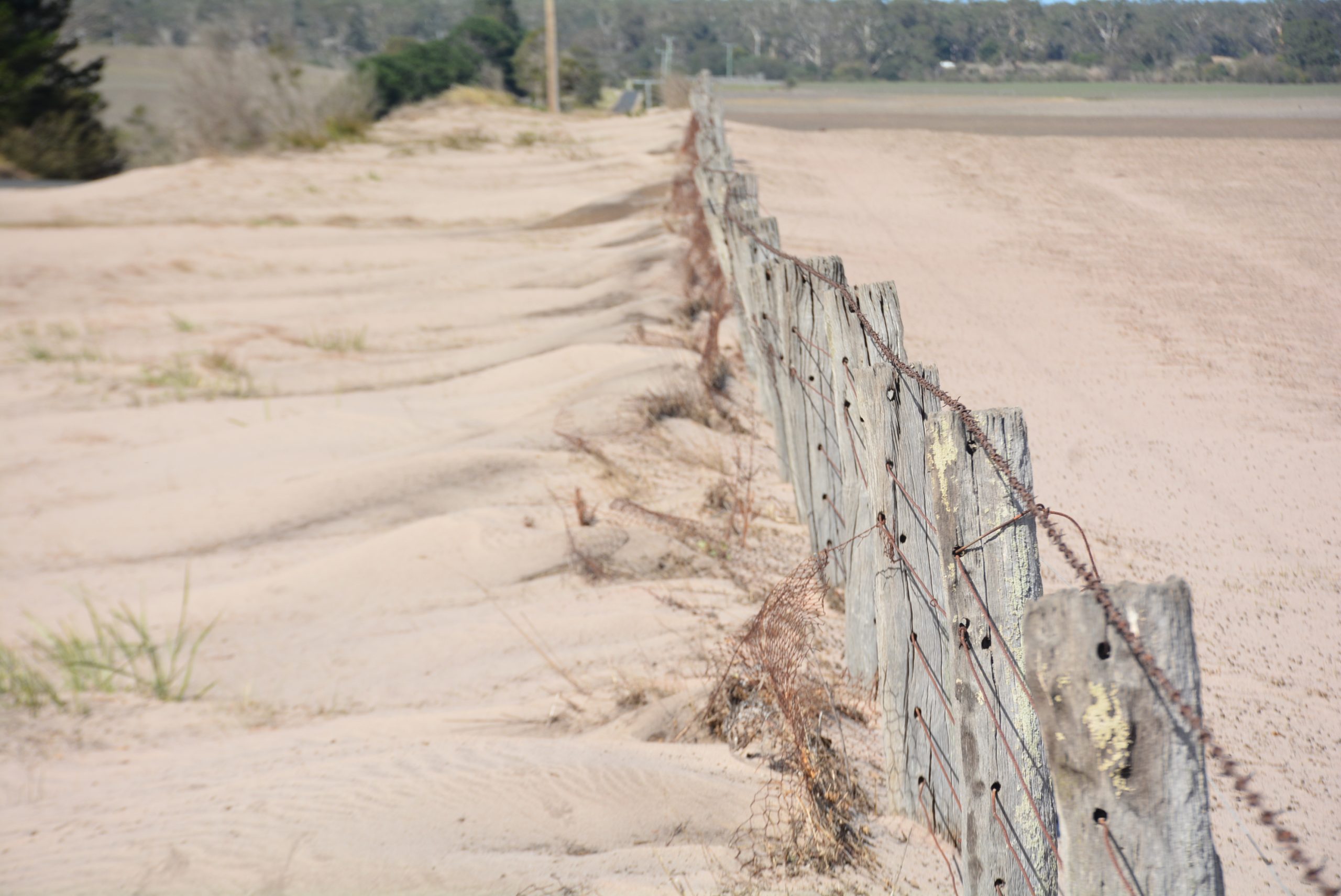 STATE Agriculture Minister Jaclyn Symes had little good news for farmers on Wednesday, saying the drought could not be declared a natural disaster under the formal Disaster Relief and Recovery Funding Arrangements many farmers would be familiar with, because soil types across east Gippsland are conducive to wind erosion.

The devastating winds whipped into a frenzy overnight on Sunday and tore through the shire all day, with vulnerable coastal properties in Giffard, Seaspray and Stradbroke the hardest hit.

Ms Symes said as part of the support available to farmers, Agriculture Victoria had brought in a technical expert from Swan Hill and a former Gippsland soil conservation expert to assess the situation.

“We will be delivering on rate relief with an inquiry into the council rating system to improve its fairness and equity,” Ms Symes said.

“Consultation with stakeholders, including the Victorian Farmers Federation, is currently underway to determine the terms of reference for the inquiry.”

Giffard West sheep farmer Steve Harrison said the winds were “demoralising” and couldn’t have come at a worse time, as farmers already struggling with exceptionally dry conditions and poor soils now had to deal with losing much of their top soil and dams full of sand and soil.

He said he and other affected farmers were sick of being “ignored” by the state government, and wanted the situation to be considered a natural disaster.

“These winds were the strongest I’ve ever seen, and they went on all day, so you can imagine the damage,” he said.

“Cars stopped on the roads it was so hard to see, you couldn’t see the house across the road.

“As soon as we could we went outside to assess the damage, we saw pastures that had been holding up reasonably well were now pushed up against the fence.”

Mr Harrison said the situation should attract urgent state government attention and increased support, but so far had not been treated as a priority.

“We’ve had every politician under the sun here, but Daniel Andrews hasn’t been past Traralgon,” he said.

Another local, Trent Anderson, has been forced to move his stock out to near Bega and others to the Western District.

“The real concern now, after the winds, is the impact on stock that is still in the area,” he said.

“Animals will be sitting around in the dust and not eating, and it’s just going to get worse.

“The state government has to act now.”

Mr Anderson said some areas around his Giffard West farm had up to 24 millimetres of rain last week, but that had gone nowhere.

“Even the places that got the rain are just dust again,” he said.

Stradbroke farmer Andrew Jones was forced to move about 500 sheep during the week to try to find grass and water, after the storm destroyed a dam in the paddock his ewes were in for lambing.

“I’ve never seen it this bad and I’ve been farming here 25 years,” he said.

“The winds have just ruined the remaining pastures and now ruined the water, that’s a first.

“My ewes are almost lambing so I’ve got to move them out now so they can.”

Mr Harrison said he had been fielding up to 50 telephone calls a day from farmers and others in the industry.

“I even had one disgruntled farmer call me and tell me I wasn’t doing enough,” he said.

“There are a lot of people worried about their future, but nobody in the government seems to be listening.”

“Farmers in east and central Gippsland have been doing it tough with unprecedented dry conditions – and that’s why the Andrews Labor government is delivering a cash injection to farmers who have been hit hardest,” Ms Symes said.

“While we can’t make it rain, we can offer support and that’s exactly what we are doing.

“We’re delivering a $43 million Drought Relief Package to help ease the financial burden – and these cash payments can be put towards rate relief or putting food on the table – ultimately this is about giving our farmers choice in what works best for them.”

But Mr Harrison said it wasn’t what farmers had been hoping for.

“Well, we’ve been banging on about rate relief for a long time, because that’s what hurts, but nothing,” he said.

“There are rumours of banks starting to hold back on loans, so that will be the next disaster farmers have to worry about.”

Gippsland MHR Darren Chester labelled the situation a “crisis” and said it was up to all three levels of government to do more to support droughtaffected farmers.

“If this was a cyclone, fire or flood the response from all three levels of government would be very different,” Mr Chester said.

“The social, economic and environmental impacts of drought are exactly the same, except it takes a longer period of time for those problems to develop.

“Right now, we are facing a crisis in parts of Gippsland and I believe all three levels of government need to do more to support our farming families.”

Mr Chester said he had written previously to the Prime Minister, Deputy Prime Minister and the Minister for Agriculture to seek additional support and would continue to lobby across all levels of government for a more coordinated response to the drought.

“While we appreciate the range of support measures already in place, it’s important to realise that the ongoing drought has exhausted farmers’ reserves and they are not in a position to meet their ongoing running costs, let alone re-establish their properties when better conditions return,” Mr Chester said.

“We need assistance in terms of municipal rates relief, grants to allow pastures to be re-established and the Farm Household Allowance eligibility criteria is too strict for many farmers to access.

“At the moment, we continue to penalise farmers who receive off-farm income or entered the drought in a strong financial position and have accumulated assets over many years of hard work.

“I’m calling on the Premier, Prime Minister and local government leaders to work together as a matter of urgency to provide additional assistance for Gippsland farming families impacted by the drought.

The Disaster Relief and Recovery Funding Arrangements provide joint arrangements between the Australian and state governments for the provision of urgent financial assistance to communities affected by a natural disaster.

Under the arrangements, a natural disaster is one, or a combination of the following rapid onset of events: bushfire, earthquake, flood, storm, cyclone, storm surge, landslide, tsunami, meteorite strike, or tornado.

While drought cannot be declared under these arrangements, state governments can initiative equivalent state-based responses, without the need for a declaration.

The Victorian Drought Preparedness and Response framework helps guide this decision making in relation to drought in Victoria.