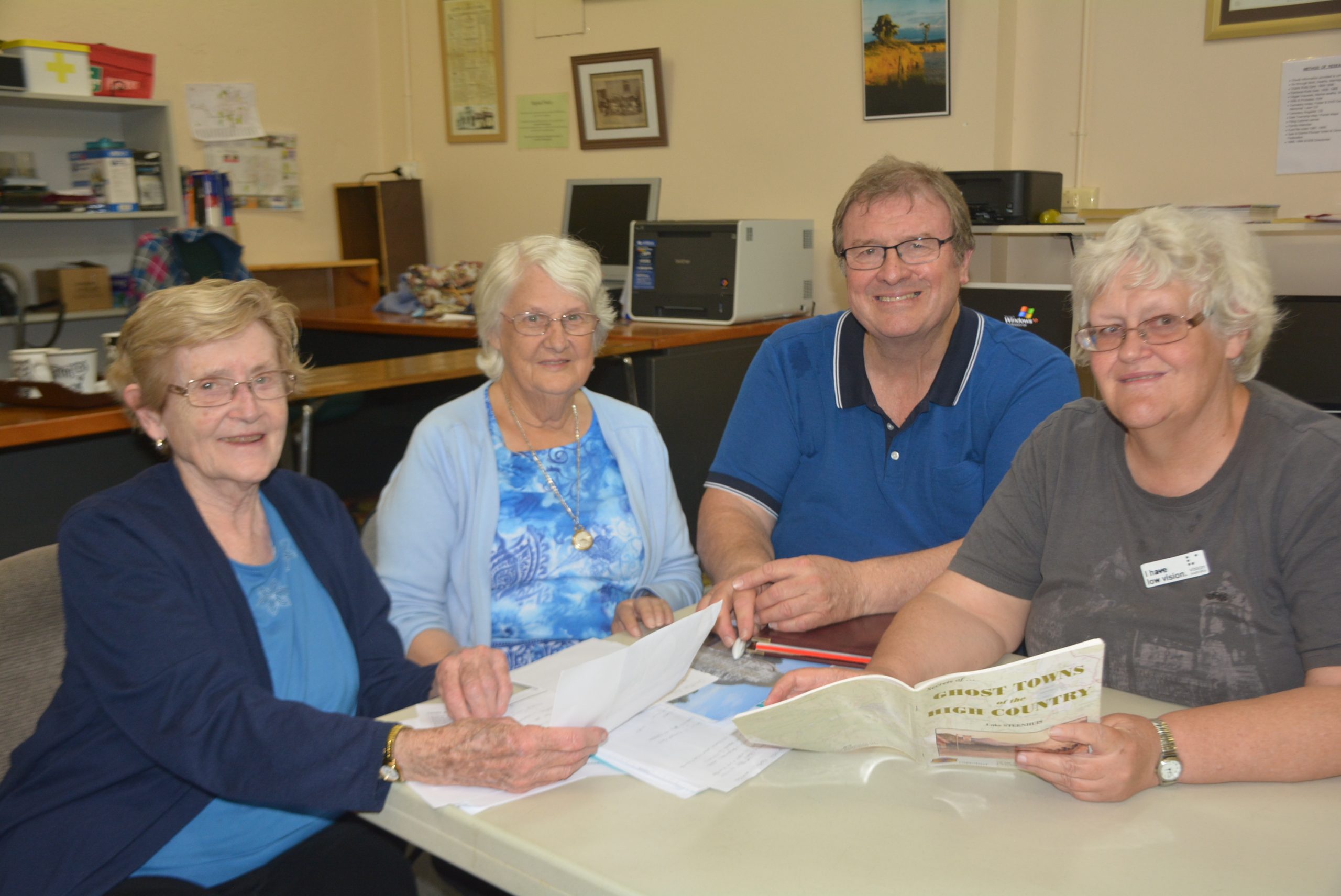 FINDING skeletons in the closet is something the genealogy enthusiasts at Sale and District Family History Group are used to. And it’s not just their own.

As technology makes family history research easier and faster, more people are taking up the challenge of finding out just who they are and where they come from.

It may just be to find a ‘skeleton’ or two, a convict, a war veteran or just a connection to a dark past, or it may be to demonstrate kinship and pedigrees.

But whatever the goal, the thrill is often in the hunt.

While Sale’s Heather Pocknall spends a lot of time researching other people’s lineage, she has also spent decades researching and documenting her own family tree, a journey that has taken her more than 100,000 kilometres and to the UK four times.

The goldmine of family gossip and her connections to people of substance have made it all worth it, she says, and she has compiled all the documents, certificates, photos and information into a book simply called Coombes Family History.

It’s a remarkable effort and provides a valuable record of some of Australia’s early settlers – many who had helped build and grow Australia into a thriving nation.

The book goes back to 1726, with the birth of Richard Coombes, a descendant of Heather’s mother, and who went on to become a skilled King’s cooper, or royal barrel maker, who passed that skill on to his son.

Richard’s grandson, Sea Captain John James Coombes, played an important part in taking settlers to America and bringing others to the great southern land, including convicts in the 1830s and the first Bishop of Newcastle in 1848. He was so respected in his new home that the Newcastle Herald allocated a full page to his obituary in 1880, which can be read in Heather’s book.

While there were no terribly shameful skeletons to be unearthed, Heather did reveal a little family scandal involving her great great grandfather, who had five children to his step daughter, a Lily Gibson, who he did not marry.

It hasn’t always been an easy search, as it has taken thousands of hours and lots of determination and dedication.

“With all the information available now and online records, sometimes you get what you are looking for, and other times you don’t,” Heather said.

“But there are a lot of people who can help, and it’s incredible what’s out there.”

Among other places, Heather has perused the London Archives, The Maritime Museum, the Commonwealth Archives, the Mormon records, the databases kept at the Sale and District Family History group, newspapers archives and the State Library records in Victoria and NSW.

As president of the Sale and District Family History Group, and a single woman with no children, Heather felt it was important to document and record what she found, as a permanent charter of the Coombes family and a historical document that she will provide to the Canberra Library and the State Library.

She said it’s been exhausting and exhilarating at the same time, and somewhat addictive.

“I’m now working on my maternal grandfather’s side, the Standens, so we’ll see what I get there,” she said.

Another equally passionate researcher, Sandy Leahmann, has also uncovered some unexpected snippets while delving into her husband’s family tree that have surprised and shocked.

“His mother had always said her father was a George Glover, but her birth certificate had no name listed on it.

“Her sister’s birth certificate, however, had the name of a Harry Pitter listed as the father, so my husband’s niece did a DNA test and found that she too was related to Harry Pitter, which proved the link between my husband’s mother and Harry Pitter too.

“It was all a bit mysterious, but something we had suspected because the Pitter resemblances in looks and personality were there.

“It’s good to find out, and everyone in the family found it interesting because we had always wondered.”

Sandy is also a self confessed “addict”, who loves the thrill of the search and spends hours finding out family facts for other people by scrolling through the group’s databases at the temperance hall in Macalister St.

The databases are a treasure trove of information and for those interested in local history, a fascinating register of some of Wellington Shire’s early families, including Gibson, Foster, McFarlane and others.

The group opens its rooms to the public Tuesdays from 1pm to 4pm and Fridays from 10am to 4pm to help visitors with family history research.