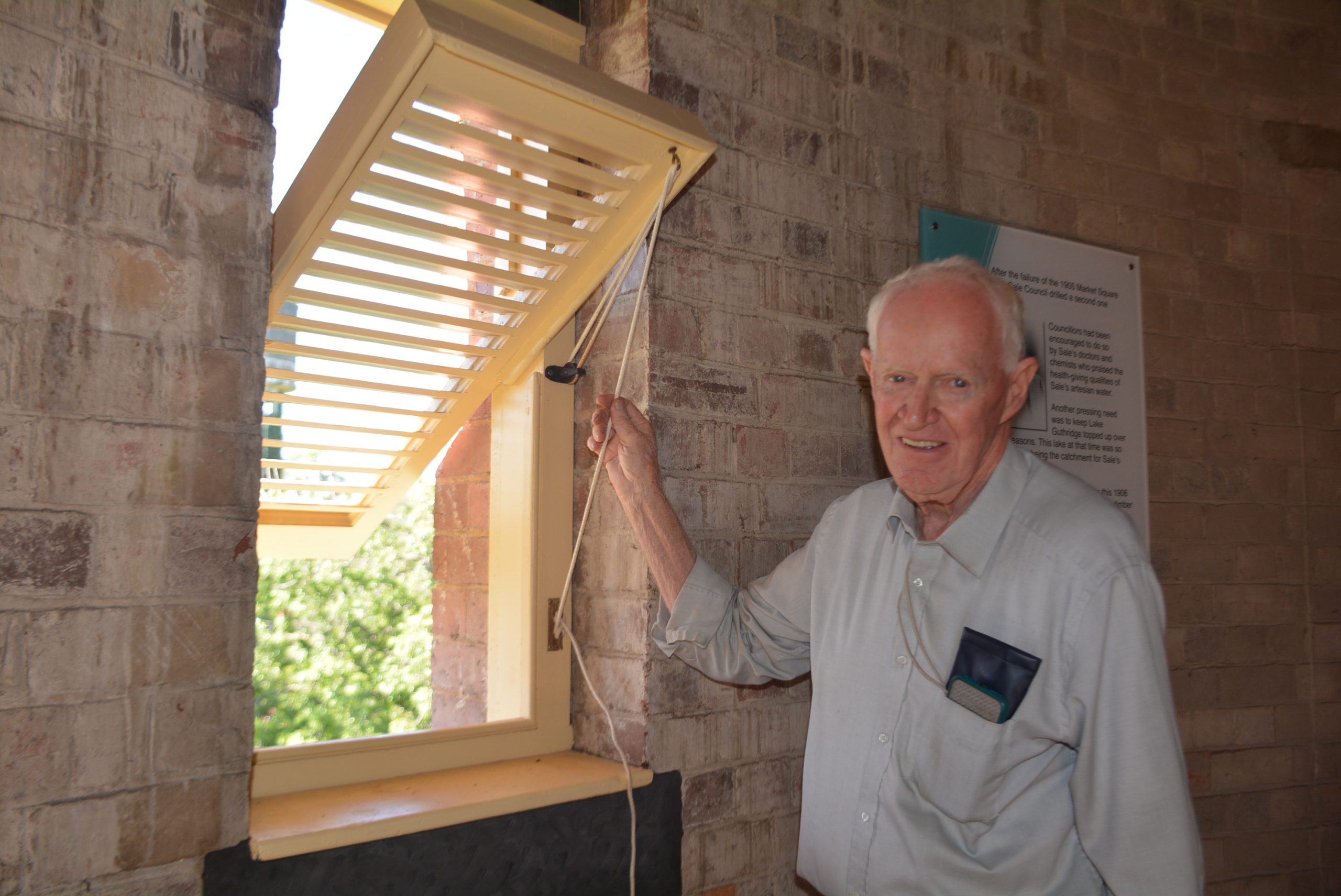 THE long awaited opening of the Sale Water Tower on Saturday will celebrate more than two years of dedication to the preservation of one of Sale’s significant historical connections.

funds and organised the restoration project that has brought the once-forgotten, 1800s building back to life.

The magnificent building is now an enduring monument to Sale’s early beginnings, with the former Sale Council the first municipality in Australia to trial artesian water as a public water supply.

Information boards on all four levels provide details and images of the building’s history and some of the relevant historical figures who played important roles in Sale’s growth.

This includes information about John Grainger, who designed the tower and the Swing Bridge, and Johann Niemann, a pioneer in early artesian water systems.

Mr Synan said the restoration project had been followed with much interest by the History Council of Victoria and Engineering Heritage Victoria, as it is one of only four restored water towers in the state.

Walking through the museum is like taking a step back in time, with displays on the lower floors including artefacts such as the vintage gauges and valves.

Mr Synan said to be true to the building’s past, almost everything in the original building has been retained and refurbished, including the original Oregon louvres on some of the windows and the huge, locally harvester Redgum bearers that are still as strong and sturdy as they were the day they were felled.

Only the floorboards, which were damaged and rotting, were completely replaced for the sake of public safety.

One feature of the restored building is the top floor observation deck, with 360 degree views of Victoria Park, Sale Primary School and St Paul’s Anglican Cathedral.

While it is ready to take visitors, once upgrades are completed to Victoria Park, electricity will be connected to the building so that a televised history of the water tower can allow less mobile visitors to enjoy the experience without climbing the stairs.

Mr Synan said to “test the waters” the building will be open every Saturday, from 2pm to 4pm, and those hours could be modified or extended, depending on interest.

“It’ll be open regularly; at this stage I’m looking at on-demand a fair bit,” he said.

“Everyone in Sale and district will want to visit, so we’re looking at beginning with a weekly opening, if we can find some volunteers.”

Saturday’s special opening, from 3pm until 4.30pm, will include guest speakers and tours.