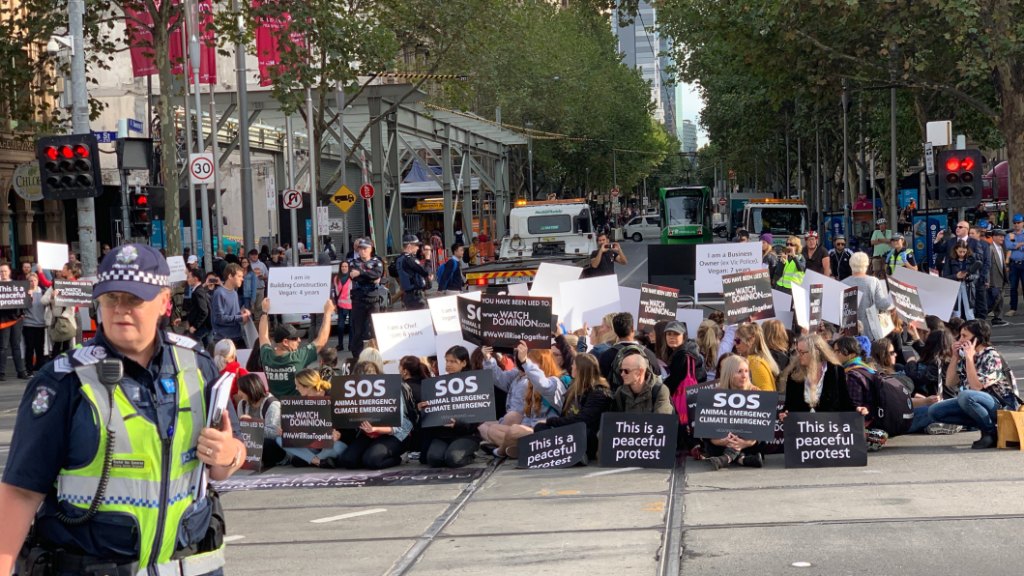 TWO Gippsland politicians have spoken out about the actions of animal rights activists after they repeatedly targeted a Gippsland café and caused widespread disruption in Melbourne’s CBD on Monday.

The Nationals’ Gippsland South MLA Danny O’Brien and Shooters Fishers and Farmers Party Eastern Victoria MLC Jeff Bourman condemned the activities of the vegan animal rights activists, which have led to the closure of the popular Gippy Goat Café near Yarragon and raised concern among farmers throughout the region.

Mr O’Brien said it was “untenable” that legal, ethical businesses in the community were being targeted by extreme activists with little care for the consequences of their actions.

“The decision by the Gommans’ family to close The Gippy Goat Café is a sad reflection on the state of our society,” he said.

“Gippslanders I have spoken to are angry at the lenient sentences handed down to activists who invaded The Gippy Goat farm and stole livestock,” Mr O’Brien said.

“More generally, people are very concerned about the growing militancy of these activists and want to see our government and legal system crack down on this behaviour.”

Mr O’Brien said he strongly believe that everyone had a right to their opinion and the right to peaceful protest.

“But that does not and should not mean a virtually unfettered ability to invade farms, threaten farmers and their staff and compromise farm biosecurity,” he added.

Mr O’Brien said the Nationals, through his upper house colleague, Melina Bath, had been undertaking a considerable amount of work on the issue, and currently had a motion before parliament for an inquiry into the adequacy of laws and penalties surrounding farm trespass.

The inquiry would also look at compliance with stringent animal welfare laws and biosecurity, privacy and nuisance as well as considering the experience from other states and overseas.

“If we need to strengthen the law we should,” Mr O’Brien said.

“If we need to send a clearer message to the courts that the public won’t tolerate this level of aggression, then we should do so.

“The Andrews Labor government must back this inquiry or otherwise take action to ensure that our farmers are protected.”

Mr Bourman agreed a tougher stance against animal activists needed to be taken, saying they had become emboldened by a lack of accountability for their actions.

“If these extremists know they’ll get insignificant punishment, they’ll continue to do what they want without care or concern for others,” he said.

As well as the Melbourne protest, other businesses were disrupted in Pakenham, Geelong, Bacchus Marsh and interstate.

“These people are demonstrating their intolerance towards others as well as their complete disrespect for our laws,” Mr Bourman said.

“Until they are punished with appropriate sentences these vegan extremists will just go on and on, ruining livelihoods and businesses at will.”

He said Australia’s global reputation for strict biosecurity and quarantine standards was also at risk from potential contaminants introduced by extremists.

“Continual inaction from the government to deter these extremists may lead to a national farming crisis, costing jobs and endangering lives,” Mr Bourman said.

“Swift and decisive action is needed.”

Mr O’Brien is encouraging people to sign a petition calling for stronger legal protections and to appropriately penalise aggressive protestors.

The petition can be signed at his office located at 54B Cunninghame St, Sale, or online.