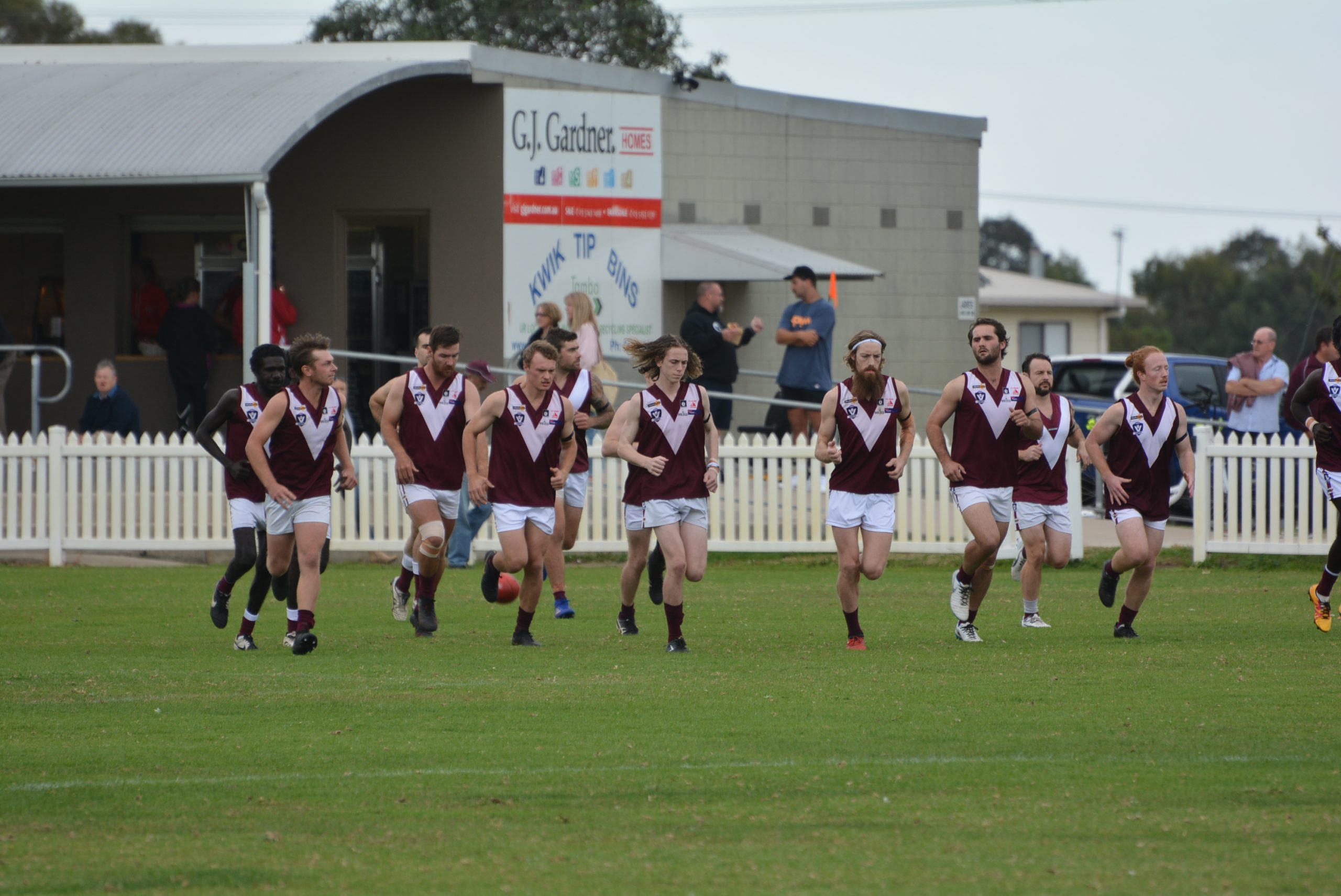 SPORTING clubs across Gippsland will be on high alert to ensure they have appropriate procedures in place to deal with unexpected medical emergencies, following a near fatal incident in the East Gippsland Football Netball-League on Saturday.

Lakes Entrance footballer William Virgil (Junior) Puruntatameri is lucky to be alive, after suffering a heart attack during the final quarter of the Seagulls’ opening round loss to Stratford.

On being assessed by Lakes Entrance trainer and the town’s surf life saving club president David Richardson, it was discovered Puruntatameri had stopped breathing and had no pulse.

Richardson immediately began cardiopulmonary resuscitation (CPR), and was assisted by trainers from both clubs and registered nurses who were at the game.

Had it not been for the work of the first responders administering CPR, the Tiwi Islands player would not have survived. “So many things had to fall in place for him to survive,” Lakes Entrance Football-Netball Club president Kevin Giblin said.

“Virgil was resuscitated and then his heart went back into arrest so they kept working on him, and then Stratford brought in the defibrillator and he was brought back.”

With the result of the match put beyond doubt by the time of the incident, Stratford coach Peter Morrison sought out his opposite number James Gibbs to see if the game should be called off.

“It was horrific, I thought I should just walk on the ground and say ‘let’s stop’, but the siren blew within about two minutes, thank God,” Morrison said.

At the end of the match, players vacated the oval, as paramedics arrived on the scene, which was described by Giblin as being “under control” and with “no panic”.

“There was some relief because he started talking to one of the other Tiwi Islanders in their native language and was talking to the trainers and the ambulance people in English, so everything appeared to be okay,” he said.

“The MICA noticed he was still having a heart attack as he was put into the ambulance, because he still had this big blood clot in his heart, so his chances at that point were slim.

“The ambulance people were efficient as they knew he was still in the process of having a heart attack.”

From Stratford, Puruntatameri was whisked to Latrobe Regional Hospital, before being air lifted to Monash Hospital, where surgeons conducted open heart surgery.

“They extracted the blood clot and put him onto life support and there was some doubt he would survive,” Giblin said.

“He stayed on life support until about midday Sunday and I got a phone call from James Gibbs and he said ‘you’re not going to believe this’, and I was thinking, ‘(expletive), he’s dead’, and he [Gibbs] said ‘I’ve just been talking to Virgil’.”

The incident formed something of a perfect storm, in an almost spooky set of circumstances that ensured Puruntatameri survived.

“Without all of those things happening in sequential order, he would have died, there’s no ifs or buts,” Giblin said.

“They [the Tiwi Island players] all came in the car with me to Stratford, so if he had collapsed an hour later when we were halfway between Stratford and Bairnsdale it would have been fatal.”

Arrangements were made for the player’s family to be flown to Melbourne from their home in the Pirlingimpi Community on Melville Island in the Northern Territory.

An Ambulance Victoria spokesperson stressed the importance of having an automated external defibrillator (AED) readily available at all sporting grounds, hotels and workplaces.

“Every minute CPR and using an AED is delayed it decreases a person’s chance of survival by 10 per cent,” the spokesperson said.

“Anyone can use an AED. You don’t need training. If someone is in cardiac arrest and an AED is available simply open it and follow the instructions. They are safe to use and will not allow a shock to be given unless necessary. They are designed to be stored for long periods without use and require very little maintenance.

“The chance of survival doubles if someone is defibrillated before paramedics arrive on scene, so it’s important that they can be easily located when needed.”

Giblin wished to thank all who had assisted in saving the young man’s life, and said the message was “loud and clear” when it came to responding to tragedy.

“The doctors said if it wasn’t for the work of the first responders, and the fact it was at a footy club that had a defibrillator, and people knew how to use it, he wouldn’t have made it,” he said.

“We have an unbroken bond now with Stratford Football-Netball Club, we are very,very appreciative of the help they gave to Virgil, and we will be forever indebted to them, because if we lost Virgil it just would have been devastating.”

Lakes Entrance has offered counselling to all staff, players and supporters.