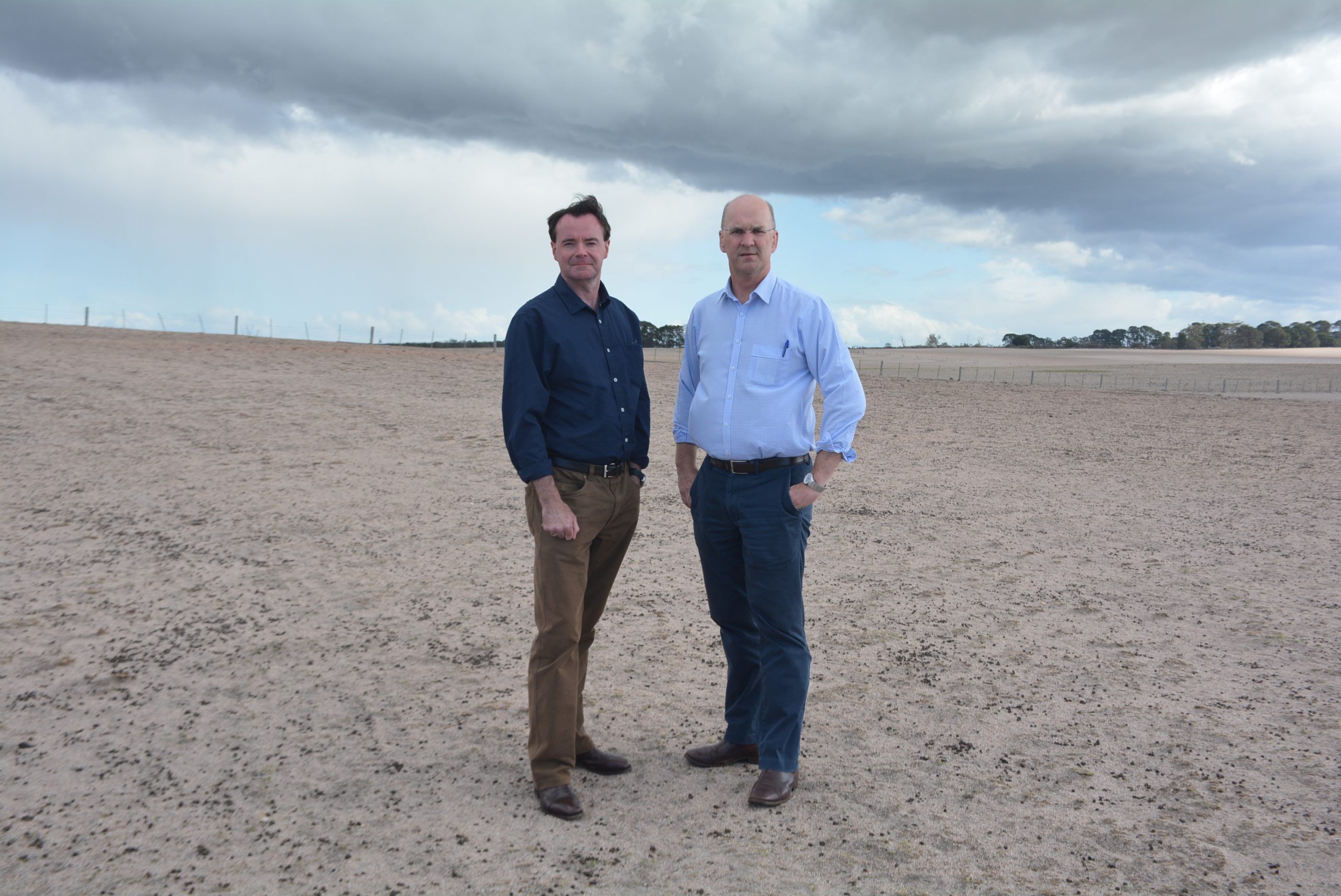 Touring the Dutson and Seaspray areas with Gippsland South MLA Danny O’Brien, the opposition leader used the opportunity to take a swipe at Premier Daniel Andrews.

“I’d encourage the Premier to get out from the tram tracks and into the community to see what’s happening up here,” he said.

Mr O’Brien said what he witnessed at Dutson on Tuesday was “shocking”.

Mr O’Brien reiterated calls for the state government to offer more drought relief for farmers and businesses affected by the drought.

“We’ve been calling for rate relief because that’s what farmers want,” he said.

“This drought is affecting many people in the community, because when farmers can’t buy what they need, then businesses suffer too.

“This is filtering down into the entire community.”