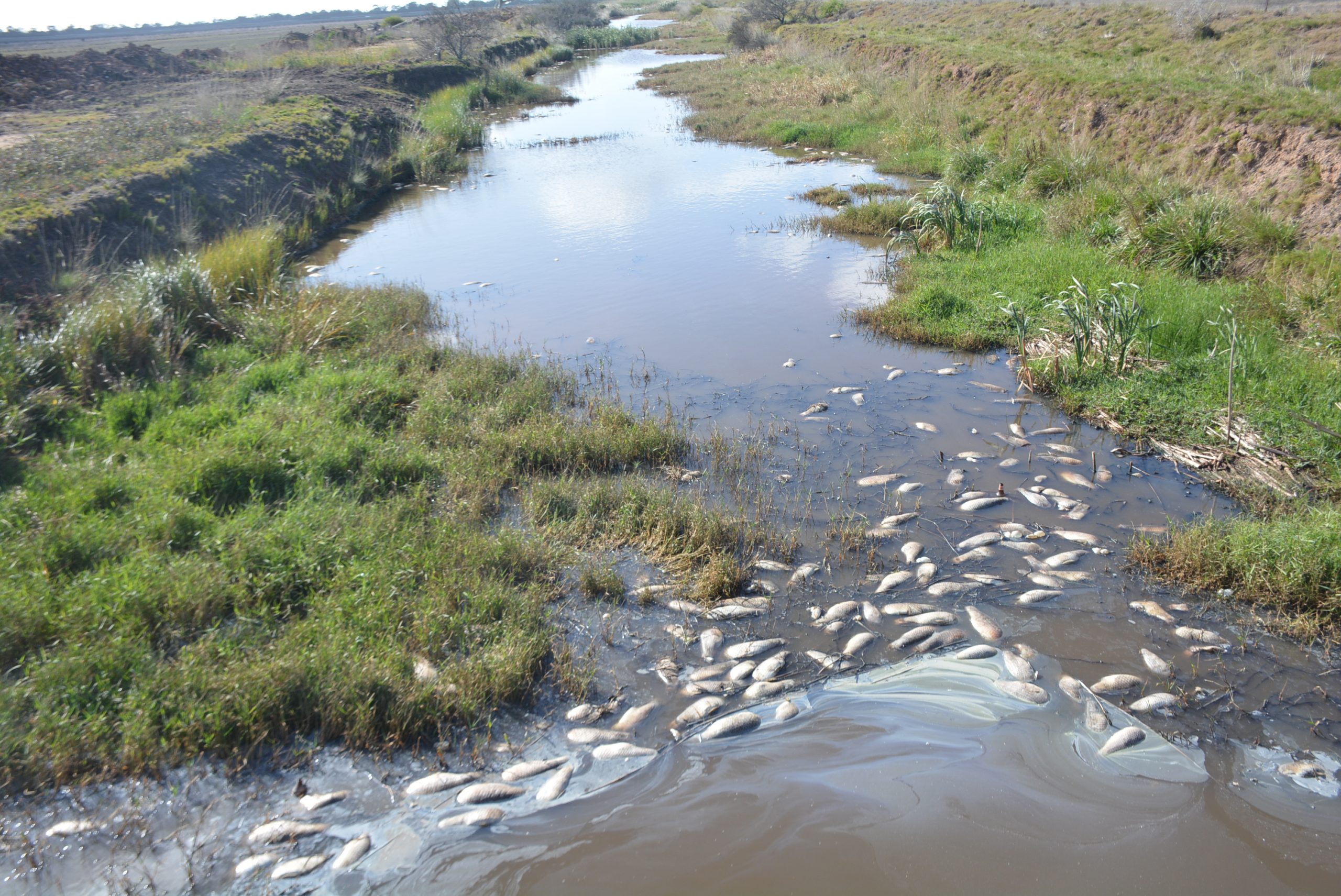 SOUTHERN Rural Water has confirmed that a mass fish kill in the Lake Wellington main drain at Cobains is not the result of pollution.

But a Sale resident has likened the death of hundreds of adult carp in the drain to the Murray-Darling Basin environmental disaster, where low water and oxygen levels, combined with increased salinity, have killed millions of fish in recent months.

The carp are rotting in the stagnant water of the run-off drain under the Murphy’s Rd bridge, creating a stench and posing an environmental hazard.

To make matters worse for nearby homes and farms, and for the health of the waterway that feeds Lake Wellington, a deer hunter has illegally dumped a mutilated carcass into the shallow water.

The resident, who did not want to be named, said he feared the dead carp were the “canaries in the coal mine” that indicated a more serious issue with the health of the waterways.

“We have already witnessed extreme saline flooding from Lake Wellington that has killed out large areas of swamp paper bark and an alarming number of old redgum trees,” he said.

“The continued reduction of fresh water inflows and the increasing influence of sea water within Lake Wellington can only result in further environmental losses.”

One of the main contributors to the Murray-Darling fish deaths is thought to be the drought, and continued lack of fresh water in-flow.

The Cobains main drain collects irrigation run-off which then flows into Lake Kakydra and then Lake Wellington.

A 2003 report by the Environment Protection Authority estimated that the Macalister Irrigation District, which covers an area of 53,000 hectares out of a total catchment area of the Gippsland Lakes of 2,077,000 hectares, contributed about 20 per cent of the nutrients entering the lakes system.

The report found that despite recommendations that included aiming for a 40 per cent reduction in the annual load of phosphorous leaving the MID and entering Lake Wellington, monitoring being carried out by Southern Rural Water at the time identified an upwards trend of nutrients leaving some catchments.

However, a Southern Rural Water spokeswoman said the fish kill was not the result of pollution, and the EPA had been notified.

“The EPA has confirmed this is one of several recent fish kill reports in the district, which are natural occurrences, typically caused by salt water ingress, not pollution,” she said.

“In these cases, EPA refers to DELWP and Fisheries Victoria, who will lead any further actions that may be required.”