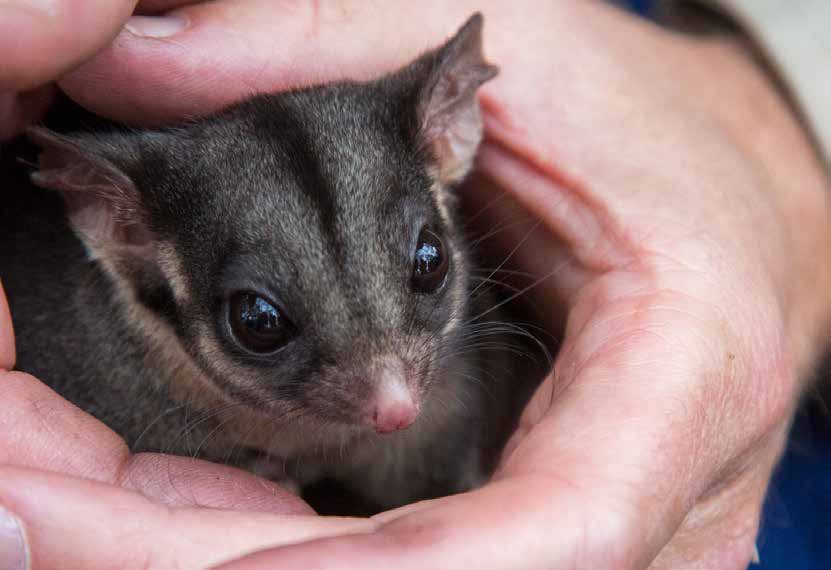 THOUSANDS of Leadbeater’s possums, the species which is officially listed as facing extinction, have now been found in the Central Highlands forests of Gippsland, the latest surveys show.

A total of 688 known Leadbeater’s possum colonies have been detected, according to the latest figures from November on VicForests’ website.

This figure includes the pre-existing 153 colonies estimated to have existed by 2014, and the 535 colonies that have been found in the more extensive and systematic state government surveys since then.

Each colony represents between three and 11 individual possums.

The surveys are conducted by VicForests, the Department of Environment, Land, Water and Planning, the Arthur Rylah Institute, Parks Victoria, Zoos Victoria and community groups.

The possum’s status as ‘critically endangered’ is being reviewed by the federal government.

Environmentalists are pushing for a Great National Park to protect the possum, but this threatens the existence of much of Gippsland’s native forest industry and the hundreds employed in it.

At risk are Australian Paper in the Latrobe Valley, Australian Sustainable Hardwoods in Heyfield and mills in west and east Gippsland.

The surveys have been conducted in six to 10 per cent of the possum’s potential or likely habitat.

There are 204,400 hectares of potential Leadbeater’s possum habitat found in the Central Highlands, with 70 per cent of that in parks and reserves and 30 per cent available for potential timber harvesting.

Most searches have taken place in the timber zones.

The 2014 Leadbeater’s Possum Advisory Group advocated 12 hectare buffer zones around each new colony detected, along with a ceiling of 200 new buffers.

Forestry consultant and author Mark Poynter, writing in Online Opinion, said the state government had ignored the upper limit and continued to install extra buffers, thus now creating 688 buffers, which had greatly cut the area of forest available for harvesting.

“New Leadbeater’s possum detections have now become so numerous that its critically endangered status is under review,” he said.

“The industry is now being denied access to forests because there are too many possums rather than too few.”

Mr Poynter, in a peer-reviewed article in Australian Forestry, said the original survey methods that suggested the possum was facing extinction were inadequate and had been overtaken by the more comprehensive surveys since 2014.

These used thermal imaging equipment and call playback, along with motion sensor cameras.

“Collectively, the use of such equipment has revolutionised nocturnal species surveying,” Mr Poynter said.

Mr Poynter said the detections in only six to 10 per cent of habitat were mainly in forest wood production zones in state forests.

The two-thirds of possum habitat in various reserves were far less surveyed.

“State forests are also easier to survey due to a more extensive and accessible road and track network,” he said.

Mr Poynter said the environmental benefits from actively managing forests were shown by the surveys, which had found many possums living in state forests used for timber harvesting.

The legally required practices, set out in forest management plans, involve retention of streamside reserves, limits on coupe size and distribution, retention of old trees or patches of trees, slope limits and exclusion of specific areas with identified special values.

A big conservation change has been a transition from clear felling to ‘regrowth retention harvesting’, where a half of each harvested coupe must remain within one tree height of adjacent unharvested forest.

“This increases the influence of adjacent older forest on regrowth harvested areas,” he said.

“This means that the highest quality Leadbeater’s Possum habitat is already excluded from timber harvesting,” he said.

“There is strong evidence that they are effective,” he said.

Similarly, of the 72 artificial hollows at 18 sites, possums had been found nesting in 37 (52 per cent) of them at 78 per cent of the sites.