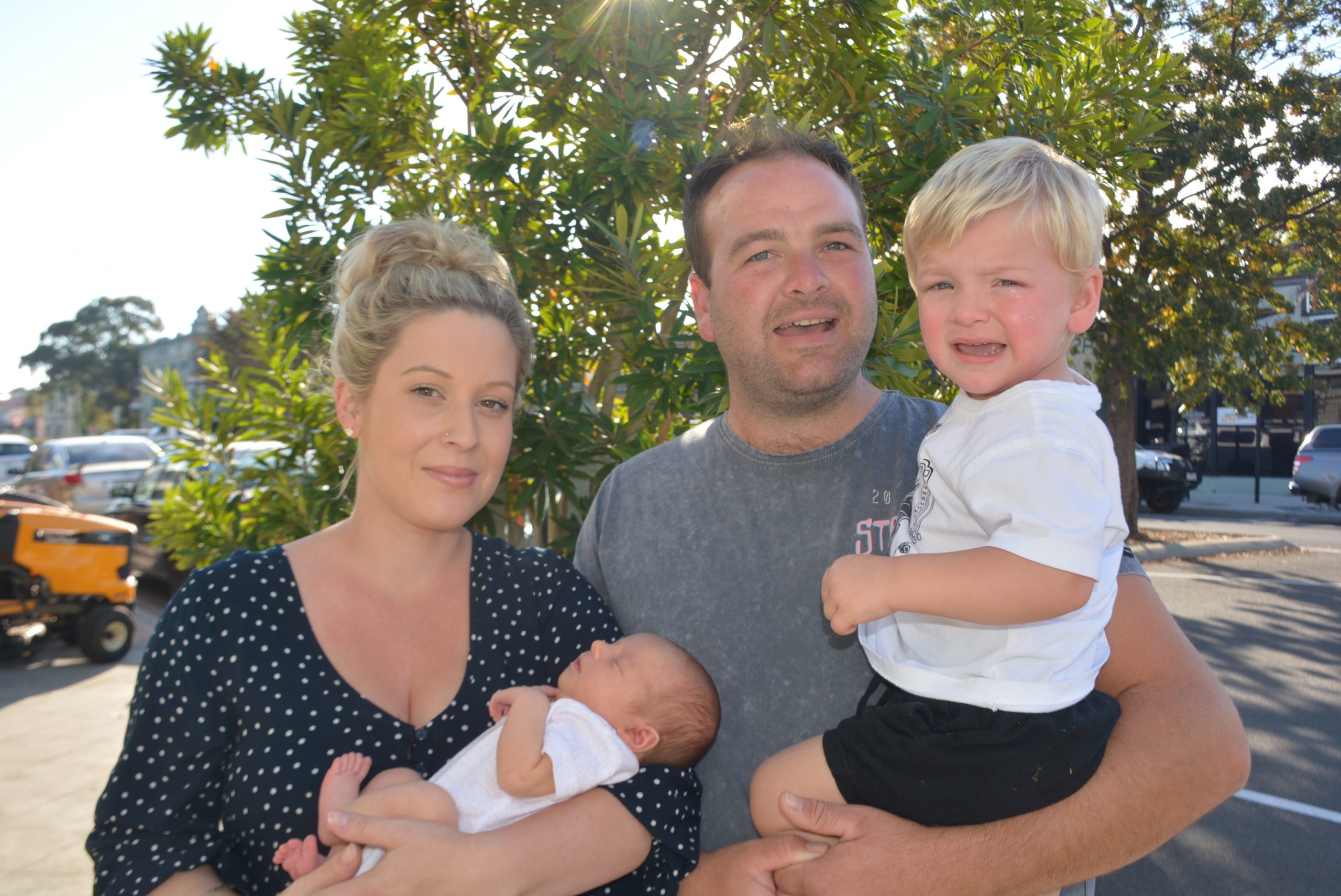 A PREGNANT Sale mum who went into labour just hours after her car struck wandering stock on the Sale-Heyfield Rd wants to send a big ‘thank you’ to all first responders.

Courtney Schuback was behind the wheel with her husband and toddler on board about 10pm on April 6 when an oncoming vehicle flashed its lights at her.

Unsure if she was being flashed because her high beam was on, she glanced down at her dashboard for what seemed like just a second.

By the time Courtney looked back up to the road, it was too late to brake and her vehicle – which was travelling on cruise control at 100kmh – struck a cow and its calf in the middle of the road.

While the accident could have been devastating, heavily-pregnant Courtney, her partner Jarrod and two-year-old toddler Kane were lucky to escape serious injury.

The inflated air bag, however, hit Courtney’s belly, rupturing the placenta and bringing on her labour within hours of being taken by ambulance to Sale Hospital.

Just after 2am that night, the Schuback’s baby girl Sienna Grace came into the world three and half weeks early, and suffering little more than minor bruising to her back, possibly caused by the air bag.

She was placed in a humidicrib and remained in hospital for three days to be treated for some unrelated issues, before she was given the green light to go home with her relieved parents.

Courtney said her first reaction in the moments after the crash was to make sure everyone got out of the car, as she was frightened it could burst into flames.

“I didn’t have time to panic or think too much about myself, because I could smell smoke, and I was really worried,” she said.

“It wasn’t until after everyone was out that I actually remembered that I was even pregnant.”

And while her focus is now on enjoying having her new bub at home with the family, Courtney said the thought of the accident and the help she received had stuck with her.

“I am just so grateful that someone stopped to help and stay with us until the ambulance came,” she said.

“It was reassuring to have someone else there and good to know that someone would stop to help.

“And the ambulance and the paramedics were great, arriving within what seemed like minutes.”

In the few days after giving birth, Courtney was keen to track down the mysterious stranger who stopped and helped, so her mum Gayle placed a notice on Facebook.

Not long after, Kelly Edwards came forward and the two have met and become good friends.

“Kelly even came up to hospital to visit me and see that we were okay, so we are really grateful to her,” Courtney said.