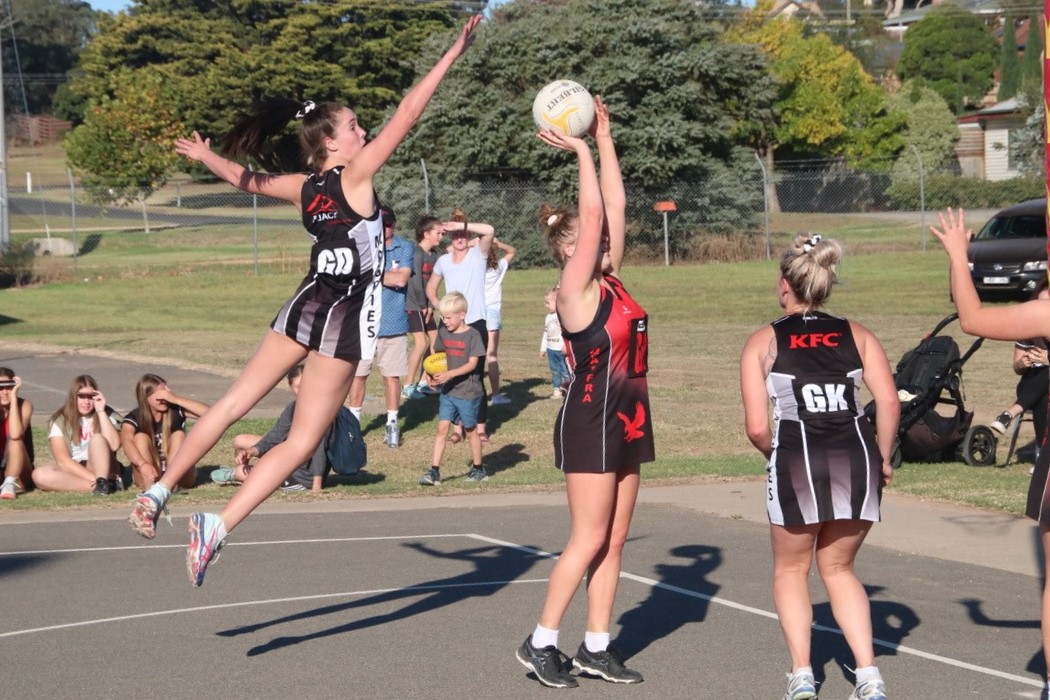 MAFFRA managed to stem a stealthy comeback from Sale, to take the Battle of the Birds victory 44-33 during round three of Gippsland League netball.

The small town rivalry intensified the Good Friday game, with each side digging deep to prove its worth.

Sale pulled ahead early, maintaining possession and moving well in defence to turn over some early Eagle attempts for goal, and notched ahead 11-8 at quarter-time.

Maffra made some changes, including inserting captain Emma Allman into centre and pulling Montana Holmes back into defence, and it paid off. At the half-time whistle, the Eagles had pulled out in front substantially.

In warm conditions, both teams retired to half-time with fatigue, but Sale came firing out of the gates for the third quarter, much to the Eagles’ bewilderment and detriment.

Sale workhorse Kristy Glover got plenty of touches through the midcourt, while Macey Gardiner used quick hands to feed into the young goaling team of Jenny Wrigglesworth and Hayley Castle.

Sale’s attack slowed the play right down, running its own game around the Eagles’ tall defence, and moved the ball into its goaling ring with calculated efficiency.

Going into the final quarter a goal in Maffra’s favour the difference, the Eagles refused to be shaken, and spread their wings to deny the goal-for-goal quarter the Magpies could have easily won.

Holmes, in goal defence for Maffra, managed intercept after intercept, and, with Allman, moved the ball through the midcourt in a flash.

The Eagles’ Faith Biddle, taking over goals from Abbey Pleydell in the dying minutes, moved well around the ring to slot in the final nails in Sale’s coffin.

Holmes was awarded the Pam Birss Memorial Medal for her contribution to the match.

In the other Good Friday match, Leongatha won at Wonthaggi 48-34.

Only one match was played in North Gippsland netball at the weekend, with Yarram defeating Churchill 41-33 on Friday.