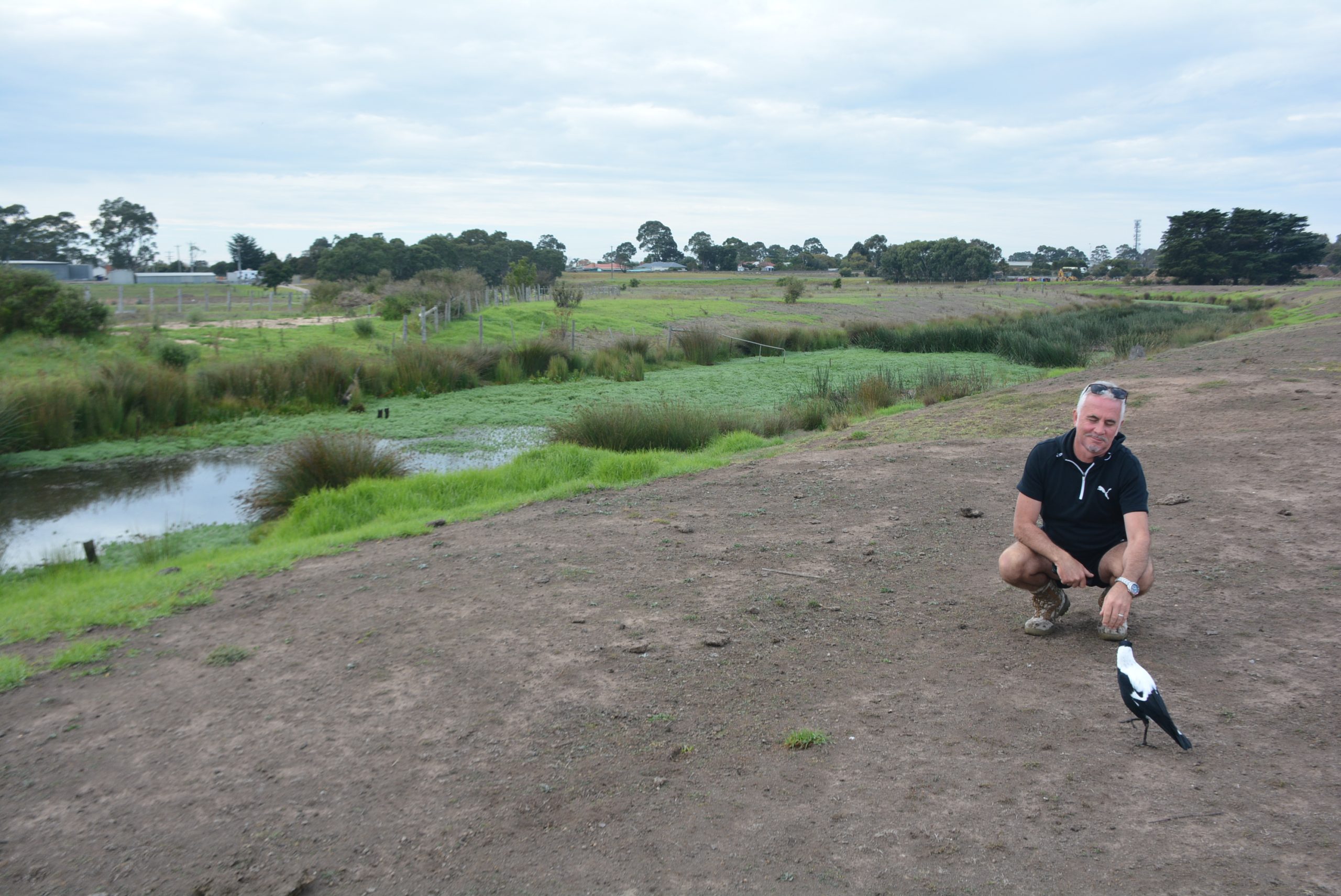 SALE-born philanthropist and builder Jason Thatcher has a vision to leave the world in a better state for the next generation.

Currently living in Briagolong, Mr Thatcher is a social entrepreneur who has founded several community programs in south-east Asia, including the Global Village Housing project in Cambodia, as well as medical facilities, schools and other community assets.

But his latest altruistic project is much closer to home, after he recently grabbed the opportunity to buy just over seven hectares (18 acres) of degraded grazing land bordering Flooding Creek in Sale, with a plan to bring it back to its natural state.

It might seem like a huge project, but with help from Trust for Nature, the West Gippsland Catchment Management Authority and Landcare, it should be a walk in the park for the energetic visionary.

Mr Thatcher bought the former farmland with his son Jay after he saw it advertised on the internet while in Vietnam, where he runs one of his two south-east Asian motorcycle touring companies that help fund his charitable pursuits.

“I knew the land straight away, because I grew up in Sale and we used to go ferreting there as young kids,” he said.

“It’s beautiful land, with the creek running right through it, and I had a vision of what could be done if we brought it back to its former glory.”

Without even haggling about the price, Mr Thatcher snapped up the land, which is flood prone and can’t be built on for residential housing.

He immediately contacted Trust for Nature, a not-for-profit organisation that places covenants on land to protect native plants and wildlife in cooperation with landowners.

The WGCMA and Landcare also jumped at the chance to become involved in the exciting project.

Maffra and District Landcare’s acting co-ordinator Carmen Lee said the group was “incredibly excited” to be involved in the land’s restoration.

“It’s such a great story, and we were so excited that someone like Jason had bought the land, because several of us had looked at it when it came on the market, and dreamed about what could be done,” she said.

Ms Lee said the project would build on the significant work already being done under the council and WGCMA’s master plan for restoration along the Flooding Creek.

“It’s so wonderful that Jason has purchased this land with the sole intent of restoring it to its natural state, as it is significant habitat and has some fabulous swampy wetlands,” she said.

Mr Thatcher’s vision is one that Trust for Nature regional manager John Hick would like others to share.

Mr Hick said the organisation was looking at entering into an agreement to place a covenant on the land once restoration works were completed.

“We usually look at protecting land that already has remnants of significant vegetation, so this is a new area for us, but it’s an area we’d be happy to explore with anyone interested,” he said.

“We are excited about embarking on a project like this with Jason, and it’s positive that he is keen to encourage community involvement and input from the Gunaikurnai Land and Waters Aboriginal Corporation.”

Trust For Nature currently has about 1400 covenants on land around Victoria, with 137 of those in west Gippsland.

“We already have a lot of people engaged in this process of protecting what we have, and it’s always good to speak to people who want to come on board,” Mr Hick said.

Some of the first challenges for the restoration team include ridding the section of Flooding Creek of invasive water lilies and carp, restoring the damaged banks, filling in the hundreds of rabbit holes, and clearing the land of blackberries, thorns and other non-indigenous flora.

There’s also a massive replanting program planned to restore some of the indigenous flora and improve the health of the environment.

Another feature of the land is the remnant of a former billabong in the middle of the block, which was drained during the land’s previous farming life, but will be brought back to its former glory and hopefully again become a haven for native aquatic and bird life.

Mr Thatcher, who spends some of the year at his home in Briagolong and the remainder of the time running his overseas projects, knows he has a big job ahead of him, but is not the least daunted by the challenge.