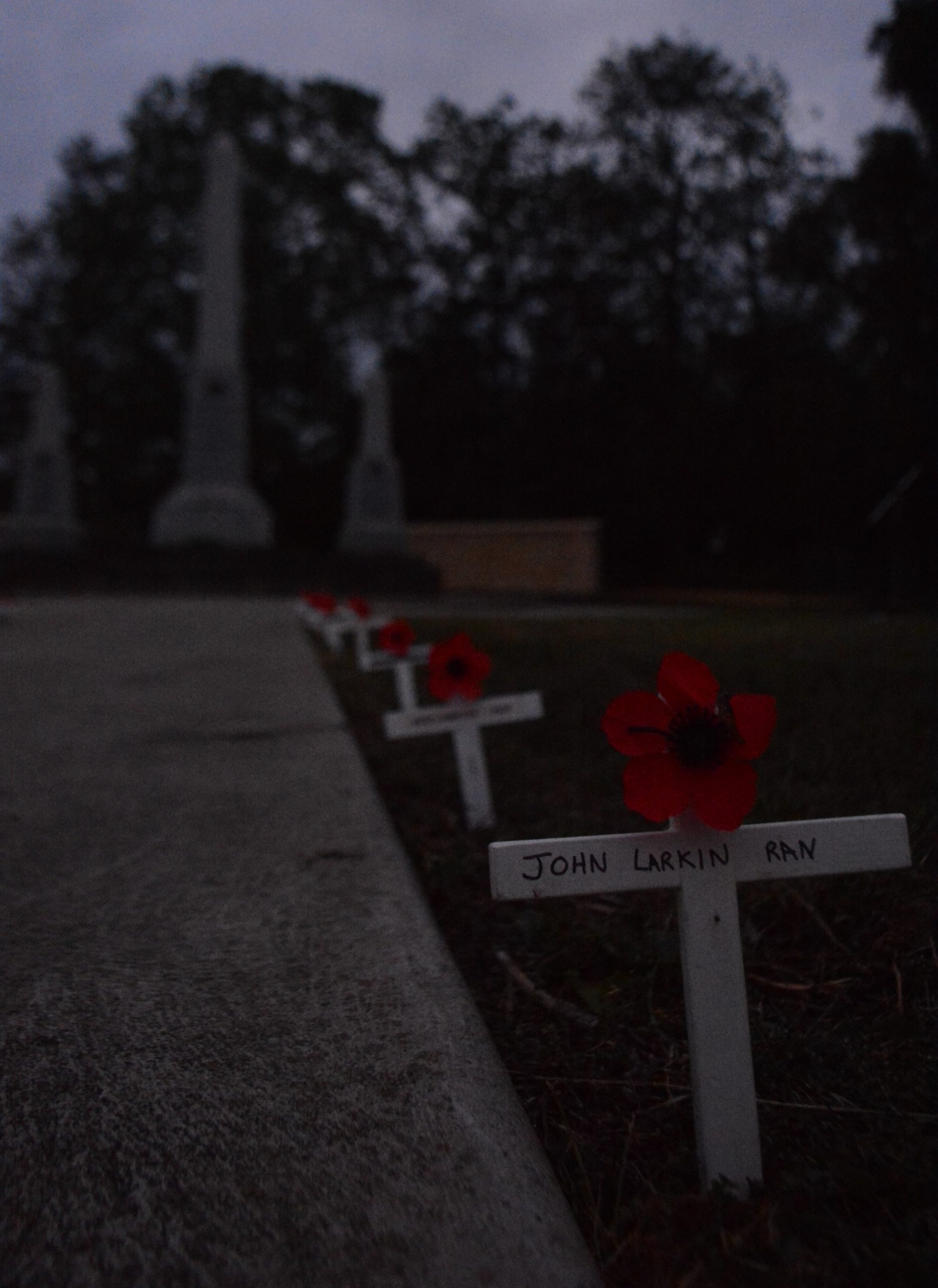 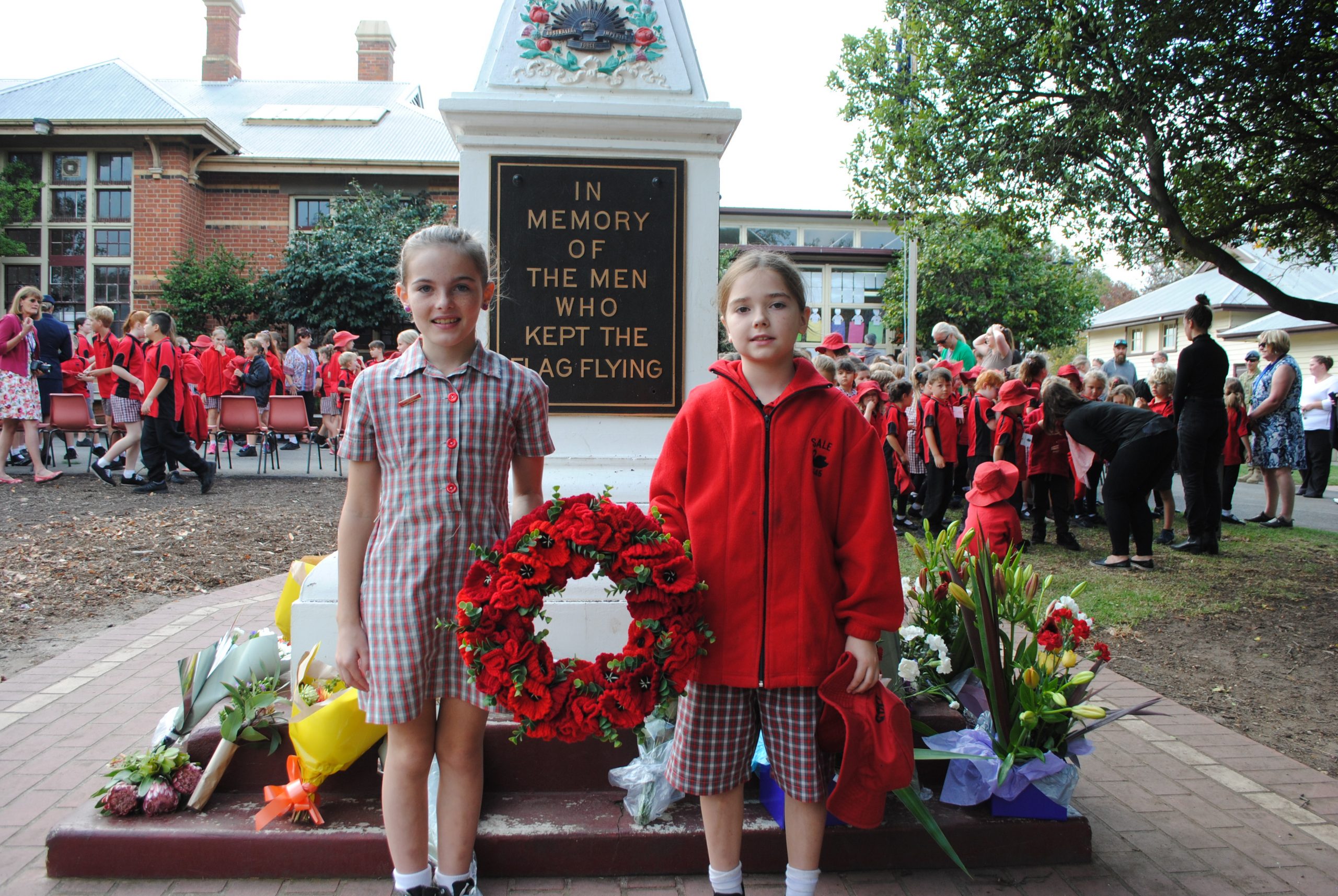 ON Thursday across Wellington Shire, residents woke early and gathered in the dark to solemnly pay their respects at Anzac Day dawn services.

In sleepy Briagolong about 100 people, young and old, huddled in the cool morning air of Anzac Park, as Briagolong RSL president Mark Wagstaff spoke about soldiers who would tactically rise before the disorientating grey of morning.

Briagolong resident Everyman’s Welfare Service representative Neil McGinn, of Gaza Ridge Barracks, Bandiana, stood to attention and trumpeted The Last Post, before a minute’s silence for those servicemen and women who never returned from war.

A lone magpie, quietly warbling to signal dawn, was the only sound to break the stillness.

Following the service, residents made their way to Briagolong RSL Log Cabin for a hot breakfast, where Peter Boulton recited an emotional poem, titled Beneath the Faded Word by Tambo Upper poet Peter Thomas.

Later in the morning, a commemorative service and march were held, and in the afternoon, punters indulged in a Diggers’ favourite – two-up.