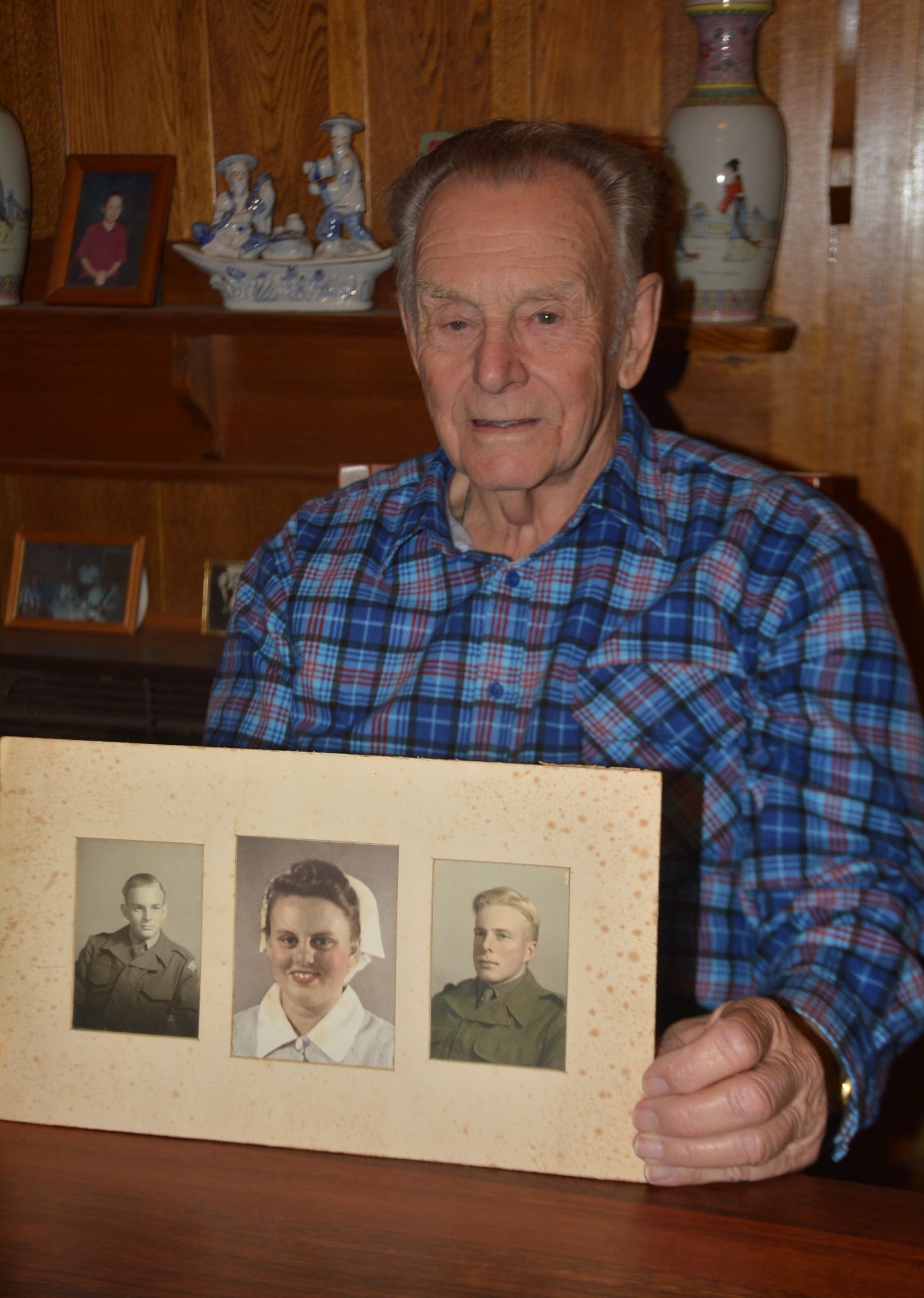 STRATFORD’S Harry Jacobs doesn’t talk much about the war.

Until now, the Korean War veteran has never had “those” conversations with anyone – not his late wife, not his family, not his friends.

“I don’t like to think about those days – I just push them to the back of my mind, and leave them there,” he says, matter-of-factly.

But every year, whether it’s selling poppies and badges, or attending the Anzac Day march or Remembrance Day services, the 84-year-old is at the Stratford RSL sub-branch to remember others who served.

Like most who enlisted for service, Harry joined the regular army at 18 in 1950 because life at home was tough.

“I was the middle child of seven, and grew up in a small house with no electricity in the Sydney suburb of Kurnell,” he said.

“We didn’t get electricity until after 1954, so mum had to do all the washing by hand, and it was a hard life.”

Harry left home at 16 to work long hours in a glass factory in Bondi, but said living away from home in a small flat for little return was difficult.

“It was five years after World War 2 ended, and there very few jobs and no prospects.

“So the opportunity to join the army, with good pay and three meals a day, was too good to refuse.”

But when Communist and capitalist tensions came to blows on the Korean peninsula in June 1950 as 75,000 North Korean soldiers stormed across the border into South Korea, Australia was drawn into the bloody mire again, and Harry had the chance to prove his commitment to the nation.

From 1950-53, 17,000 Australians in the Army, Navy and Air Force fought as part of the United Nations multinational force, defending South Korea from the Communist force of North Korea.

Australian forces remained in Korea until 1957 as military observers.

Harry was 19 by the time he was sent to Korea in 1951 as a member of the 3rd Battalion, and considers it “luck” that he didn’t experience much of the “rugged” stuff in those 12 months in Korea.

“By the time I went to Korea, much of the really brutal fighting had already happened, and it was really a time of negotiation and trying to organise peace talks,” he said.

“Things had largely stabilised, and our patrols were really about keeping the area safe.”

As one of two radio operators in his company, Harry had the important job of a companying troops on patrol several times a week, as they were continually harassed by artillery fire and mortar attack.

“It was confronting, because with artillery fire you’d have about four to five seconds to dive into a hole to escape, but there was no warning with the mortar attack,” he said.

Harry saw many things he won’t talk about, and was on patrol in the same area as his older brother Alf on the night his sibling disappeared in a cloud of gunfire and confusion, never to return to base.

Alf, who had signed up in 1952 with a special K Force unit made up mainly of World War 2 veterans, was officially listed as “missing in action”, leaving Harry’s family back home with the distressing thought of not knowing his fate.

But Harry says he always suspected his brother was alive. “I had spoken to other soldiers from the K Force who were with him and they had seen him after the gunfire, so I knew he was wounded, but I also felt he hadn’t died that night.”

His instincts were right, confirmed 12 months later when he was stationed with a base signal unit in Japan.

“One bloke brought into the hospital there during a prisoner exchange had smuggled out a list of POW names under his jacket, and my brother’s name was on it,” he said.

“That was the first confirmation I’d had that he was alive.”

Alf was eventually released from a North Korean POW camp with a number of other Australians in 1953 after a ceasefire was signed, and Harry’s first meeting with him was in his pyjamas and dressing gown on a jetty in the Japanese town of Kure.

“I was still in Japan, but I was in hospital being treated for malaria at the time, so when Alf was flown in to be checked out before he flew home, they let me out to see him, so there I was at the jetty in my pyjamas and dressing gown to greet him,” he said.

“That was a very special moment.”

During that meeting Harry found out Alf had been captured by the Chinese and taken over the border into North Korea, where he was held as a POW for 12 months.

“They had operated on him to fix a broken arm, without anaesthetic, but he had a load of shrapnel in his shoulder too and they just left that there,” Harry said.

When Harry finally came home 12 months after the end of the war, life was busy and full.

Jobs were scarce and his work life began on a dairy farm in Gippsland, before he moved to Donalda Motors in Maffra, then to administration at Maffra Hospital, before retiring in 1994.

With a busy family life, two children and three grand children, there hasn’t had much time to dwell on his service years, but Harry’s involvement with the RSL ensures he makes the time to think of all those who served, those he met, and those who died.

Estimates put the death toll of the Korean War at 2.5 million, with 340 Australian soldiers killed and more than 1200 injured.

For Harry, reflection is cathartic.

“I think of those people, when I reflect” he said.

“I really never expected to see any of the people I served with again, but funny this is, I was attending a Defence Force service in Melbourne a few years ago when I turned around and saw a radio operator from my signal section in Korea, and my good friend, Jack Blankley,” he said.

“We just talked and talked about what we’d been doing since the war.

“I like to think about those mates, and I probably always will.”