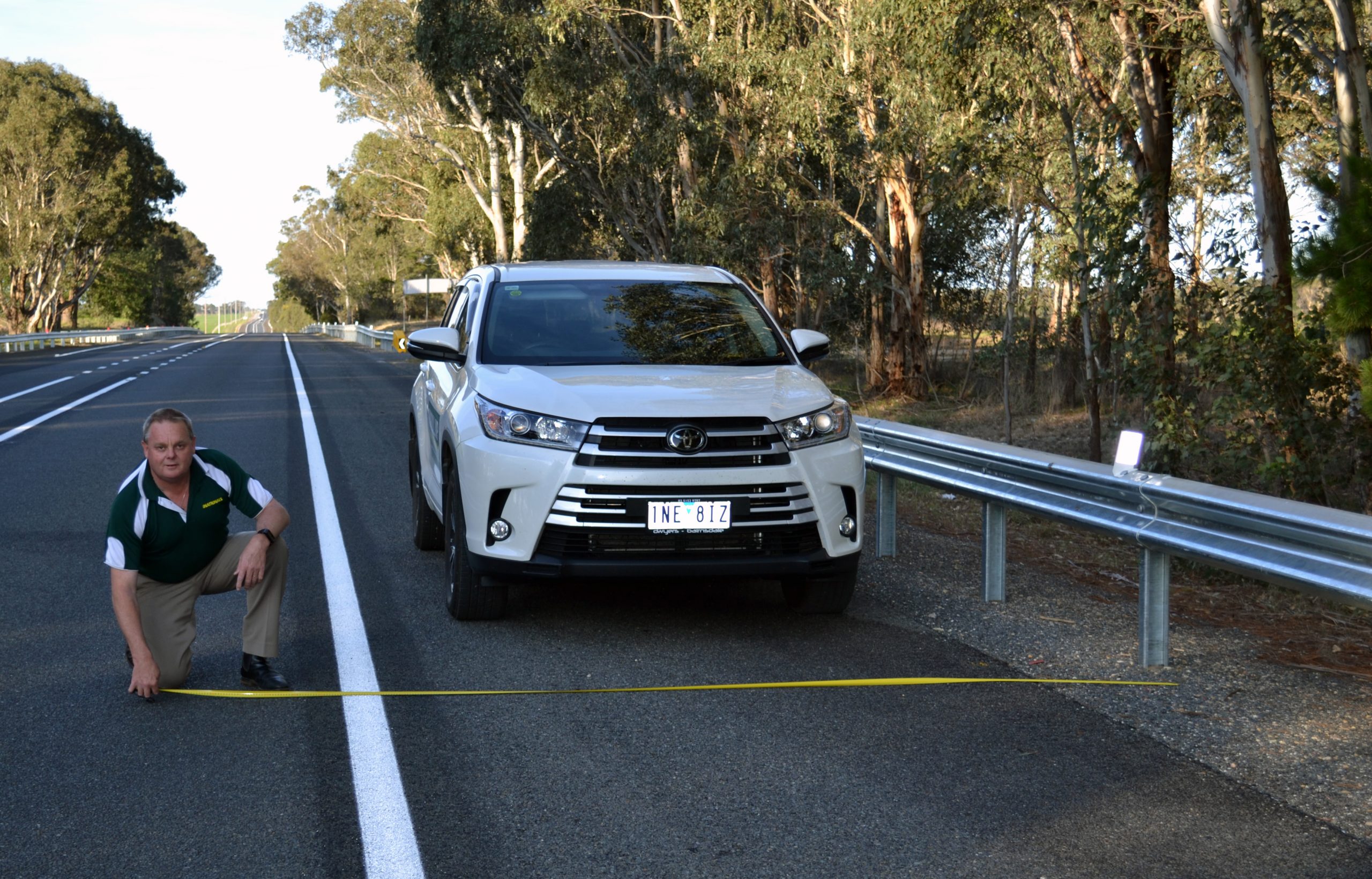 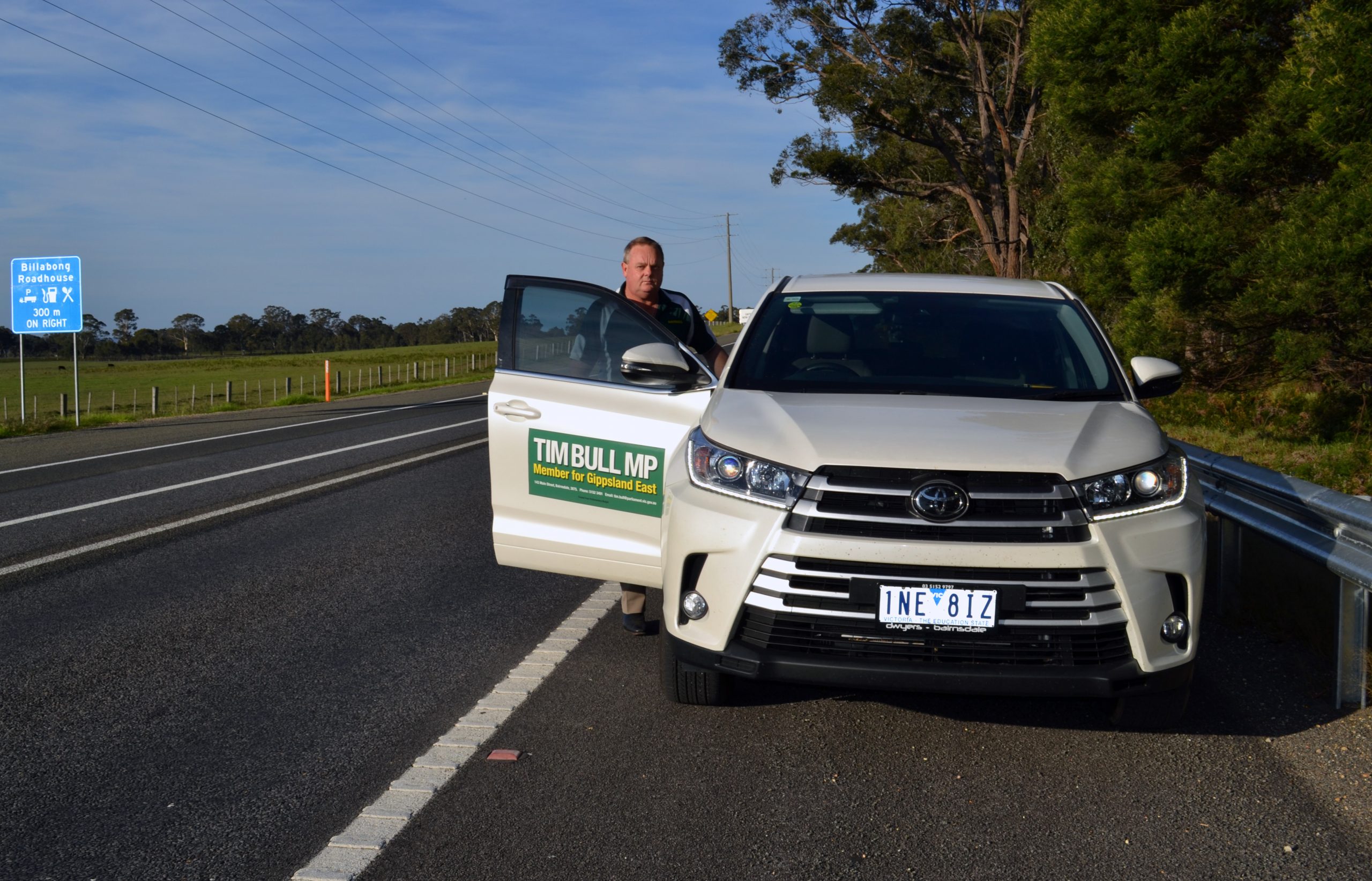 REGIONAL Roads Victoria, a division of VicRoads, is not adhering to its own best practice guidelines for the Princes Highway safety barrier project it is undertaking between Bairnsdale and Stratford.

That is the view of Gippsland East MLA Tim Bull, who said this revelation was just the latest concern to arise on this project.

“Page two of VicRoads’ own design note dated March 2019 says ‘Every effort should be made to achieve the desirable offset of four to six metres as it allows broken down vehicles to pull over clear of traffic lanes and provides space for maintenance vehicles’,” Mr Bull pointed out.

“However, the offset (distance between edge of road and side barrier) on this stretch of highway is only three metres, and already we have seen cases where buses can’t pull over as here is not enough room to open their doors to let passengers [such as] students alight, and truck drivers cannot pull over to change a tyre without intruding into the traffic lane.

“On top of this, I have had a local road transport operator say he has identified over 20 locations where even the minimum three metres is not being met.”

Mr Bull said the VicRoads document clearly stated later (page six) that the reason for this desired four to six metre offset was “so occupants are able to open the doors of a passenger vehicle clear of the traffic lane”.

“I would have thought that on the Princes Highway which experiences very high traffic volumes, especially around holiday times, there would have been an effort to adhere to what VicRoads says is its own preferred standards, especially when it says ‘every effort’ should be made to achieve them,” Mr Bull said.

“Clearly not every effort has been made here,” Mr Bull said.

“There are significant stretches where the other side of the barrier is flat open land and extending this offset would have been relatively easy had the funding been provided.”

Mr Bull said the litany of “disasters” on the Princes Highway works from Sale to Bairnsdale included areas of new road having to be repaired on multiple occasions, uneven road surfaces after works have been completed, lack of table drains in locations where they should be installed and poor or non-existent line marking that had led to driver confusion.

“The other matter that is constantly raised with me is that while we are removing the ability to overtake with these centre of the road barriers, only one more overtaking lane in each direction is being installed.

“It is clear that when we have a vehicle travelling at 60 to 70 kilometres per hour, whether that be a tractor with farm machinery, a caravan or other, it is going to lead to great driver frustration.

“Many motorists have already told me they will now permanently be using Bengworden Rd to avoid this situation.

“The problem with this of course is local police have already said Bengworden Rd is a higher risk road due to its inferior infrastructure and being narrower.”

“Each road safety upgrade is tailored to the conditions, crash history and use of that particular road,” he said.

“Barriers on this section of the Princes Highway have been installed in line with VicRoads’ design principles.

“This includes aiming to ensure a minimum three metre offset where considerable earthworks are required, which was the case for this project.”

Mr Lawrence said there were times when this distance could not be achieved because of inhibiting factors including roadside vegetation, cultural heritage, the road topography, or fixed infrastructure such as bridges.

“In such cases along the Princes Highway, no centreline barrier has been installed to ensure drivers can get around vehicles that may break down or need to pull over in an emergency,” he said.

“In addition to intersections, there are also breaks of around 20 metres in the barrier at every property entrance – roughly every 500-700 metres.”

Mr Lawrence said the existing designated overtaking lanes for drivers to safely pass other motorists had been maintained, and additional overtaking lanes were being installed in both directions near Lindenow Rd.

“Our assessments prior to construction found that the new barriers would not greatly reduce overtaking opportunities, especially when increasing traffic volumes are taken into account,” he said.

Commenting on road repairs and linemarking, Mr Lawrence said across the entire regional road network, RRV undertook maintenance “as required” and had repaired isolated sections of the road shoulder at this location (about per cent of entire length).

“Extreme heat was a contributing cause of the ‘bleeding’ on the road shoulder between Sale and Stratford,” he said.

“Due to weather conditions at the time of initial works, a certain type of seal had to be used between Sale and Stratford that requires a final seal at a later date (approximately 12 months) to allow the bitumen to cure.

“We need to wait until later in the year when the conditions are right to apply the final seal – extreme heat, cold and/or wet conditions can result in the seal deteriorating and not lasting for its anticipated life.

“That’s why we’ll be back towards the end of 2019 to finish the sealing.

“This final seal will ensure the road is weather-proof and durable for many years to come.

“In the meantime, we are relinemarking to improve driving conditions until the final seal is applied.”

Mr Lawrence maintained the flexible barriers would save lives.

“This section of the Princes Highway was deemed one of the highest-risk roads in the state – that’s why we are installing lifesaving barriers which are proven to prevent head-on and run-off-road crashes,” he said.

“Our safety upgrades on the Princes Highway have been designed by expert engineers in accordance with our flexible barrier guidelines. “

Run-off-road and head-on crashes are the leading causes of deaths on Gippsland roads.

On the section of the Princes Highway between Sale and Bairnsdale, five people were killed and 17 were seriously injured in crashes during the five years between January 1, 2011 and December 31, 2015.