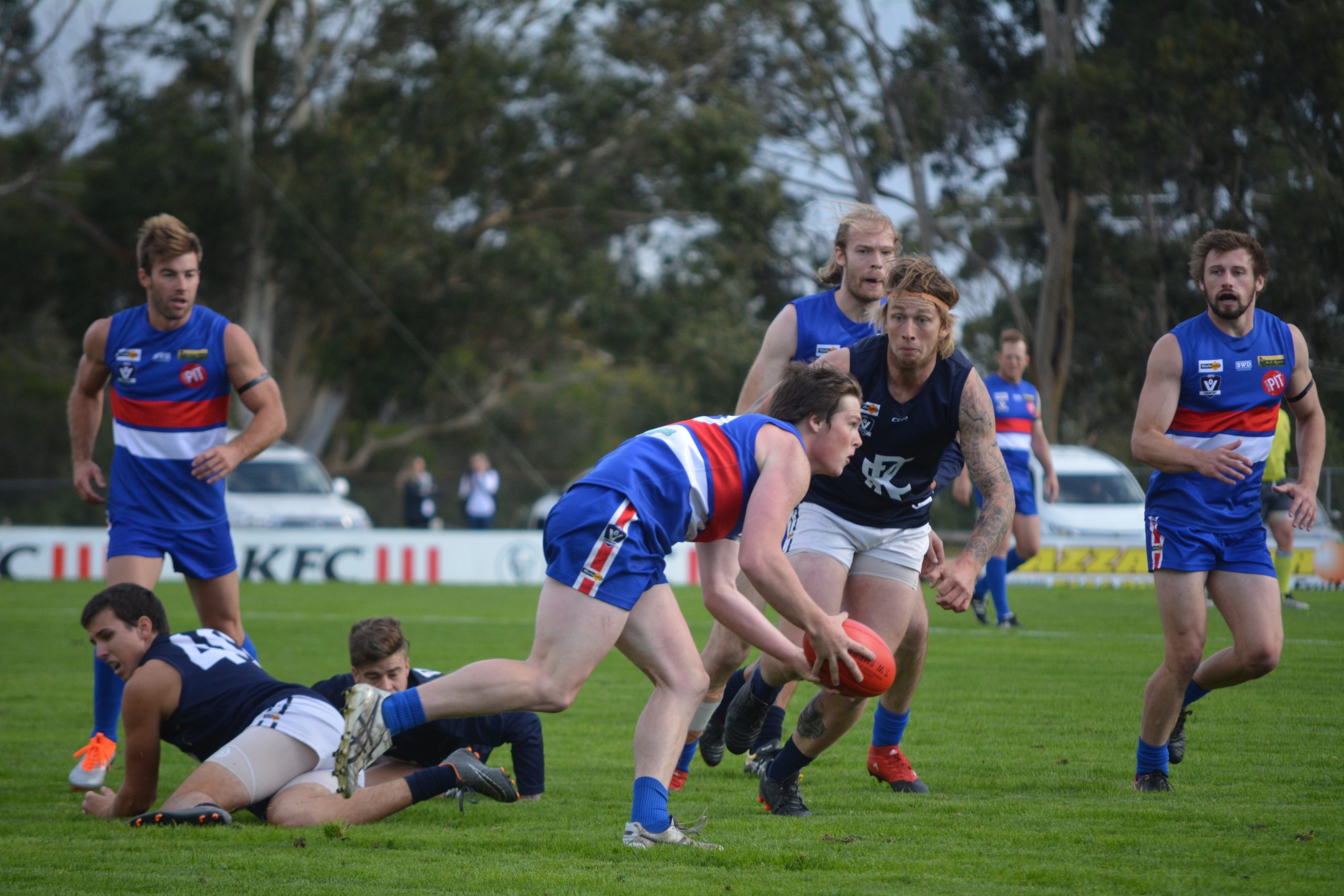 SALE City moved to the top of the North Gippsland football ladder after a 24-point victory over Rosedale.

After ending the Blues’ winning start to the season, the Bulldogs and Churchill are the only two undefeated teams after three rounds.

The Bulldogs defeated a Rosedale side missing midfielders Dale Fleming and Rohan Hildebrand, 11.15 (81) to 9.3 (57), on Saturday.

The Bulldogs had the better of the first quarter, but that wasn’t rewarded on the scoreboard, kicking 2.6 to head into the first break level with the Blues, who kicked three goals straight.

City’s woes in front of goal continued into the second term, kicking 2.5.

The Blues, who had the aid of the breeze, booted four goals to claim an eight-point half-time lead.

Back with a favourable wind in the third quarter, the Bulldogs kicked five unanswered goals to lead by 21 points at the final break. The Blues were unable to make inroads into the deficit during the final quarter.

CHURCHILL defeated Heyfield by 19 points at home to move into second spot on the ladder.

The hosts kept the Kangaroos at bay for three quarters, leading by 30 points, before the visitors kicked four goals to two in the final term, but it was too late.

The match was Justin Cox’s 350th club game for Heyfield.

THE upset of the round came at Yarram, where the Demons lost to Cowwarr.

The Saints took the game up to the lacklustre Demons, leading by 20 points at half-time.

The Demons lifted in the third quarter, booting six goals to two to level the scores at three-quarter-time.

Many would have predicted the Demons to continue their charge in the final term, but Cowwarr regained its composure to kick two goals to one and win 9.13 (67) to 9.6 (60).

The victory moved the Saints into fourth place on the ladder, above the Demons, who are now sixth after back-to-back losses.

Ned Gowers and Tom Pattle were outstanding for the Saints, while Jarryd Swift was the Demons’ best player, kicking three goals, the same as teammate Anthony Scott.

Cameron Graham was best-on-ground for Glengarry.

Zach Kilgower and Guy Sinclair kicked four goals each for the Bombers, with Ricky Cochrane their best player.

Tom Crosby and Gary Jones tried hard to keep the Wildcats in the contest.