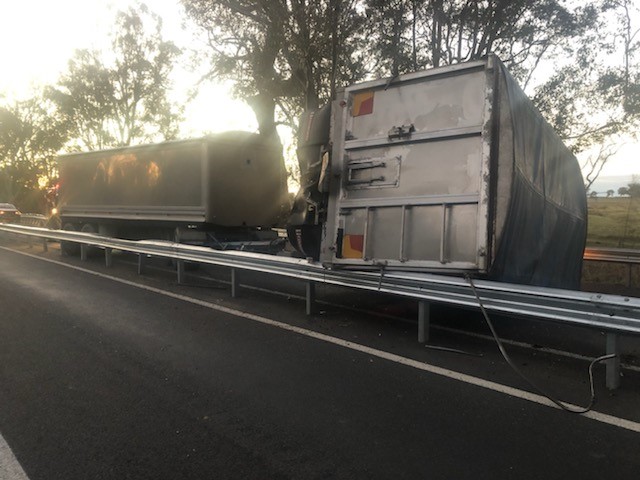 TRAFFIC travelling through Stratford on the Princes Highway was diverted for several hours to Bengworden Rd on Monday after a truck tipped on its side east of Bengworden Rd about 4.20am.

Police, VicRoads and CFA attended after a tipper truck pulling a dog trailer hit the centre road barriers three to four kilometres out of Stratford and tipped onto its side, blocking all west-bound vehicles.

Acting senior sergeant Trevor Barton said the 24-year-old driver from Bruthen told police he had swerved to avoid wildlife on the road when his vehicle hit the barriers and tipped.

He was not seriously injured, but was transported to Sale Hospital as a precaution.

Traffic management was established at Rileys Rd near Stratford to guide drivers to the detour route, until the vehicle was towed from the scene and a clean-up crew had cleared the area of hazards.

Senior Sergeant Barton said the accident was being investigated.