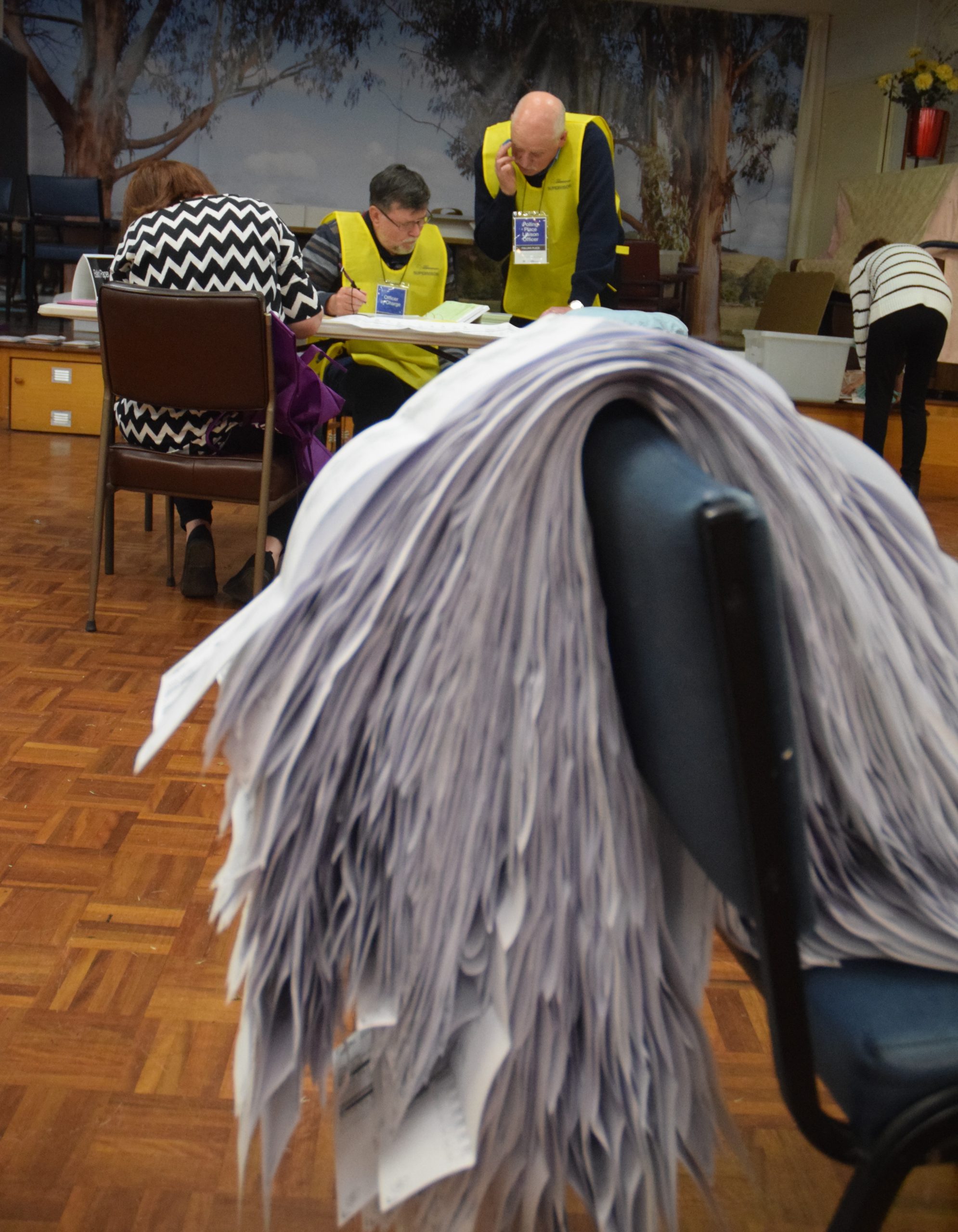 YESTERDAY morning with 82.72 per cent of the vote counted for the seat of Gippsland, the Nationals’ Darren Chester led on two candidate preferred with 67.25 per cent compared to Labor’s Antoinette Holm with 32.75 per cent.

This represented a swing of slightly less than one per cent against Mr Chester from the 2016 result.

David Snelling of the Shooters, Fishers and Farmers had 6.90 per cent of the primary vote, Deb Foskey of The Greens (Vic) was on 5.58 per cent, a swing away of 2.25 per cent, followed by Kerri Brewer of the United Australia Party (4.36), independent Sonia Buckley (3.05) and Neville Tickner of Fraser Anning’s Conservative National Party (2.09).

Most booths in Gippsland had returned first preference and two candidate preferred results by 8.30pm, with some as early as 6.40pm.