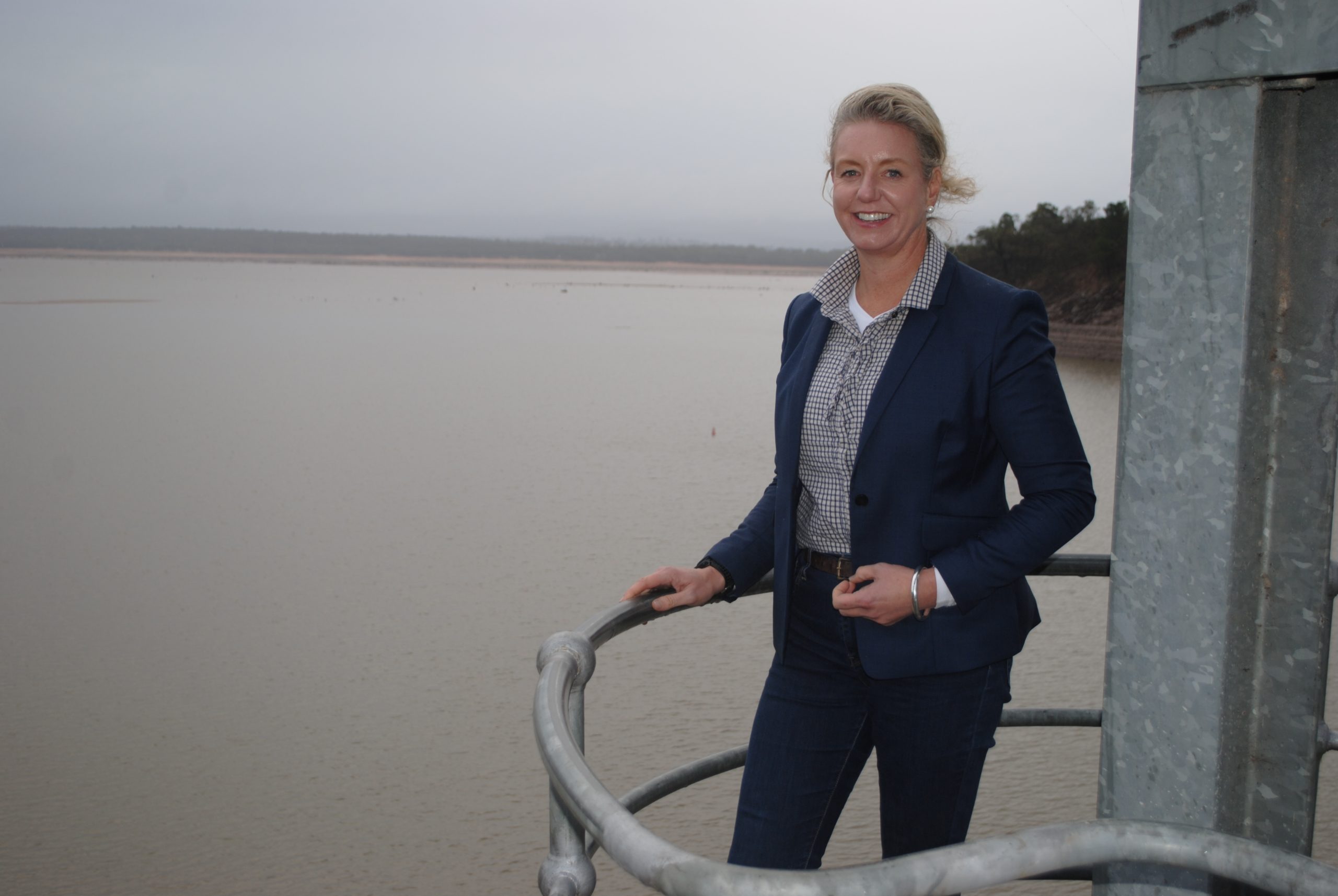 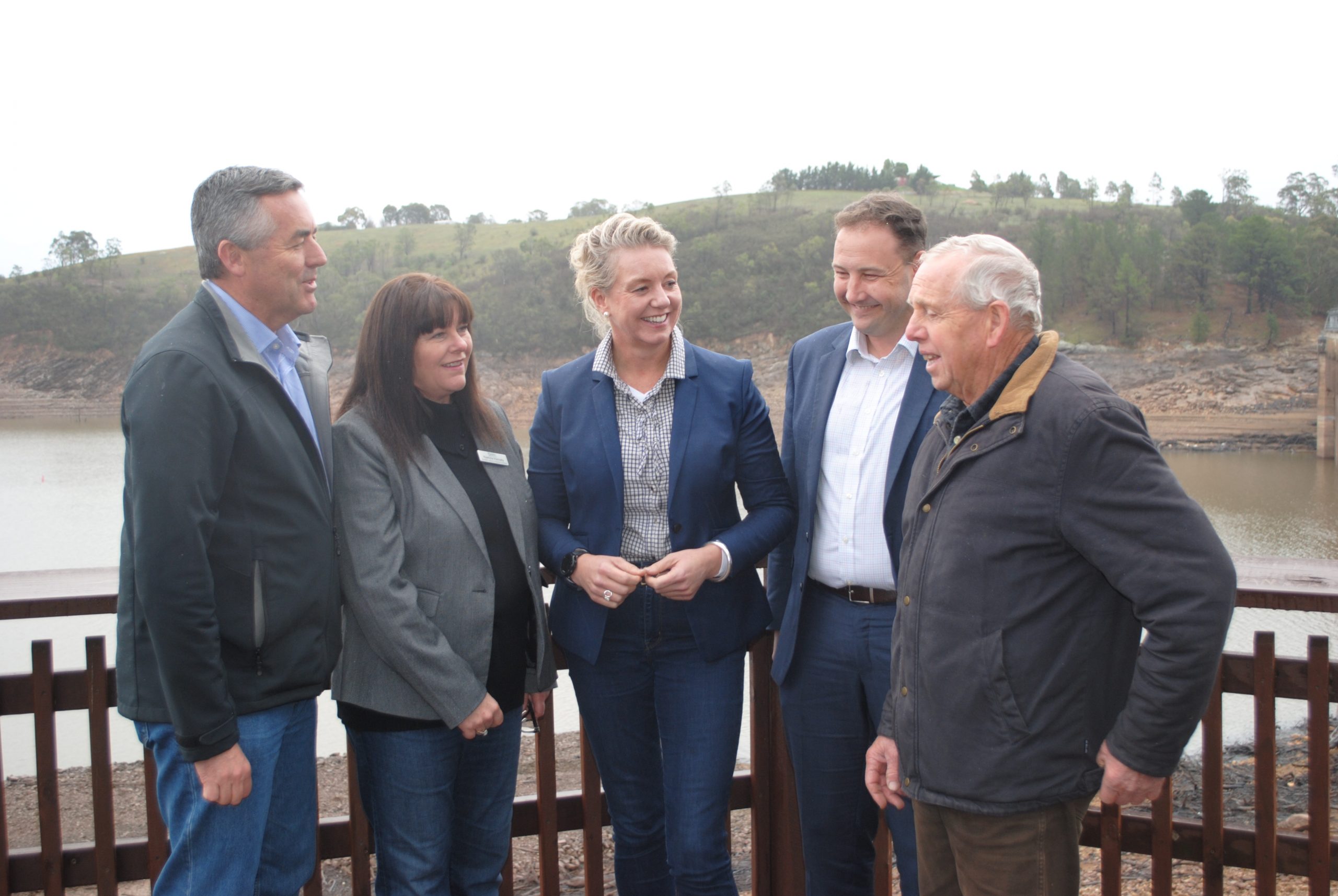 NEWLY-appointed federal Agriculture Minister Bridget McKenzie undertook a familiarisation tour of the area on Monday, dropping by a number of locations across the region to meet fishing, horticulture, agriculture and timber sector industry leaders.

Ms McKenzie was shown about by Gippsland MHR Darren Chester, with the Gippsland visit the first of a busy four-week ‘listening tour’ across the nation.

Having been in the role of Agriculture Minister for only nine days, Minister McKenzie’s visit coincided with a decent amount of rainfall as the first week of winter hit.

“Upgrading the irrigation district is going to result in incredible productivity gains over time, and it’s great to be here on the ground as we see the pipes going in,” Ms McKenzie said.

“Agribusiness delivers $7 billion to this region and employs over 16,500 people locally, and too often I think it isn’t appreciated for the role it plays in local economies.

“Agricultural infrastructure is creating a vision that has really driven the growth and expansion of businesses to really make Gippsland the salad bowl of the nation in exporting around the world, so it’s the sort of growth I want to see right across Gippsland and regional Australia.”

The MID received a boost during the Prime Minister’s visit in February, when it was announced $31 million from the federal government would go towards phase two of the modernisation project.

“We’re just waiting for some funding from the state government, and then we’ll be able to get the drawings on the board and get the project happening,” she said.

“It could be as early as 2020 – I would hope to see some works starting then.

“The benefits to the irrigators will be easier access for farmers to water and the water can come in greater amounts in a shorter time frame so they [farmers] can have their on-farm irrigation methods brought into the 21st century,” Ms Hanratty said.

“We currently have nine Dethridge wheels that we irrigate out of, which we could cut back to two outlets and irrigate a whole farm, so that saving is not just water – it’s time and management.

“For us, time is money, and the saving on our system will be about 10 gigalitres of water, so it just adds up; it has to happen.”

As well as hearing how the MID modernisation was tracking, Ms Mckenzie visited the fishermen’s cooperative in Lakes Entrance, Bulmer Farms in Lindenow and Australian Sustainable Hardwoods in Heyfield.

The minister said labelling in the fishing industry would be one of the key areas her cabinet would address.

“Obviously there is a crossover between state and federal interest in terms of managing the fisheries, but we need to have a sustainable industry because red tape is affecting profitability,” she said.

“The issue of labelling is something in previous roles I’ve had a strong interest in.

“At the moment you can go into supermarkets and you know whether you’re buying sustainably harvested Australian seafood because it has to be labelled as such, but unfortunately if you go into a restaurant or your local fish and chip shop you don’t know where that flake or whiting has been sourced from.

“We need to make sure that those fishers are getting a return for that sustainability factor – which at the moment at restaurants and fast food chains they’re not.”

Ms Mckenzie also said her team would be working hard in the face of rising animal activism.

“I think there is a growing disconnect between urban Australia and regional Australia, and you see the evidence in the fact that there is a lack of appreciation for how the lifestyle enjoyed by those in the city is actually as a result of the hard work and primary production that occurs in country regions,” she said.

“It is something state governments should be examining given what happened to Gippy Goat Café, and given that regulations and trespass laws are a function of state governments, you would think it would want to see a sustainable industry where its workers are protected and encouraged rather than denigrated.”

The new minister has high hopes for the agricultural sector.

“We’ve got to grow agriculture to be a $100 billion industry by 2030 – Gippsland is going to play a significant role in getting that done, given its high productive value,” she said.

“The challenges are obviously drought for one, but also the opportunities that lie ahead for a successful agricultural future are immense.”