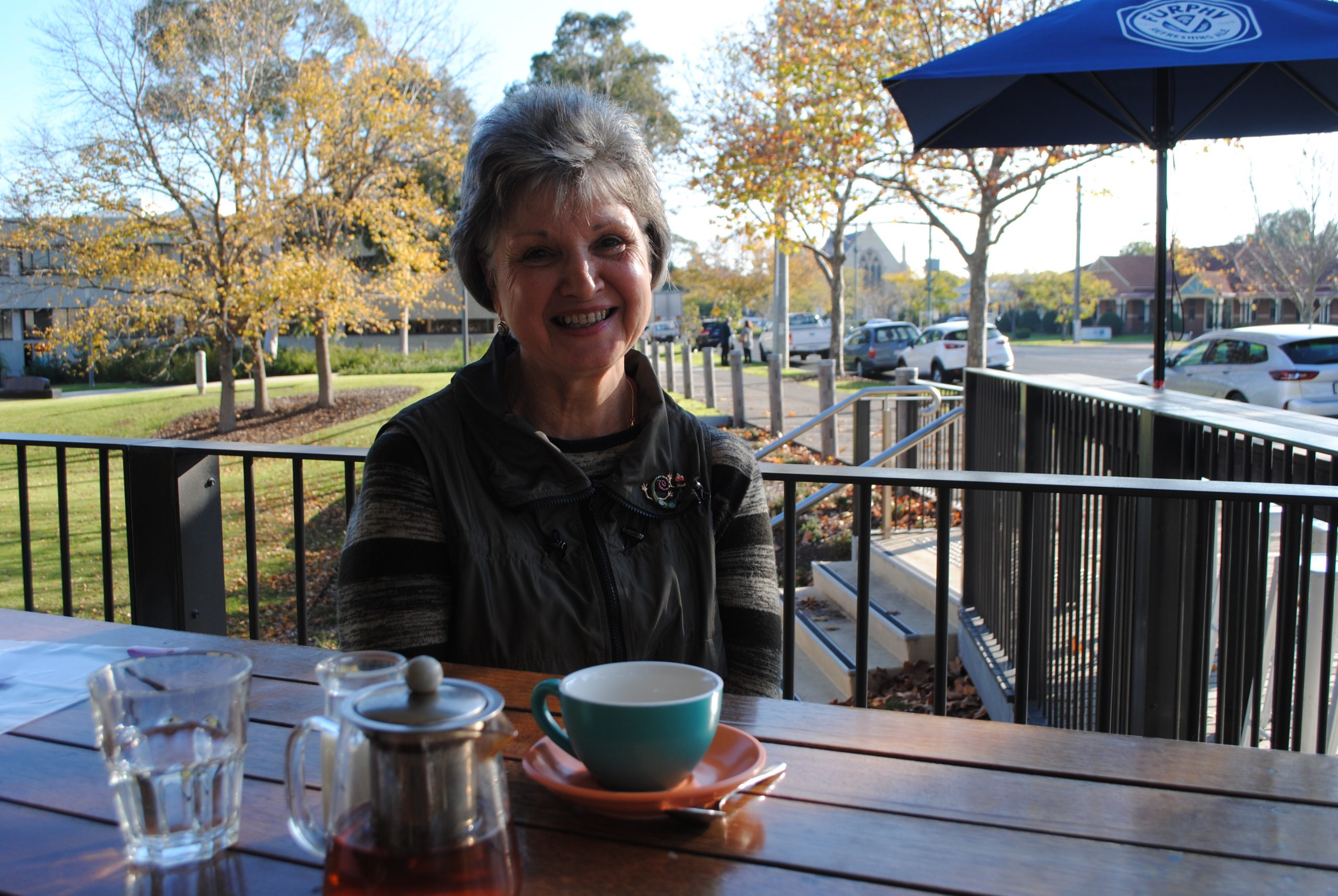 BELOVED Boisdale identity Helen Montague has been recognised for her immense contribution to the community with an Order of Australia Medal.

The former registered division one nurse said she was caught very much by surprise by the nomination, but in her typical modest fashion, was quick to point out the award was more of a team effort.

“It’s a lovely tribute for the things that have happened,” she said.

“It’s not just about me, it’s about the whole community and the things that we’ve achieved over the many years, but I do feel very humbled.”

In a month, Helen will attend Government House and receive her Order of Australia Medal, joining the list of 993 outstanding and inspirational Australians who will receive Queen’s Birthday awards at their respective Government Houses around the country.

“My parents were volunteers – they were part of the hall for many, many years so I was brought up with that,” she said.

“My first husband and I bought our first property out at Valencia Creek – we’ve always been considered part of that community.

“It’s a lovely spot, we’re sort of at the base of the foothills of the mountains, so we look down on the valley.

“Boisdale has a wonderful connected feeling, and it sort of mentors and looks after its residents, and former residents always want to come back and see what’s going on.”

Helen’s former husband Philip passed away from cancer in 1987 at the age of 38, leaving behind Helen and their two children.

“I nursed him for that 13 months we had him there, and I think, from that aspect, I thought well I can do anything now,” she said.

“You get down to the lowest ebb, and life’s very precious.

“I have my faith, so that sort of helps me through.

Helen decided it was time to give back, and set about helping those around her through her nursing and community involvement.

She worked in general nursing for 10 years, as a practice nurse for a further decade, and then as a district nurse and in palliative care for the last 10 years, before a back injury forced her to give up nursing.

She then worked in community engagement for Wellington Shire Council, and in emergency management, completing an Advanced Diploma of Public Safety – Emergency.

In fact, it was while serving for Maffra SES that she met her current husband, David – a teacher at Maffra High School – at the toilets at the Mountain Cattlemen’s Association’s annual get-together at Waterford near Dargo.

While David is still an operational SES member, Helen has retired to a more auxiliary role, helping with fundraising.

The pair expanded on their little family, adding another two children, and put them all through Boisdale Consolidated Primary School and Maffra Secondary College.

Helen couldn’t be prouder of her brood.

“They’ve all gone on and done uni and got degrees… they’ve done a great job,” she beamed.

Sarah is now a remote area nurse at Dargo, Stephanie works for the CFA in Sale, Nick the engineer is currently working on a large dam system in New South Wales, while Sam is teaching in Perth, after studying marine biology.

Helen credits the support she receives from David and her four children as her driving force.

“I couldn’t do the things I do without the support of the people behind me,” she said.

Helen’s lengthy list of service to the community would be no surprise to those who know her.

Her accomplishments include writing “just a couple of books”.

“I’d love to do some more writing, and I’ve got a few things in mind for a children’s history book,” she said.

As Boisdale Consolidated Primary School’s historian for about 15 years, she penned Fields of learning: a history of the consolidation of seven rural schools.

“We sold 500 copies on the first day, and then had to reorder,” she laughed.

“We’ve still got copies available at the school.”

She’s also written a book on the history of Boisdale Hall, and is currently putting together one on Stretton Park.

Helen is well placed to do such things, as a committee member of Boisdale Public Hall, Boisdale and District History Group and as Stretton Park Aged Care board chair – of course, it doesn’t hurt that she also has a knack for navigating history.

“I’ve always had a great appreciation for history, and loved it at school as a subject,” she said.

“Flo Pearce, our local historian at Boisdale, was a bit of a mentor of mine, through her many books and publications.

“It’s great retaining what history we’ve got and being able to pass it onto the next generations.”

Helen’s passion for connecting the community to the past might go some way to understanding why she has spent a decade driving the restoration of the historic Boisdale Stables.

“It’s taken us 10 years to redevelop that, with lots of grants and lots and lots of volunteer hours, so that’s been a huge process,” she said.

“It’s a wedding venue and community space, as well as retaining some of the history… it’s an ongoing project.”

While Helen spends a lot of late nights doing work for the community, she described the process as immensely satisfying.

“I’m getting well-practised at grant writing, and following up,” she laughed.

“A lot of the things only occur monthly, or three-monthly, so we just work around that – it can be a lot of juggling.

“It’s achieving goals as you go along, and working with other people.

Helen’s strength on her various boards and committees lies in her unfailing ability to encourage others to get involved.

“I know for a lot of young families it’s hard to be involved, but there’s different ways you can be involved in anything.

“At Boisdale at the moment, we’re rapt because we have a whole group of young mums, 30-year-olds, that are wanting to be involved.

“Just being able to get these younger people involved is brilliant.

“It’s fun, it’s great fun – we’ve done some wonderful achievements, and it needs to be fun so people want to be a part of it.

“You’ve got to make it rewarding so other people can feel like they’re getting something out of it as well.

“I think we’re all given gifts and talents in this world, and we need to be able to use them and encourage others to find their niche as well.

“Look at what you’re passionate about, look at where you’d like to be, encourage your friends to come along and just be part of it.”

It’s clear Boisdale nurtures Helen’s passions – while the town is full of history and picturesque scenery, it’s the tight-knit community and its shining sense of pride she is avidly devoted to.

Without it, she truly believes she would not have her OAM.