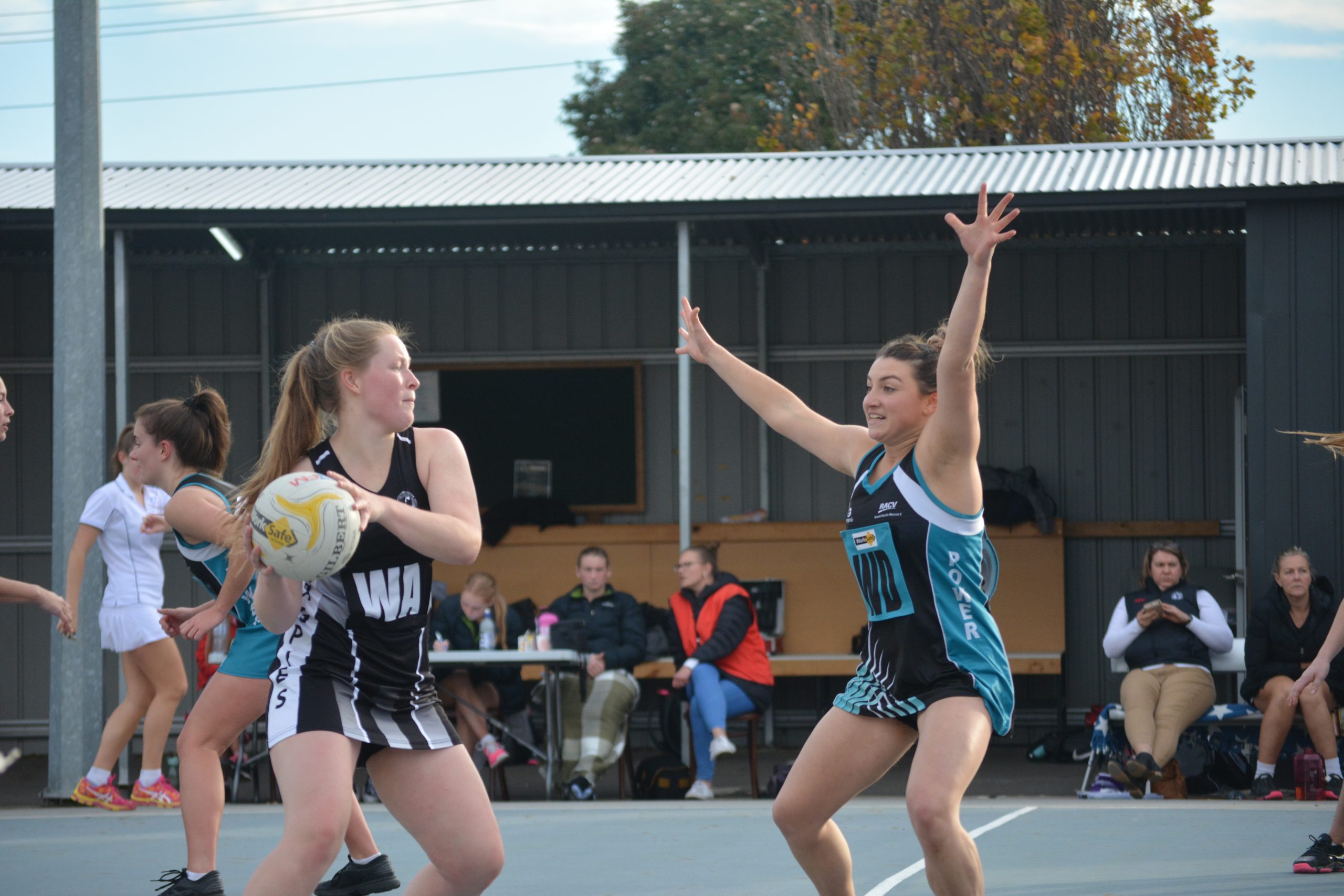 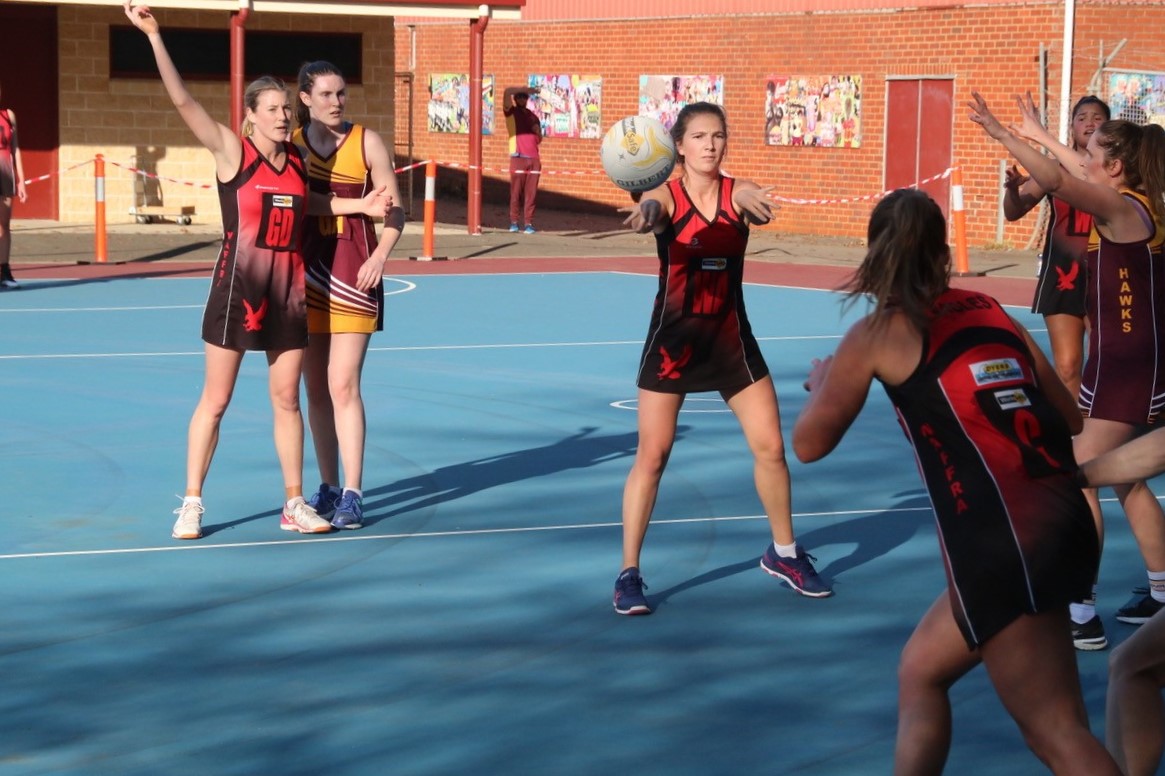 SALE pulled off a well-earned walloping over Wonthaggi in round eight of Gippsland League netball at the weekend, locking in a 22-goal winning margin to deny the Power its first win of the season.

The 60-38 home court win has lifted the young team into seventh place on the ladder.

The Magpies led at every change, with defenders Kristy Glover and Ruby Phillips, named in Sale’s best, letting their presence be known on the court, intercepting any stray passes.

Sale will have a tough match this weekend against Morwell, who sit atop the ladder in A grade.

MAFFRA has stamped its worth in the top five, after handing Drouin its sixth loss for the season on its own home court.

Sporting after a 10-goal loss to third-placed Moe in round seven, Maffra came out of the gates firing, and managed to lead at every change to bring home the bacon, 49-38.

Effective defensive pressure was instrumental in Maffra’s win, as tight coverage down the court allowed goal defence Montana Holmes to go hunting for intercepts – particularly effective in the last quarter of the game.

In the battle of the round this weekend, a hungry Maffra side will be coming for Traralgon’s fourth spot at home, hoping to close in on the Maroons as the second half of the season looms.

IN other matches, an undefeated Morwell side polished off Traralgon in a high scoring affair, 57-46, Moe overcame one of the most underrated sides in the competition, Leongatha, 56-49, while Warragul wasn’t troubled by Bairnsdale in its 59-29 victory.