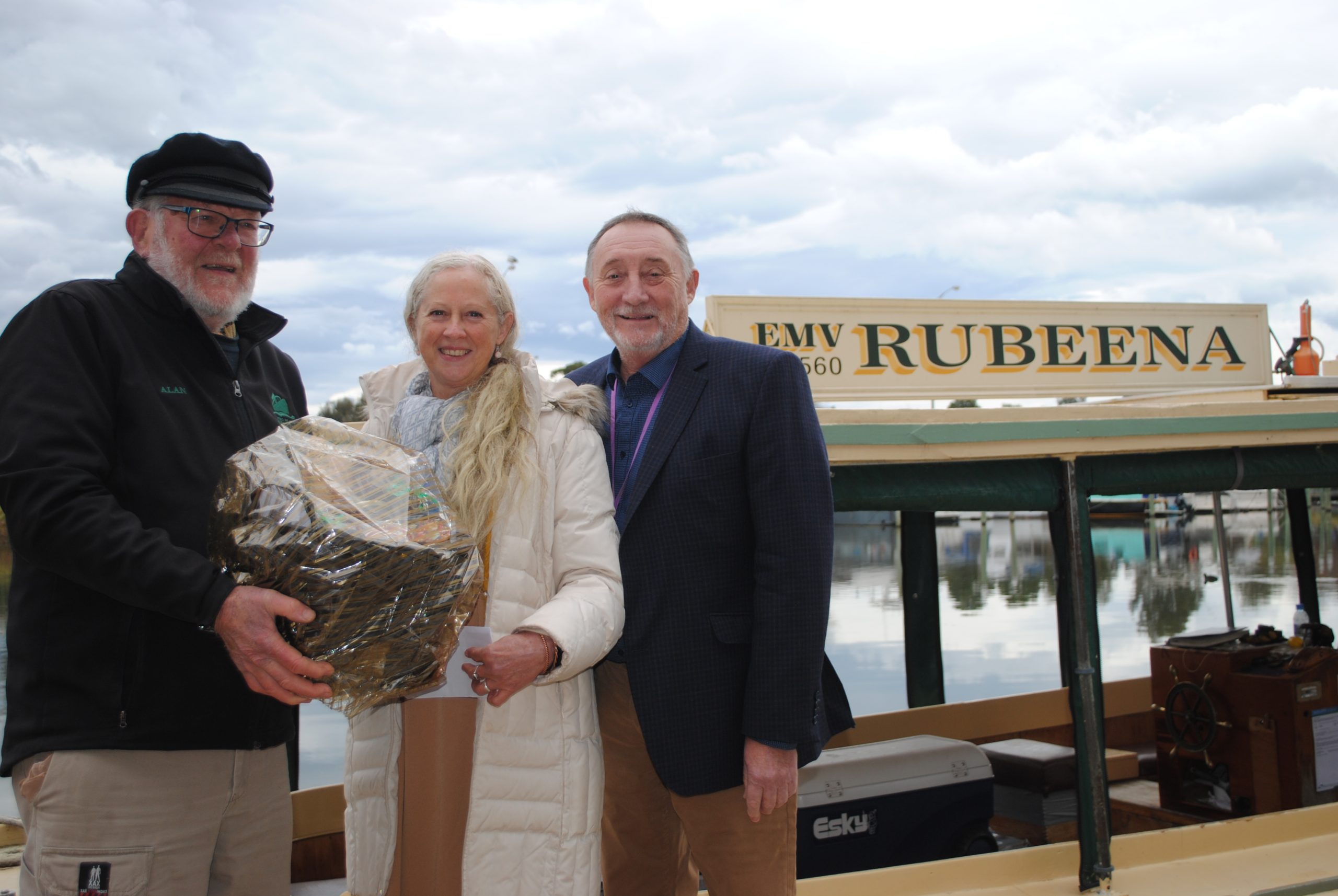 Ms Gibson, who was visiting family in Sale for the day, enjoyed the surprise attention and the cruise, which she described as “wonderful”.

“The water was beautiful, the scenery was lovely, and the commentary on the history of the area really interesting,” she added.

Mr Lewis, who was the city engineer for the City of Sale 1968 to 1985, has been at the helm of the 36-foot Pittwater-style ferry for the past six years, and has hosted small and large groups of passengers at least twice daily, seven days a week, since then.

“The only day I don’t do is Christmas day, but on all the others I’m here,” he said.

“Numbers vary, but on Sunday, all up I took 27 passengers.”

The Rubeena, built in 1911 in the Sydney suburb of Balmain, was transported to Lakes Entrance via coaster in 1912.

These days she travels about five kilometres south of Sale, taking in the meeting of the Thompson, Latrobe and Macalister rivers, as well as the Swing Bridge, the oldest intact operational bridge of its kind in Australia.

The open launch boat was originally powered by steam, then diesel, but now has an electric motor with a top speed of 10 knots, about 15 to 20 kilometres an hour – perfect for taking in the sights and sounds of the Port of Sale and surrounds.

It was originally registered to carry 42 passengers back in the early part of last century, but Mr Lewis said that equates to “about 30” today.