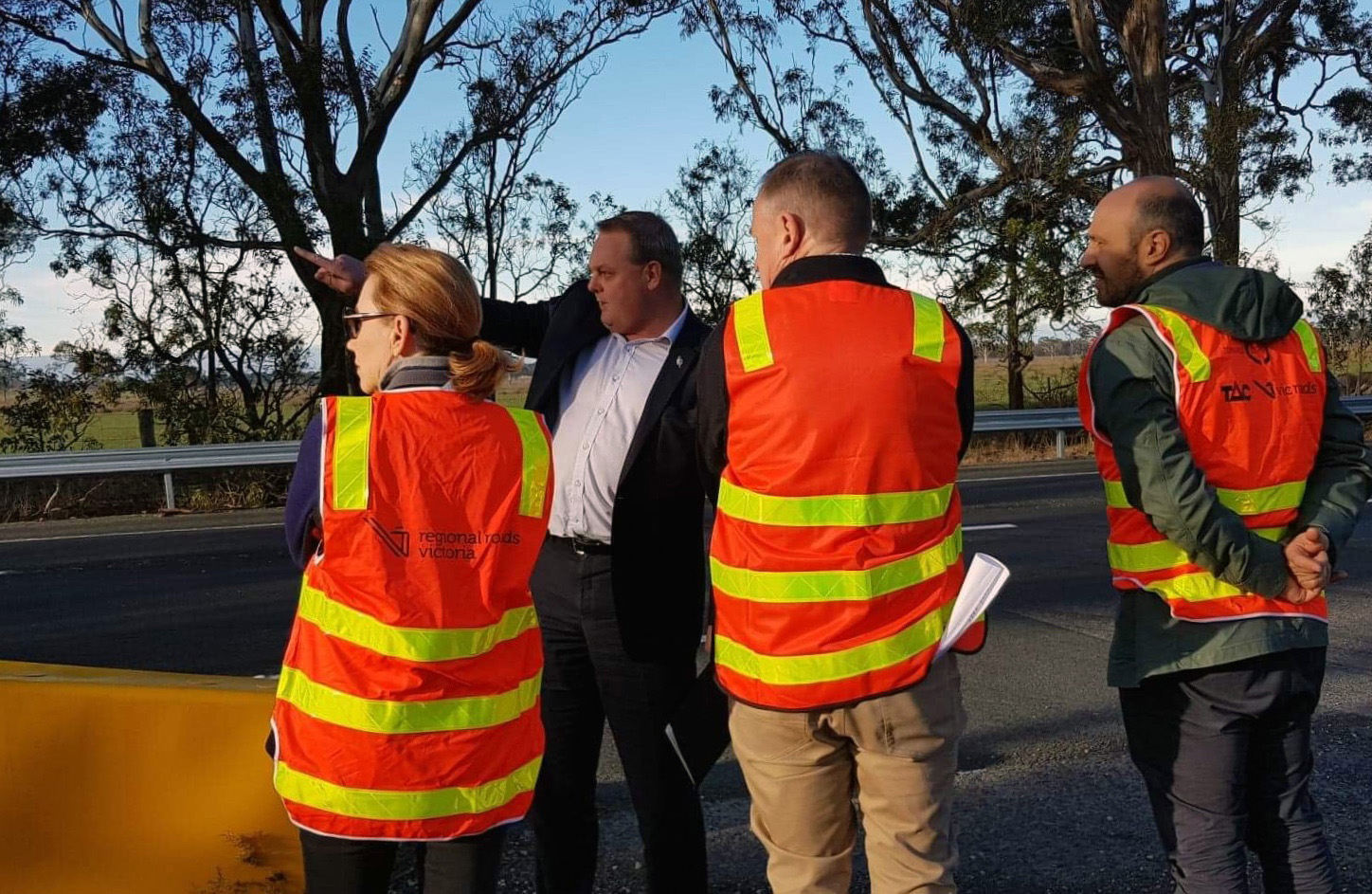 REGIONAL Roads Victoria has bowed to community pressure and agreed to make changes to the controversial road safety barrier project between Stratford and Bairnsdale.

The changes mean there will be no side barriers installed on about 25 kilometres of road eastbound – where they were planned to go – allowing cars and trucks to get off the road when they pull over.

In addition, more truck and car pull-over areas will be installed where there are side road barriers, visibility will be improved at driveways and intersections by removing barriers already installed adjacent to these areas, and the old ripple strips that cause vibrations will be fixed.

However, scrapping the unpopular centre road barriers is not being considered.

Stratford and Bairnsdale after considering the community’s feedback and undertaking a thorough risk assessment.

“Our updated plans strike a balance between safety and community feedback on this section of the Princes Highway, which is one of the highestrisk roads in the state,” he said.

“The reality is that around two-thirds of Victorians killed this year were on regional roads.

“Most of them were within 30km of their home, on a road they’ve probably travelled plenty of times.

“We’re rolling out lifesaving infrastructure like flexible barriers on our high-risk roads to prevent such tragic loss of life – and we are incorporating the community’s feedback wherever we can.”

Gippsland East MLA Tim Bull had pushed for a review of the contentious roadworks after receiving “hundreds” of complaints from road users since works began earlier this year.

Two weeks ago he met with Roads Minister Jaala Pulford, and on Friday drove the Princes Highway with the chief regional roads officer, the regional director and the local project manager to point out some of those concerns.

“I am very pleased to say a few changes have been agreed to, based on the community’s feedback and strong advocacy,” said Mr Bull.

“Due to the enormous amount of feedback to both my office and RRV, we have been able to get some significant changes, so I sincerely thank all who made the effort.

“While locals will realise these changes are common sense, it was good to be able to drive the road, stop at locations where required and explain the concerns.

“The fact we will now not have these side barriers on more than half the eastbound trip where they were planned to go is significant, and the road and driveway intersections will be made safer in relation to the visibility of traffic, with barriers being taken out to make the gaps bigger.

“Importantly, we will also have more pull over areas for trucks, buses and cars that previously could simply not get off the road.

“I now look forward to these changes being implemented to the original designs that were presented to the public.”

Mr Bull said he also raised concerns about the quality of the road shoulder surface, which would now be forced take heavy traffic loads.

“I was advised that ‘geotechnical investigations before construction found the road shoulder pavement was suitable for traffic’,” he said.

“This is different from the advice I have received from ex-road workers and roads experts, so I guess time will tell on that one, but they have been told.”

The works currently underway between Stratford and Bairnsdale include installation of flexible safety barriers along the left-hand side of the highway, centre line flexible safety barriers from Sandhill Rd (north of Stratford) to Lindenow-Meerlieu Rd, and road widened using the existing road shoulders to create a distance of 7.2 metres between the centreline and left-hand side barriers once installed.

The project is part of the $1.4 billion Towards Zero Action Plan, funded through the Transport Accident Commission and delivered by Regional Roads Victoria.

In the five-year period leading up to 2015, there were 54 serious crashes along the stretch of road, with five fatalities and 17 people seriously injured.

Mr Northey said RRV would still install flexible safety barriers on the Stratford-Bairnsdale section of the Princes Highway as part of safety upgrades because ” they are proven to reduce fatal crashes by up to 85 per cent”.

“However, taking into consideration the community’s feedback and the results of a thorough risk assessment – including the past crash history of the road – we are installing the left-hand-side barrier in high-risk areas only,” he said.

“This will involve installing barriers where there are roadside hazards, such as clusters of trees, to prevent run-off-road crashes.

“Continuous centreline barriers are still being installed from Stratford to Providence Ponds as planned, to prevent head-on crashes.

“We’re also looking at installing more pull-over areas, and we’ll be increasing the gap at driveways to provide easier access to properties and improve visibility.

“These changes strike a balance between the community’s feedback and improving safety.”