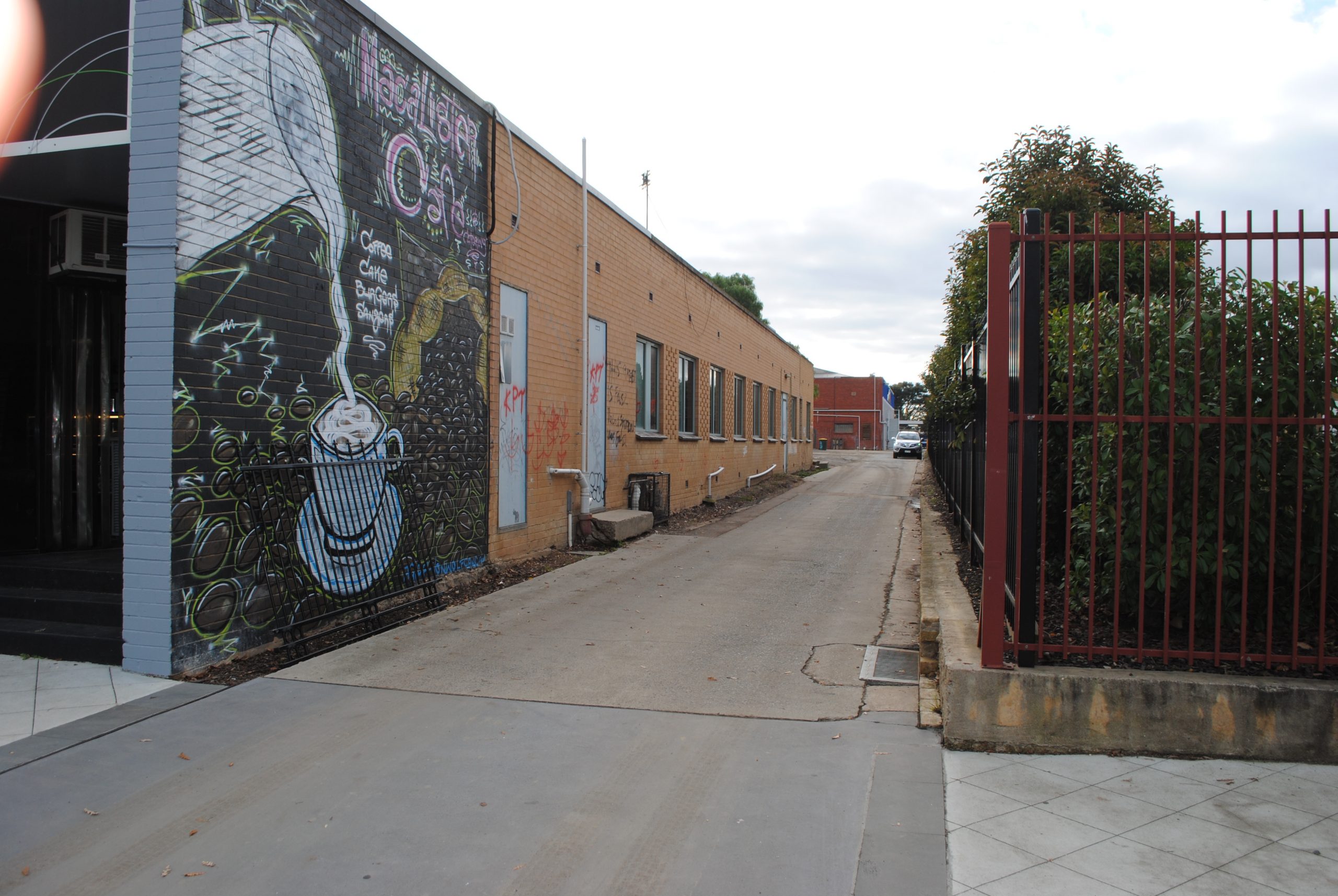 ALMOST six decades after it was first mooted, Wellington Shire Council has moved to formally recognise a Sale laneway.

Council has decided to advertise its intention to formalise a laneway off Macalister St, which runs beside Sale College’s Macalister Campus.

The laneway has historically been referred to as the Technical School Right of Way or Foards Lane, acknowledging the former business which operated in the building now housing Spotlight.

Council will undertake a road exchange with the state Education Department, and discontinue a passageway off Raymond St, between Redd Catt and Masia’s Coffee Lounge.

The laneway beside the Sale College campus currently traverses land owned by the state Education Department.

Since the department laid a heavy duty gravel roadway at its expense in the early 1960s, arrangements to formalise the status of the laneway have been undertaken at various times.

In 1970, the City of Sale sought legal advice on the Technical School Right of Way with regards to the provisions governing rights of way and responsibilities.

In 1972 a plan for the construction of the lane and cost estimate was prepared.

The private street scheme was updated in 1975, before surveyors were engaged to prepare plans for transfer of the land the following year.

The project was stalled by the land’s freehold status and the ability to prepare a private street scheme.

In 1999, surveyors told Wellington Shire Council a laneway reserve had not been created.

Despite the public being able to use the lane under Common Law, the Education Department is legally able to build over the land or sell it.

There have been discussions with the Education Department during the past 10 years regarding the land, which has been placed on the state government’s surplus land register.

As part of a land exchange, which is technically a road and passageway on the college campus, the lane will be “deviated”.

The area is currently a synthetic sports field, with the “passageway” lining up with the pathway through to the Raymond St.

“Back in the 1970s, the old City of Sale decided to put in place what we are trying to do now,” he said.

“They had numerous attempts to make this actually happen, but for whatever reason, they failed each time.

“But we are going to make it happen.

The move would create a formal road for which council already has responsibility.

Council’s place names committee is expected to recommend a name for the laneway.

A committee of three councillors will consider any objections received before the issue progresses.