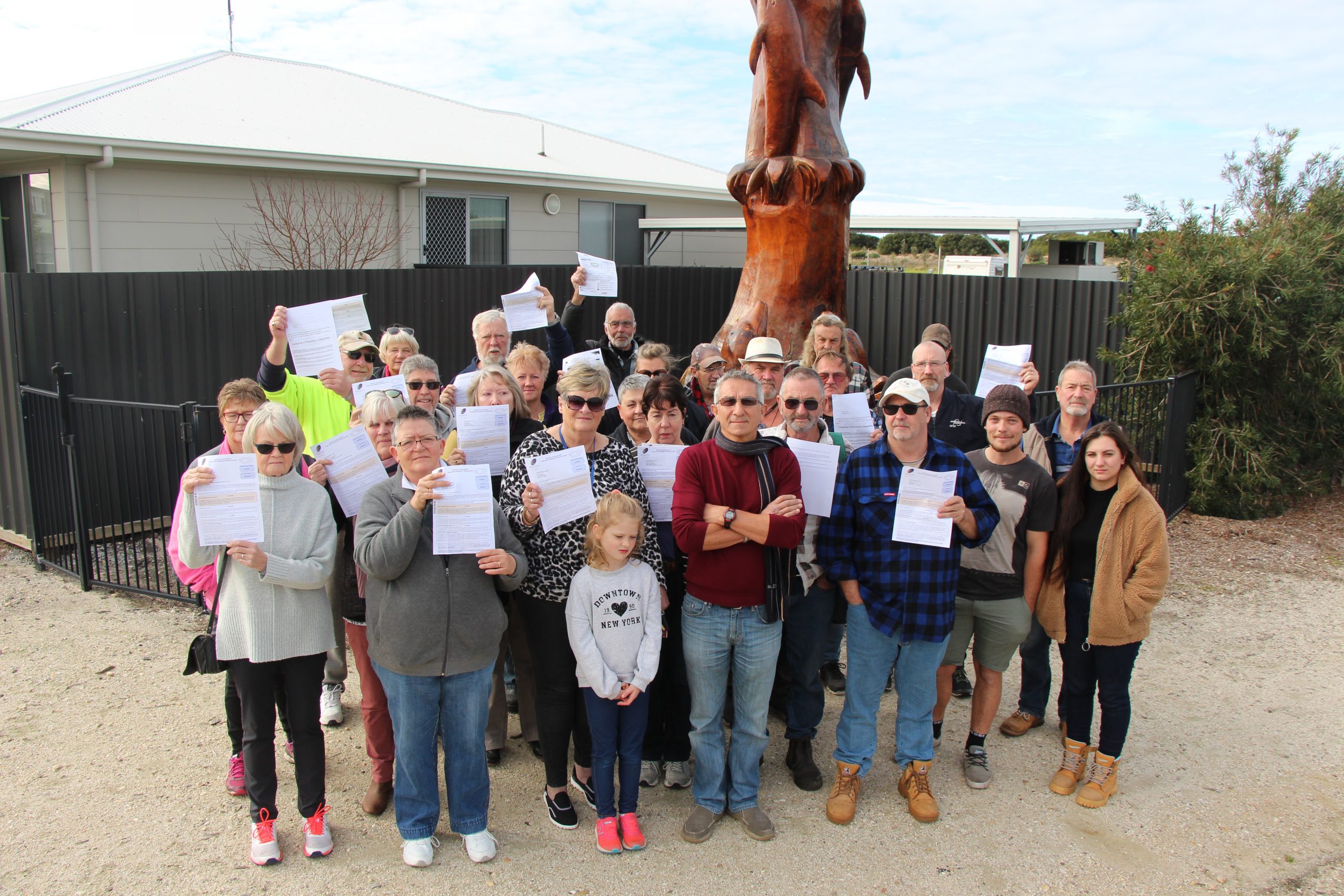 LIKE a scene out of The Castle, residents around the Seaspray area have told land valuers they’re dreaming after seeing property valuations skyrocket on their rates notices.

The rises have outraged Wellington Shire residents, who question why the valuations are so high.

In some instances, valuations have risen by as much as $89,000 since last year, with properties in The Honeysuckles among the hardest hit.

Despite there being no sealed roads or renovations made to houses for many living in The Honeysuckles, valuations have gone up.

One of The Honeysuckles residents, Brad Anderson, said his valuation had risen dramatically, with no justification.

“In the past two years I have received an increase [in valuation] of $62,000 with absolutely no improvement to the property,” he said.

Under laws passed in 2017, centralised valuations are with the Victorian state government’s valuer-general, which is the sole valuation authority for all land in the state for rating and taxing purposes.

The valuer-general contracts valuers to undertake valuations which appear on rates notices that local councils send to ratepayers.

This means councils’ hands are tied, as they do not make the valuations or have the power to reduce them.

The Seaspray Ratepayer Association has been actively campaigning to have valuations lowered, and said it would be doing all it could to help affected ratepayers.

Because of the number of concerned locals, the association was forced to hold its first ever meeting on a weekend recently, which was attended by more than 40 people.

Association president Kaylene Wheeler said residents were “gobsmacked” after receiving notices in their letterboxes, and vowed action would be taken.

“The valuations were totally unrealistic, especially for The Honeysuckles,” she said.

“They’ve got no infrastructure down there, and for them to go up that far is extraordinary.

“If we can get the valuer to come and re-look that would be great, because it definitely needs reassessing.”

Fellow association committee member Maggie Evison described the increases as a “rates grab”, and said there was no justification for the huge rises.

“We will be well over $2000 in rates for a two bedroom, one bathroom, two storey house on a consolidated block of four in The Honeysuckles.”

Jeanette Gamble of Stradbroke has also been left bewildered, and failed to see how the rates being charged for her property were at all comparable to ones in Melbourne.

“What surprises me is how can it go up that much when we are in severe drought and the dams are dry and the paddocks are bare?

“Nationwide real estate values have been dropping by around 10 per cent, so how can Wellington Shire values buck that trend?” Ms Gamble questioned.

“The interesting thing I’ve found about our rates for last year, in Wellington Shire, our small 100 acre farm valued at less than $400,000 with no services like rubbish, sewerage or bitumen road costs us

the same as a property in Melbourne valued at 1.9 million with all services connected.

“Go figure on that one!

“The council rang us to try to justify the valuation increase.

“When we queried how nationwide real estate values have dropped at least 10 per cent, the word was Wellington Shire was not displaying that trend.

“They [council] kept comparing our house and land, on 104 acres, to land in the area that has sold recently in Giffard – but as they are all under 50 acres, no house can be built on the land.

“Also, these properties are on bitumen roads, with a rubbish collection.

“We are on a gravel road with no rubbish collection, so I wonder how a property with a house can be compared to that of a smaller turnout paddock that usually sells for more.”

With all ratepayers able to lodge objections, Ms Wheeler predicted there would be a record number of submissions in the next few weeks.

“A community workshop has been held to help people fill out the objection forms as they are quite tedious,” she said.

“I went to council to fill one in the other day and the girl behind the counter said ‘oh, we’ve been handing out a lot of these’.

“Hopefully The Honeysuckles in particular can get some joy out of this … Seaspray is a very close community and we support them.”

Wellington Shire Council general manager of corporate service Arthur Skipitaris said he sympathised with distressed ratepayers, and explained that the best way for people to voice their concern was to put in official objections.

“If a ratepayer is concerned about their valuation, council encourages them to lodge an objection with the valuation authority – the valuer general,” he said.

Unsatisfied ratepayers who feel they have been harshly treated will need to have their objections in before the August 2 deadline.

It has been strongly suggested that those lodging an objection find comparable properties which sold in their area in January 2019, and obtaining a sworn real estate appraisal may also help considerably.

If the objection is rejected, residents’ only option is to then take the matter to VCAT.

Successful appeals have proven to be hit and miss, with 180 submissions recorded last year resulting in 70 amendments.

The saga has generated a groundswell of local unity on the Celebrate Seaspray Facebook page, with more than 3000 people viewing various posts those aiming for a successful appeal have been buoyed by the support.