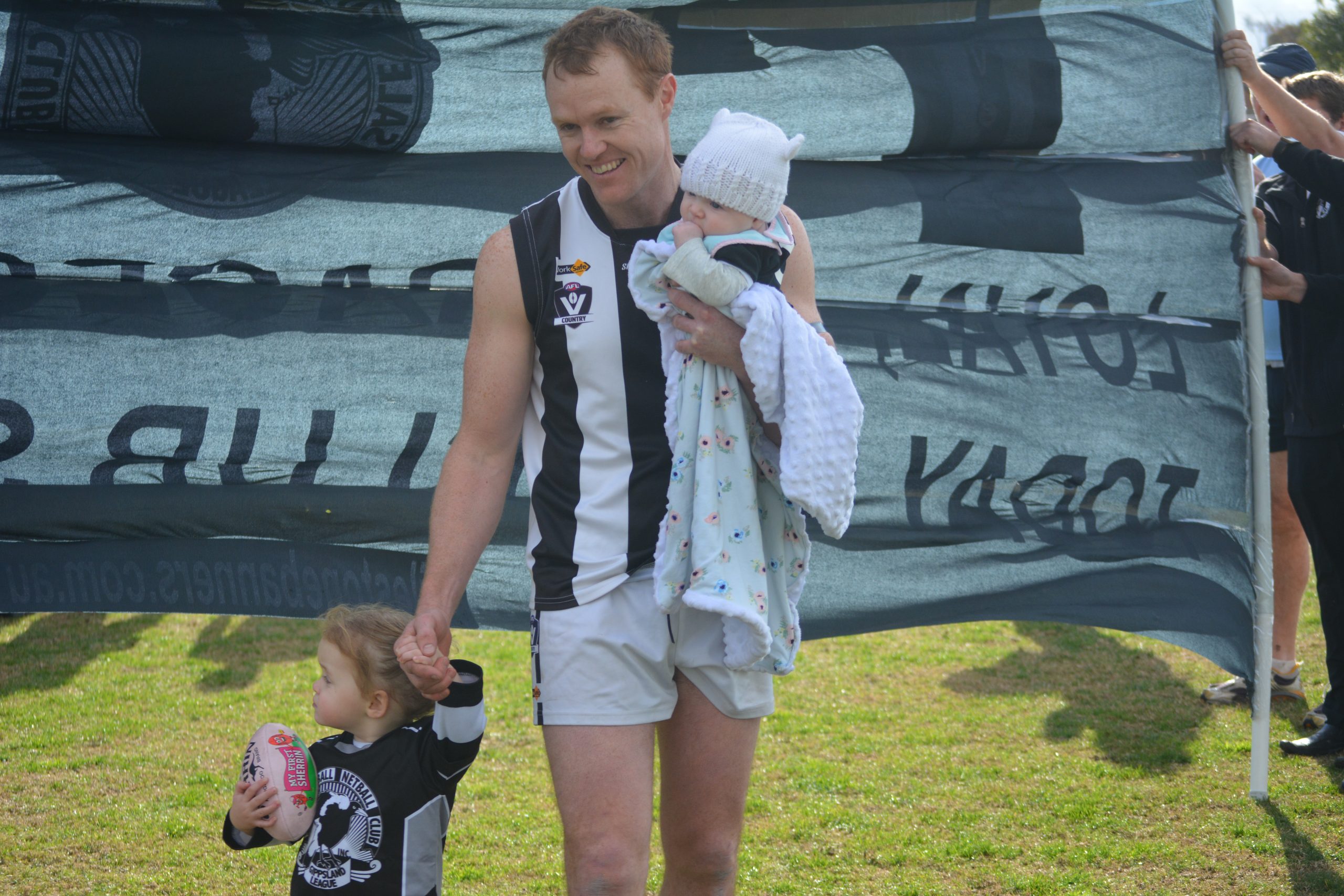 SALE marked Chris Laverty’s 300th senior game for the club by shaking off a persistent Morwell to win by 24 points on Saturday.

The Gippsland League football leader trailed the host by two points at half-time, before kicking eight goals to three in the second half to win 13.5 (83) to 8.11 (59).

The Tigers stormed out of the gates, kicking three goals to one in the first quarter to lead by 14 points at quarter-time.

The Magpies responded by booting four goals to two in the second term, reducing the deficit to two points.

The momentum continued to swing in Sale’s direction during the third quarter, as the Magpies kicked five goals to one to take a 20-point advantage into the final change of ends.

The Magpies sealed victory with a three-goal to two final term.

Jarrod Freeman and Brad Dessent provided a valuable one-two punch for the Magpies in the forward line, each finishing the match with three goals.

Best-on-ground Tom Hams set-up a lot of the play in the midfield, and also kicked two goals.

Will Leslie and Jordan Dessent also stood-out in the midfield, with Jack Lipman gaining the ascendancy in the ruck.

Dan Musil was a strong defence at centre half-back for the Tigers, Patrick Charles provided good run on the wing, while Cody McDonald booted three goals.

Next weekend, Sale will have the bye for the first of three rounds with only four matches played.

DROUIN maintained its hold on fourth spot on the ladder with a 25-point win at Wonthaggi.

The visitors kicked three unanswered goals in the first quarter, before the Power charged back to within two points at half-time after a four-goal to two second term.

Five unanswered goals in the third quarter gave Drouin back control of the contest.

AFTER two consecutive losses, Leongatha returned to the winners’ list by defeating Bairnsdale by 62 points at home.

The Parrots won 20.8 (128) to 10.6 (66), brining up their ninth straight win against the Redlegs. The result also gave the fifth-placed Parrots a one-game buffer to the Redlegs in sixth.

MOE returned from Warragul with a 71-point victory.

Despite having three less scoring shots, the Lions led by two points at quarter-time, then kicked eight goals to four in the second term to lead by 28 points at the main break.

Moe increased its lead to 37 by three-quarter-time, then kicked away in the final term, booting seven goals to two.