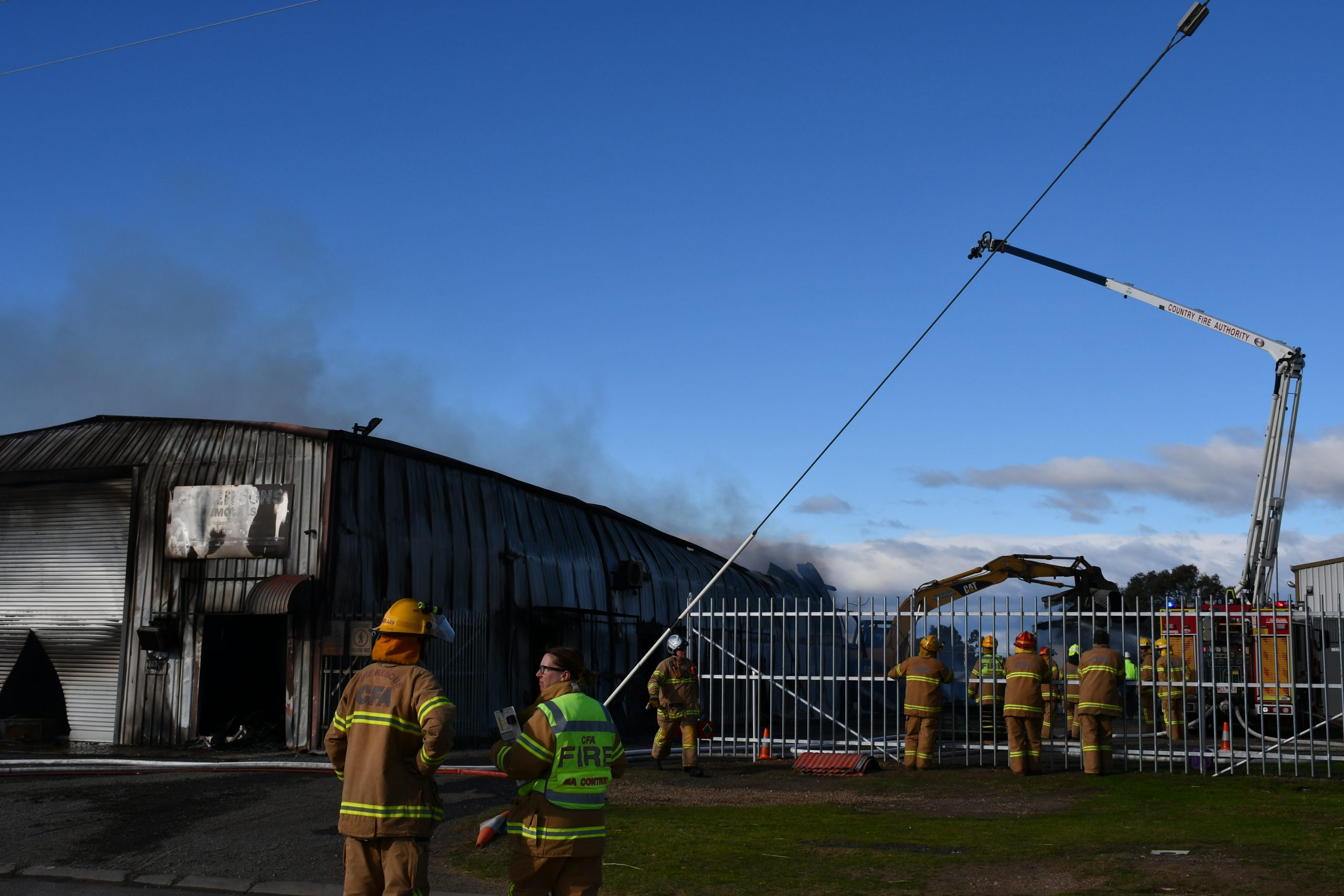 A MAN who set fire to storage warehouse at Maffra in August 2018, causing millions of dollars in damage, has been sentenced to a maximum of four years and nine months behind bars.

In court, Justice John Smallwood detailed the “catastrophic” consequences of blaze on the Maffra community, including how 49 families lost about $1.3 million in household items.

In sentencing, Justice Smallwood said Finn stole a number of items from the Malmo St warehouse on August 6 including fuel cards, a drill and charger, commercial rolls of toilet paper, a framed print and keys to trucks and storage containers before setting the warehouse alight.

“What you were going to do with those various sets of keys is anyone’s guess,” Justice Smallwood said.

He said Finn entered a reasonably early plea, despite denying he lit the blaze during an interview with police days after the fire.

Finn was placing the stolen items inside a friend’s car he had borrowed outside the warehouse when he dropped a hard drive on the ground which was later recovered by investigators, Justice Smallwood detailed.

“CCTV shows you driving away from the premises as an explosion comes from within a warehouse.”

Prosecutors estimated the fire caused half-a million dollars in damage to the business, while household items with an estimated value of about $1.3 million belonging to 49 families were destroyed.

The sentencing hearing detailed how Finn visited his friend’s house after the fire, where he asked her to burn documents he had stolen from the warehouse in her incinerator.

Police were led to Finn after a stolen fuel card was found on a Maffra intersection, along with a bank card in the name of the accused.

A victim impact statement read in court by Justice Smallwood from Anderson’s Removals, Maffra, revealed the company had an insurance shortfall which left many people affected by the blaze receiving only partial insurance payouts.

The company also detailed how the fire placed the business in an “incredibly distressing position”, along with casting uncertainty about the future of its 20 staff.

In sentencing, Justice Smallwood said Finn lived a troubled childhood, spending time in and out of institutional homes before he began committing crimes at the age of 12.

He also spent time behind bars, as recently as 2013, for burglary, theft and drug offences, and had been diagnosed with post-traumatic stress disorder and a severe case of anti-social personality disorder, the hearing revealed.

Justice Smallwood said Finn had managed to “keep himself out of trouble” in the five years leading up to the August 2018 incident after he relocated to New South Wales to live with his partner, with whom he has a four-year-old child.

However, his return to Maffra in August 2018, to care for his mother who had suffered a heart attack, contributed to his “relapse” where he fell into “old habits”, Justice Smallwood said.

He said Finn’s prospect of rehabilitation would be dependent on his abstinence from drug use, acknowledging he was under the influence of drugs at the time of offending.

Finn was sentenced to a minimum of three years in jail and as of Tuesday’s sentencing hearing had already served 318 days in custody.