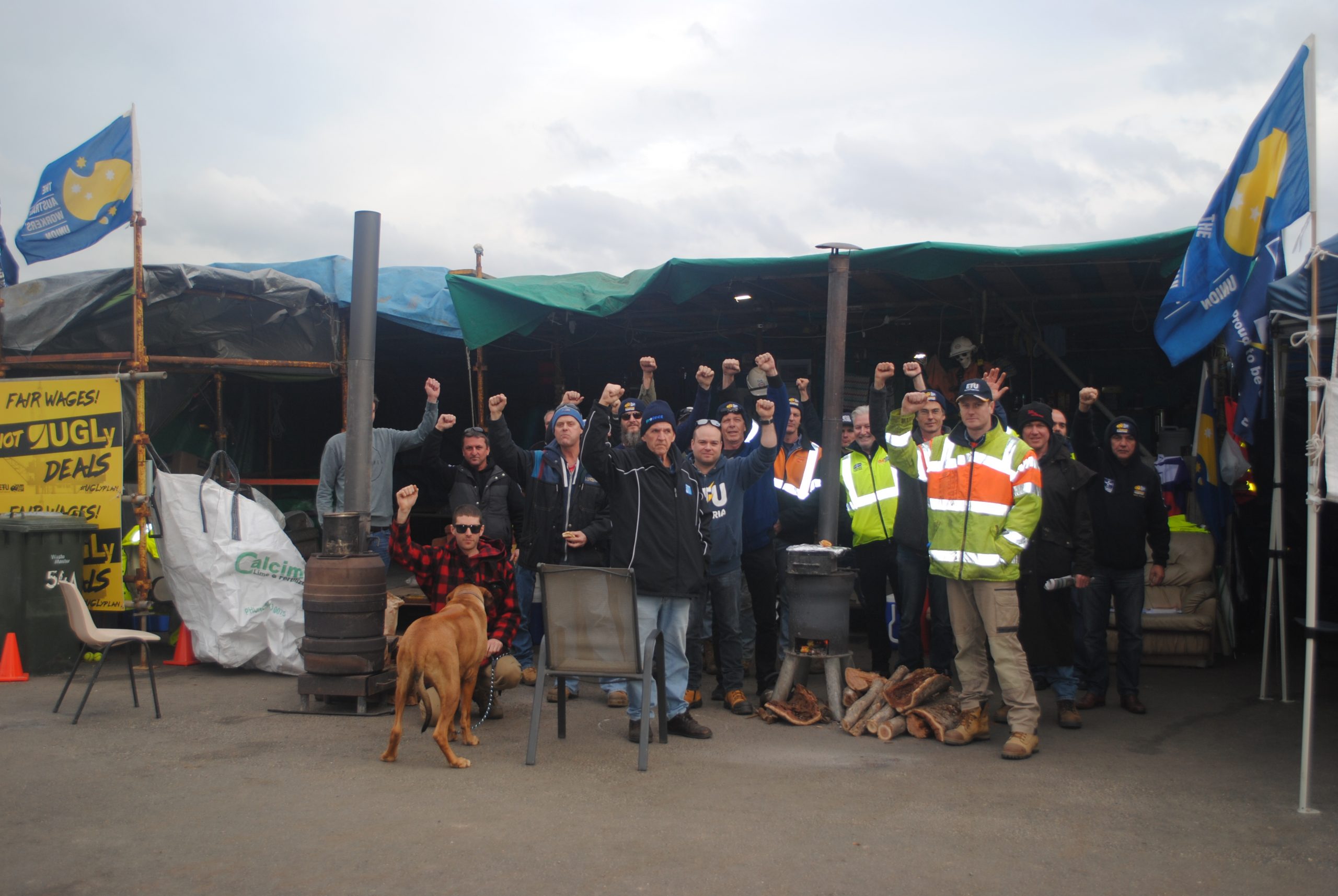 The dispute was sparked in 2017 when Esso’s contractor UGL sacked 230 maintenance workers after they refused 30 to 40 per cent pay cuts and a new roster.

At the centre of the dispute is the right for workers to negotiate their own terms and conditions.

UGL used a shelf company, MTCT, to hire a handful of workers from Western Australia who signed an enterprise agreement, which was then applied to the remainder of the 200-plus workforce in Victoria. Those who signed the agreement did not work in the local area.

The sacked workers, some of whom had worked in Esso facilities for more than 40 years, are members of the Electrical Trades Union, Australian Manufacturing Workers’ Union and the Australian Workers’ Union.

The dispute was one of the catalysts for a national Change the Rules Campaign, which is putting the spotlight on issues including the need for industrial law changes, wage theft, cuts in penalty rates, the gender pay gap, casualisation in workplaces, health, safety and environment issues, tax avoidance by corporations and the need for better TAFE funding.

Those on the protest line had hoped for the election of a Labor government when voters went to the ballot box in May, with former opposition leader Bill Shorten having committed to change workplace laws to outlaw what he said were “sham” agreements.

Many had expected the protest line to disband after Labor lost the election.

Esso has repeatedly distanced itself from the dispute, saying it was a matter for UGL.