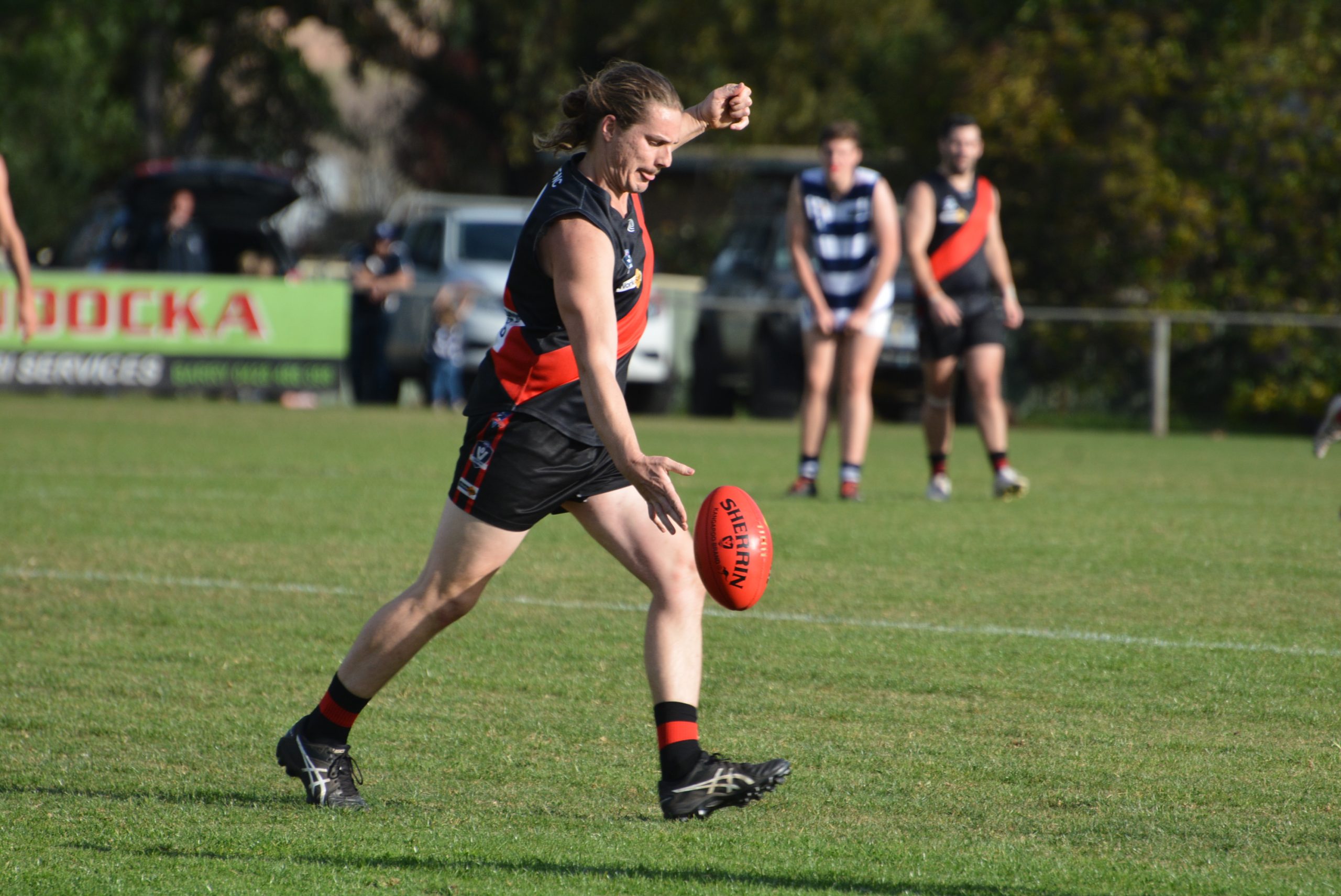 ANOTHER round of close matches demonstrated the evenness of competition in East Gippsland football, with three games decided by under two goals on Saturday.

Both sides will have taken something out of the game, in what was a virtual arm wrestle throughout.

At the main break the Bombers led by six points, before Stratford reversed the trend to lead by five points at three-quarter-time.

Not for the first time this season, Boisdale-Briagolong did enough in the final term to win by two goals, after scoring four majors to the Swans’ two.

With these two teams primed to feature heavily in finals action, the match hopefully offered a good precursor to what spectators may expect to see in 10 week’s time.

Stratford showed it will not be giving up its premiership defence without a fight, while warning bells may be ringing at the Bombers, who, despite still being unbeaten, have only won three of their past four matches by five, eight and 11 points respectively.

Nic Campbell was best afield for the Bombers, with his four goals having a big say in the result, while Callan Egan and Matt Goodwin also performed well.

Despite ending up with 15 more scoring shots than their opponents, the Tigers had to be content with a 24-point win.

An even first quarter saw both teams scrap desperately until the opening break, before a contrasting tale ensued in the second. Lucknow scored the only goal for the term, while Wy Yung’s efforts could only see it manage five behinds.

Both sides continued to scrap in the third quarter and by three-quarter-time, the Tigers had wrestled momentum back in their favour, taking a six-point lead heading into the fourth.

Wy Yung’s defence stood tall in the final term, keeping Lucknow score-less as the Tigers’ on-ball brigade continually fed its forwards to put the game beyond doubt, scoring two goals and a stack of behinds to take their record to five wins-five losses.

A slow start saw the Blues unable to kick a goal in the opening term, while the Seagulls got three of their own to gain some early ascendency.

The second quarter ended up being the decisive factor in the match, as Orbost-Snowy Rovers squandered many opportunities inside 50, only managing two goals and eight behinds for its efforts. That being said, scores were level at half-time and the Blues would have been eyeing off the possibility of a strong third quarter to see them toward a maiden 2019 victory.

Lakes Entrance though had other ideas, and scored four goals of its own to take a handy 18-point lead into the final quarter.

Despite a last gasp effort to snatch the four points, Orbost-Snowy Rovers could not finish the job as the Seagulls hung on to get just their third win for the season.

THE match of little consequence between Paynesville and Lindenow went the way of the latter, who did enough to win 9.15 (69) to 9.4 (58).

The Gulls, for their part, took it right up to a team many expect to make the grand final, and had chances to win the match early in the final quarter before Lindenow wrestled back momentum.

An even first half saw Lindenow take a 15-point lead at the main break, before Paynesville got the better of their visiting opponents and scored four goals to two in the third.

With an upset potentially on the cards, Lindenow got the job done in the end as both teams finished with nine goals for the match, although the Cats were somewhat wasteful, with 11 more scoring shots, meaning the margin could have easily been extended further.

Justin Gould, Luke Dyer and Angus Fortune were best afield for the winners, while Alex McLaren kicked four goals in a best-on-ground effort for Paynesville, along with Liam Rathman and Ashley Pescod, who performed admirably.