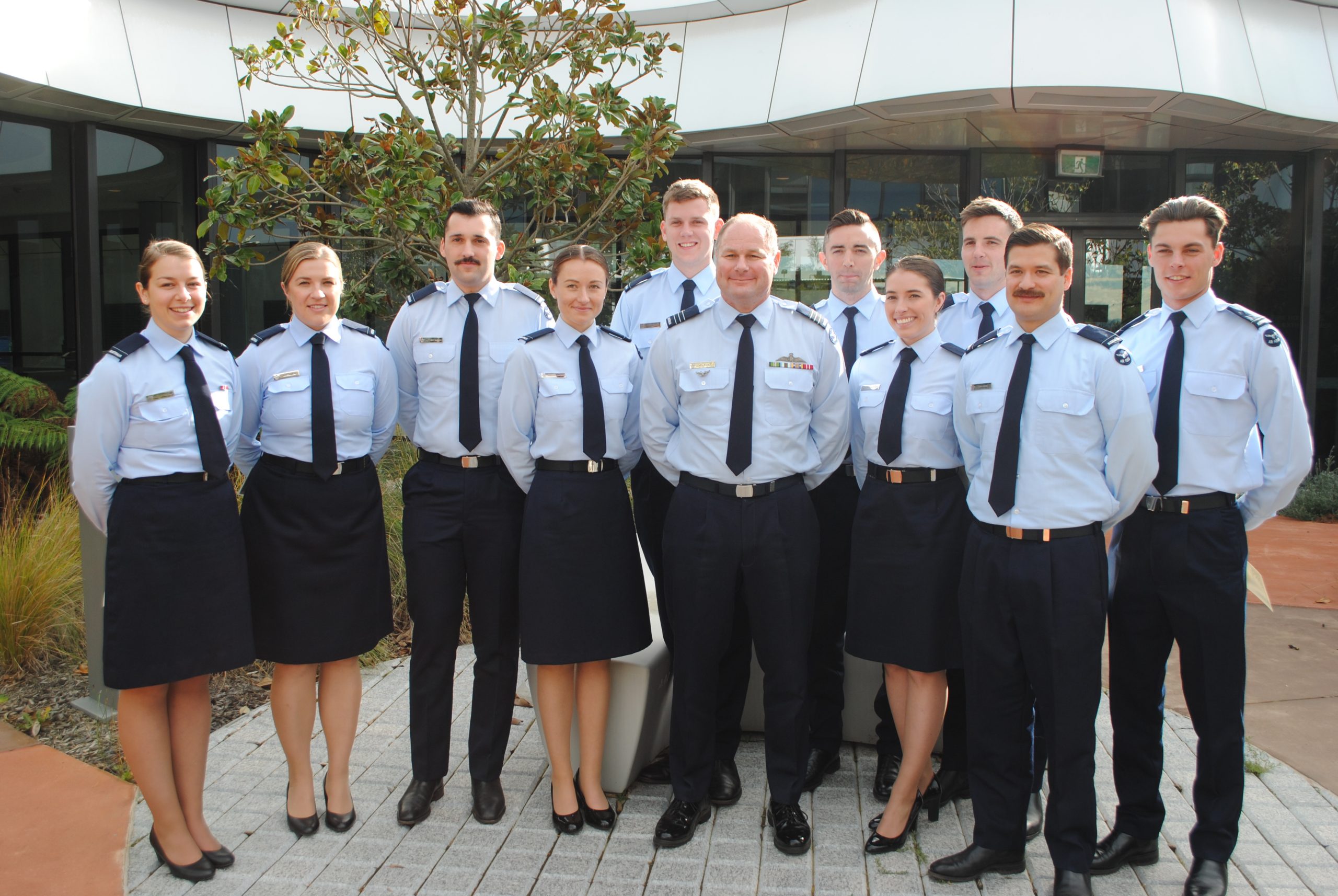 The program was the first of its kind to be held at East Sale, with the newly-recommissioned No.1 Flying Training School giving students the opportunity to become proficient flying the Pilatus PC-21.

Residents around the Sale area will have seen the PC-21 fly overhead from time to time.

The model is the most advanced pilot training aircraft in the world, and replaced the PC-9 in February.

Each student completed five months of intensive pilot training, which included about 250 hours of theory instruction, 30 hours inside an aircraft simulator and 40 hours of real time flying.

Having grown up on a dairy farm in Queensland, new Pilot Officer Amie Ballon said it was difficult to believe how much her life had changed.

“I grew up in the country and went to university to study dentistry, and I was just looking for a bit more of a challenge in my life,” she said.

“I had some friends who were Defence pilots and their job just sounded so exciting, so I decided I wanted to do the same.

“I got some flying lessons and thought ‘I could do this every day for the rest of my life’.”

Having undergone rigorous training to attain her flying certificate, Pilot Officer Ballon said the newly-established program at RAAF Base East Sale would only improve in years to come.

“Being the first course, obviously there is a lot to work on – you’ve got the instructors who are working closely with you and trying to develop the program.”

“They [the instructors] really value your opinion because you’re a student and you’re the product of what they’re giving.

“When we started we had to do a lot of ground stuff to get the theory behind us, and every day there was a lot of learning the theory.

“Then the course moves into quite a practical sense,” she said.

“Usually it’s up to one event a day, so you’re in a simulator or you’re actually flying, or if not you are in the classroom and you are pretty much chair flying all the manoeuvres in your head.

“My first flight was really exciting.

“We went up above the clouds and we couldn’t even see the ground and it was very surreal just being up in the sky and there’s no one around you.”

The course was structured around initial training, which included guided flying before instructors handed over the reigns to students.

Flight Lieutenant Omar Rigo said he ensured the pilots in training felt reassured while in the air.

“My primary role is to sit in the back seat and instruct students in basic manoeuvres like how to take off and land and also aerobatics and navigation exercises,” he said.

“First we basically go out into the area and do some turning, climbing, descending, and we teach them the basics of the control of an aircraft, and then as they get more confident we build up to a point where they land the aircraft.

“The first landing is a little bit scary, but apart from that it’s really fantastic.

“I’m immensely proud of the first cohort, to see them fly solo in a high performance aircraft is professionally and personally very satisfying.”

Special certificates were awarded to Pilot Officers who had demonstrated exceptional leadership and skill.

Pilot Officer Jack Shelcott was recognised for his dedication to studies and was awarded best in ground school as well as most proficient pilot, while Pilot Officer Charlotte Pinchemain was awarded a certificate for outstanding leadership.

Wing Commander Pouncy said the completion ceremony represented the culmination of a significant investment by the Australian government.

“The project is maturing and our student input is going to be growing significantly and rapidly towards our final operating capability, which is expected sometime around December 2021,” he said.

“By that time we aim to have the capacity to train up to a 165 student intake per year.”

The students will now transfer to Western Australia where they will go to the No. 2 Flying Training School and complete the final phase of their undergraduate flying training.

It is expected the cohort will face a number of challenges in the coming years as Defence Force pilots, as the rise of artificial intelligence continues to grow.

Minister for Defence Personnel and Gippsland MHR Darren Chester congratulated the students on their achievements.

“This is one of the most challenging courses in the Air Force, and I congratulate each student on their hard work over the past six months,” Mr Chester said.

The second initial pilot course at RAAF Base, East Sale, began in April and is scheduled to be completed later this year.

The Air Force is currently transitioning to the PC-21 trainer as part of the most significant technological upgrade in the Air Force’s 98-year history.