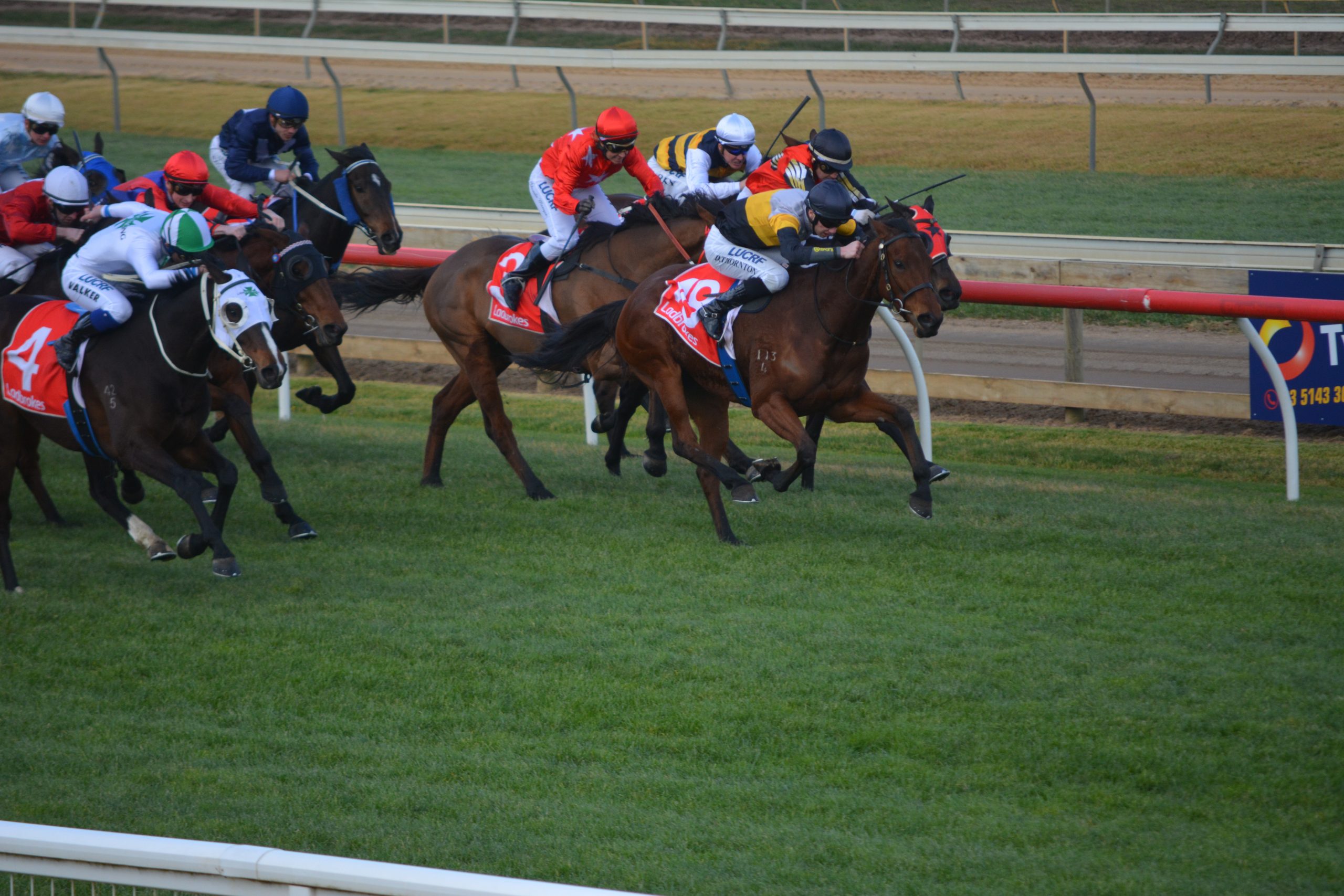 THE Greenwattle track, rated “good four”, was ideal for racing on Thursday, held in wintry conditions.

Quality fields with good numbers in each event, continued the run of outstanding meetings at Sale.

The class one handicap, race six on the car, was won by Café Tortoni, trained at Plympton by Patrick Payne and ridden by Michael Dee.

The three-year-old gelding has two wins, both at Sale, and two placings from only four starts. Payne looks to have a good young horse, and one to watch in the city.

Second in the race was The Regiment, who has four seconds in a row, and must be due for a win.

Race one, the two-year-old maiden, was won by Peidra, trained by the Hayes-Dabernig team at Flemington and ridden by Luke Nolen.

Outsider Girl On A Train, trained by Cameron Templeton at Pakenham and ridden by Damien Thornton, paid $93.80 at the tote for the win in race two.

The race four maiden plate was won by the impressive Foxy Lady, who is trained at Mornington by Matt Laurie and ridden by Beau Mertens.

Sir Mask, trained by Dean Binaisse at Mornington and ridden by Mikaela Claridge, won the final race, another benchmark 64 handicap. No Nonsense Ned, who is trained at Sale by Ian Hutchins and ridden by Kate Walters, raced well to finish in second place just behind the winner.

The next meeting at Greenwattle will be held on Wednesday, July 31.