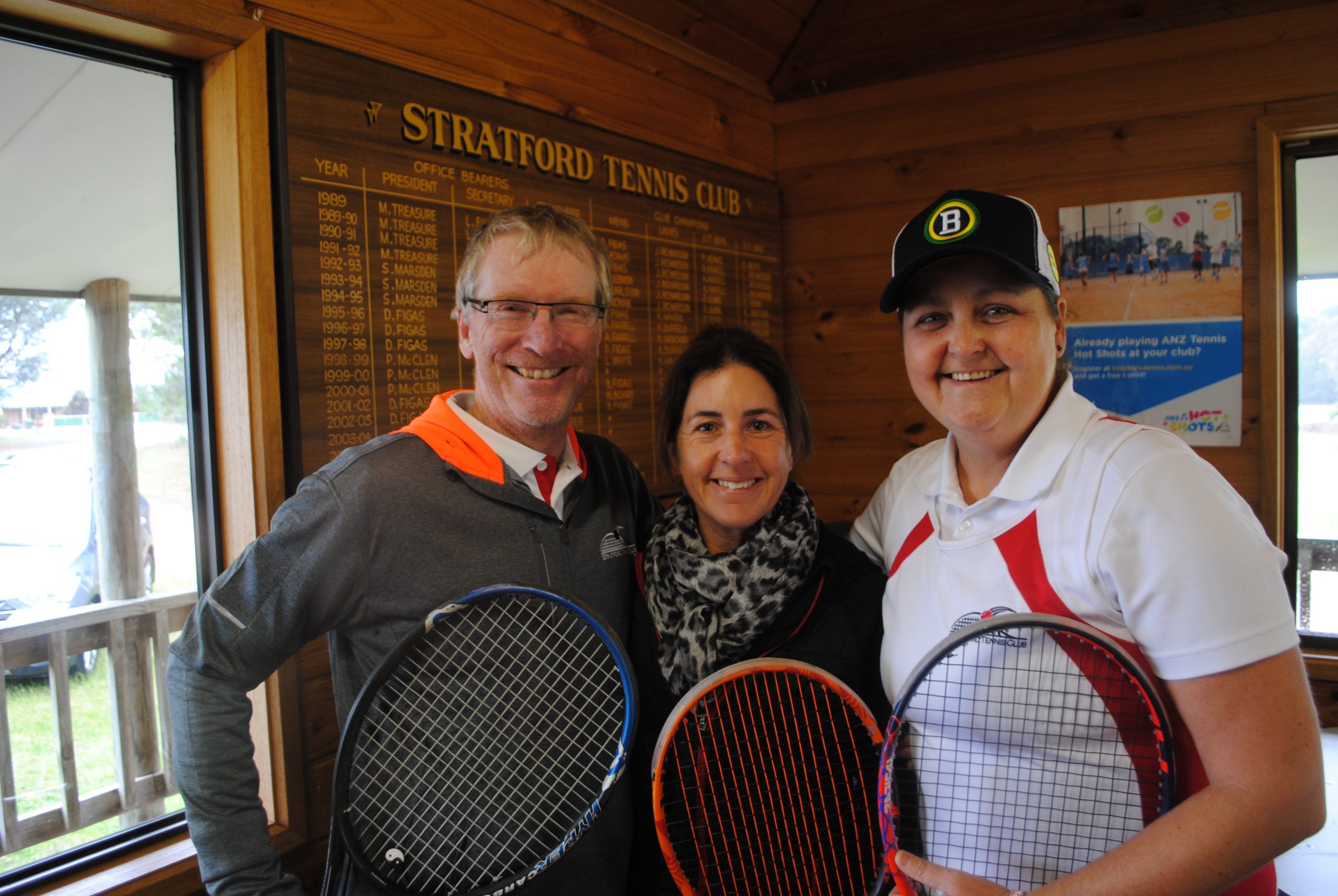 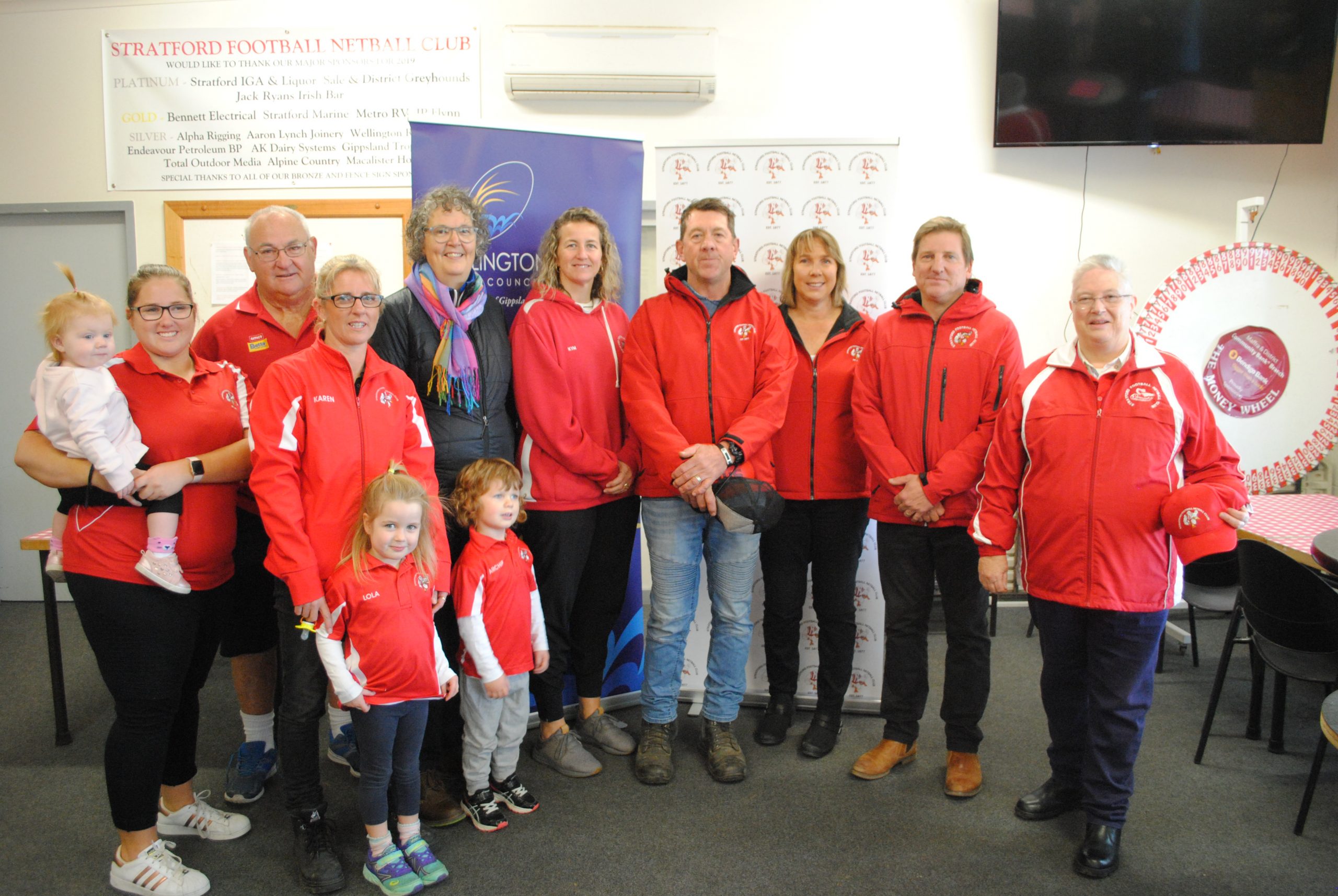 THE Stratford sporting community had reason to celebrate on Friday after $1.3 million in funding was announced for upgrades to two of the town’s recreation reserves.

Stratford Recreation Reserve, home to the Stratford Football-Netball Club and Stratford Cricket Club, will receive a $945,000 upgrade to its change rooms to bring them up to a female and family friendly standard.

And Stratford Tennis Club will also receive a boost, with four tennis courts set to be replaced at Pine Lodge Recreation Reserve.

At Stratford Recreation Reserve, the existing home and away change rooms will be refurbished, while netballers will receive new standalone netball change rooms close to the current courts.

Stratford Football-Netball Club president Matt Telling said it was welcome news for the community and users.

“The current conditions are run down, so having the new rooms is going to make it easier and more user-friendly,” he said.

“The rooms are going to be massive and the girls will have their own trainers’ room so they can get taped or if any medical work needs to be done … they feel a bit more comfortable.”

As well as change rooms the complex will also have new umpire rooms, accessible change rooms and public amenities built.

“Stratford is a growing town and I believe having a football, netball and cricket club is all very important for mental health and fitness.

“Having these facilities means that we can [encourage] more people to come and pull on the boots and colours and enjoy Stratford Recreation Reserve.”

Stratford Recreation Reserve user groups raised a remarkable $50,000 to go toward the project, and received additional backing thanks to $500,000 from the state government and $395,000 from Wellington Shire Council.

Wellington Shire mayor Alan Hall said the redevelopment would enhance the clubs’ ability to operate in a family-friendly environment.

“This upgrade is important to Stratford, because the sporting clubs using this facility are already very inclusive with both men and women performing all roles within the clubs equally – now they will have facilities that emulate that,” he said.

At Pine Lodge Recreation Reserve the current Stratford Tennis Club courts have only received minor repairs since being laid down in the early 1980s, and have well and truly seen better days.

Club president Mark Kennedy said the overhaul would allow more people to enjoy the game all year round.

“The current … courts are very old and faded, there’s actually quite a few cracks appearing in the courts and unfortunately they don’t drain as well, so even if there is a small shower of rain it puddles which makes it impossible to play,” he said.

“We’re hoping with the new courts and improved drainage it will help us get back on the courts a lot quicker.

“The new courts are needed because they [the current ones] don’t meet specifications with the fact there is grass around the courts.

“.. the new courts will have the asphalt surface all the way to the fences.

“We’ve been looking forward to this for many years and we’ve been building our base of young players and we’re hoping that these new courts will attract a lot more players.”

Stratford Tennis Club will contribute $30,000 to the project, Wellington Shire Council $135,000 and the state government, through its Community Sports Infrastructure Fund, $250,000.

Like the recreation reserve upgrades, Cr Hall expected only good things to come from better tennis courts for the Stratford community.

“It will be fantastic to see the new courts for the players using the facilities, who range in age from toddlers in the ‘toddler tennis’ program, to the seniors who have been loyal to this club for many decades and still enjoy a hit,” he said.